I really like the idea of “witch bottles”, which were featured in Sean McLachlan’s story in the recent IWSG anthology. An old bit of European folklore, they were ceramic bottles with the face of an old, bearded man carved into them that were said to capture witches’ spirits. I’d never heard of them before and was fascinated.

Cool fact! My favorite bit of random trivia is knowing that TODAY is National Read a Book Day!
And Friday is International Literacy Day.

3- Have you ever used the thesaurus to find a "smaller version" of a "big" word?

I can’t remember doing this, but I should try it. I have a tendency to use needlessly elaborate words if left unchecked!

4- What's your favorite part of the #atozchallenge for bloggers?

Definitely getting to know a whole host of new and wonderful bloggers and learning about all sorts of things that I knew nothing about, as well as hopefully making long-term connections.

5- What ignited your passion for writing?

I dabbled in writing at school, penning short plays and sketches for the drama club, and joined a journalism group at college (16-18), but it wasn’t until I travelled round the world at 21 while keeping a journal that I decided to be a writer. That’s when my eyes were opened to all the stories and characters that are out there.

6- You joined the IWSG in May 2014. How has that impacted your writing and helped you as an author?

It’s impacted my writing immeasurably. Offloading problems and issues to do with my writing is not something I want to be doing all the time, so it’s a great to have a space that’s dedicated to that. The comments always pep me up and I’ve put the advice received into action many a time.

7- What's your favorite invention from the past two years?

That’s a tough one. I’m a bit of a Luddite and not too up on modern technology!

8- Would you share a picture with us of your dogs? 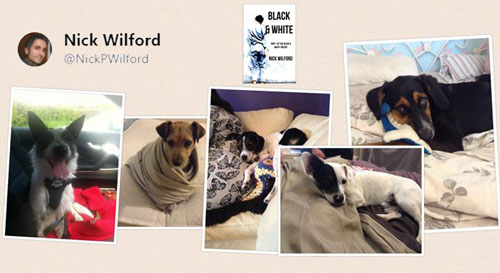 With five of them, you can imagine it’s hard to get them all in one place for a photo, so how about a nice collage? As you can see, they like to snuggle. L-R: Pippa, Rudi, Tobi, Charlie, Benji (that’s also the order we got them).

9- What are some of your short and long term writing goals?

Long-term – work on some of the other ideas I’ve had piling up. This series has occupied a great deal of my attention over the past five years, and while it’s a lot of fun spending time in that world, I’m ready to tackle my next big project! Eventually, I’d love to go back to my roots and have a go at some form of screenwriting, whether that would be a movie or a serial. A lot of research required, but I’d enjoy it.

10- Who is currently your biggest fan? What does that person love most (or "ship") about your debut novel?

I’d have to say my biggest fan is Kyra Lennon, an awesome author who I first met in the A-Z Challenge back in April 2012. She’s critiqued nearly everything I’ve written and of my current series, she says: “I found myself drawn in every time I picked it up. The characterisation is exceptional - very strong characters with distinct voices.” Thanks, mate!

11- Would you please tell us more about your campaign to get a dedicated specialist college built in Scotland?

That campaign was started to help my stepson Andrew, who had cerebral palsy. He was leaving school and there just wasn’t a higher education facility in Scotland that could give him the dedicated, one-on-one attention he needed to thrive, as well as the specialist equipment required. If we hadn’t fought for him, he would have attended a mainstream college where he would have just been on the fringes of the system and actually doing things that were going backward in terms of his development – the most exciting thing they offered was making collages. Andrew had secured a place at a fantastic specialist college in the north-east of England, with state-of-the-art equipment, where he was set to study film editing.

Unfortunately, he passed away in November 2013, before he had a chance to start. It took the wind out of our sails and our focus shifted, but we always advocate for those with disabilities whenever we get a chance.

I hope my book will inspire a feeling of empathy. My world is “the haves and the have-nots” taken to the extreme, and when the two young protagonists visit the society of the “have-nots” they see things that are the complete opposite of everything they’ve experienced. I also hope the reader will root for them to make things right.

13- Will you try your hand at song writing in the future?

Never say never. The lyrics were pretty much the worst kind of teenage poetry. I would probably do something with much more of a narrative now!

14- What most helped you to improve your writing craft?

I have to say, soaking up the amazing amount of knowledge from all the other writers I’ve met. Before I started blogging, the number of writers I knew was zero. It’s a game-changer, for sure!

That’s a pretty neat thing. Now I want to read more books that cover these categories.
I’m kind of sorely lacking, but I do have an immigrant or refugee MC!

My character Ezmerelda is very level-headed and sensible, but given to bursts of emotion when it comes to something she feels strongly about.

It’s not the cover – I’m not a massively visual person, although of course it’s good to have something nice to look at. A blurb that offers something new that I haven’t seen before will invariably hook me in.

18- What do you think is the most underrated book of all time?

A few years ago, my family were in a project where we received ARCs of books aimed at school-age children. The best one was Mavis’s Shoe by Sue Reid Sexton, set in the Clydebank Blitz in Glasgow in 1941. Told from the perspective of a girl who survives the bombing and then finds a shoe belonging to her younger sister, the rest of the book consists of her never-ending efforts to find her. Never less than engaging, the narration is spot on, and it’s a human story that I can’t imagine anyone not being able to relate to. But only three Amazon reviews! Many more need to read this.


19- How will you measure your publishing performance?

Of course I’d like to reach a lot of readers, but I don’t measure success in terms of numbers. You have no way of knowing when someone might get round to reading your book after buying it. If a review tells me that I’ve made a positive impression on at least one other person, or made them think differently, I’ve done my job.

20- What was the deciding factor in your publication route?

I’ve been self-published so far but I’m considering targeting small presses in future. Having total creative control and being able to publish pretty much anything, in any shape or format, is pretty sweet. 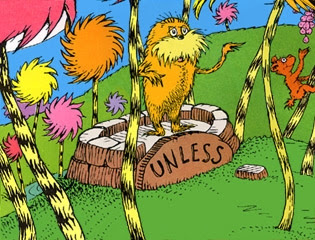 A pretty simple one, but not taking the car for short trips. Too many people do this in my town, driving to the shops or to take their kids to school even though these places are five minutes’ walk away. If billions of people followed this tip, it would make a massive difference.

22- What is one question or discussion topic which you would like the readers of this interview to answer or remark on in the comments?

Imagine you had a hidden talent you were yet to discover. Ideally, what would that talent be, and what would you do with it?

23- Anything else you would care to share about your book and yourself? 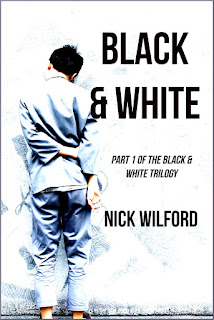 What is the price paid for the creation of a perfect society?

In Whitopolis, a gleamingly white city of the future where illness has been eradicated, shock waves run through the populace when a bedraggled, dirt-stricken boy materialises in the main street. Led by government propaganda, most citizens shun him as a demon, except for Wellesbury Noon – a high school student the same age as the boy.

Upon befriending the boy, Wellesbury feels a connection that he can’t explain – as well as discovering that his new friend comes from a land that is stricken by disease and only has two weeks to live. Why do he and a girl named Ezmerelda Dontible appear to be the only ones who want to help?

As they dig deeper, everything they know is turned on its head – and a race to save one boy becomes a struggle to redeem humanity. 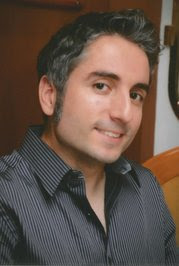 Nick Wilford is a writer and stay-at-home dad. Once a journalist, he now makes use of those early morning times when the house is quiet to explore the realms of fiction, with a little freelance editing and formatting thrown in. When not working he can usually be found spending time with his family or cleaning something.

Black & White: Book One of the Black & White Trilogy
Posted by J Lenni Dorner at 12:00 AM