The Universal Psyche and the Stories We All Know 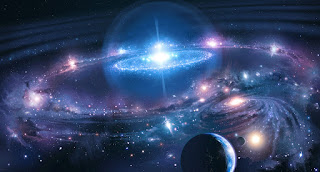 Have you ever had a fleeting idea for a story, gotten busy with something else, and then seen a suspiciously similar idea pop up somewhere else? On a TV show, movie, or even a published book?

It's eerie. How did they come up with such a similar idea to yours? *gasp* Is someone stalking you?

Or have you ever written something you thought was completely unique only to discover that Western Space Dystopian Steampunk was now the over-saturated trend in the marketplace? Darn that Firefly! 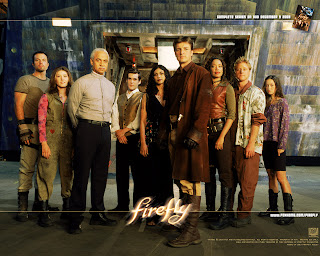 But even when there isn't a TV show or movie to revive an old concept, most writers I know have accidentally written something that fits within a trend. Here are some of the things I've seen sink into the universal psyche in the past few years:


That's just off the top of my head.
What does it mean? Why do you, Writer A, cut off from Writer B across the sea, think of writing a story about a leprechaun samurai at almost the exact same time? It's not like you both watched a movie about leprechaun samurais recently!
I submit that there is such a thing as a universal psyche that operates on a subliminal level. It offers up the stories we all grew up with and our minds twist them into our own kind of unique. In the creative process, many of us end up in a similar place. That's why there's never just one operating trend at a given time. It's not just vampires. It's vampires and fairies and ninjas. But the trends are still there. We're not copying each other (though some writers confess to writing to a trend), yet we're coming up with similar stories.
The good news for those of you who are facepalming right now: No two stories are exactly the same! Your leprechaun samurai might be as tall as a light pole and preoccupied with treasure, while my leprechaun samurai operates in a microscopic world where demonic amoeba threaten humankind.
The collective psyche is a good thing. Literature and other forms of entertainment are how we continue the generational discussion of life, death, principle, evil, hope, and fear. What Gail Carriger's over-souled vampires offered the world is different from what Stephenie Meyer's stone-faced veggie-vamps did. Both spurred thought and discussion deeper than the very brief description I just gave them.
So if you just found out your book is not the only novel about a grand duchess discovering her mother was a fairy bent on world domination, take heart.
There's no way that other story about a grand duchess's scary fairy mom is anywhere close to yours. Just remember, when querying, to pick out that thing that makes your story truly unique - the thing nobody else thought of. That's what'll get you spotted.
Happy Writing! And Happy Weekend!
Posted by Katrina L. Lantz at 11:42 AM