Myth and Science Made Mainstream: Thor, Vampires, and The First Martian Colony


But it wasn't until the 2011 blockbuster movie THOR that the Einstein-Rosen Bridge became associated with the mythical god in the pop culture psyche. Suddenly Thor's boomerang hammer and rainbow bridge aren't goofy anymore. 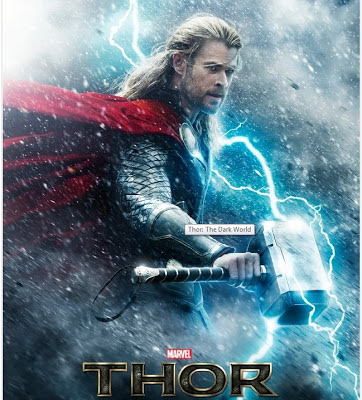 One of the things I loved about this cinema treatment of an old comic book/myth was the subtle combination of shiny technology and folklore magic. In The Avengers, Black Widow says, "These guys are basically gods."

Basically. But not really.

And in the first Thor movie, Thor says, "Your ancestors called it magic. You call it science. Where I come from they're one and the same."

One of the things I enjoyed about Twilight, aside from the intense rip-roaring emotion and curly-haired hilarity of Emmett, was the sci-fi idea slipped into vampire lore that the same evolution or God that brought us the shark and the angel fish could have brought us the vampire and the human.


"Well, where did you come from? Evolution? Creation? Couldn't we have evolved in the same way as other species, predator and prey? Or, if you don't believe that all this world could have just happened on its own, which is hard for me to accept myself, is it so hard to believe that the same force that created the delicate angelfish with the shark, the baby seal and the killer whale, could create both our kinds together?" -Twilight by Stephenie Meyer

Speculative fiction. My absolute favorite place to play. Whether I'm reading or writing, it's just a wonderland for the imagination, tickling the very edges of our knowledge with the as yet unknown.

It influences our scientists, engineers, inventors:

Self-driving cars, spray-on skin, and even invisibility cloaks have leaped off the pages, gone from science fiction to science reality.
And maybe you don't know about this but I'll bet most of you do, there's a soon-to-be reality TV show all about the first colonizers on Mars, from selection to training to the actual flight and colonization of the Red Planet.


Ha ha! "The search for life on Mars begins on Earth." Brilliant!

Speculative fiction does a great service to humanity as well as being a ton of fun. It keeps us hoping for a better future, and sometimes warns us of technology abuses (cough, cough, Cybermen) that could destroy us in a horrifying echo of excruciating shrieks.

So, okay, some of it's scary. But that's only so we can resolve the conflict with the other side of the creativity coin.

Have you ever been inspired by technology or magic in fiction?

Great stuff today. I enjoyed the Twilight series, but didn't catch their reference to evolution/creationism.

I am a speculative fiction fan since childhood when I read Thor comic books. I don't understand the prejudice toward genre fiction (as Ursula LeGuin touches on in one of her essays). Yet as an undergraduate writing fantasy, I experienced it.

I'm guessing it has to do with personal interests and why so many things are "niche" while only a few things ever gain mass popularity. Personally, I enjoy both the mainstream and the niche, but not all mainstream and not all niche. :)

Rest happy, Lin, that fantasy and science fiction will always have strong followings, and some of the most devoted fans ever!

(My husband has a Thor hammer on his key chain. A gift from me.)

Easy to miss, just one little paragraph in their rambling courtship (I do love the rambling). I catch these things because they fascinate me, the explanations authors give to help us suspend our disbelief. :)