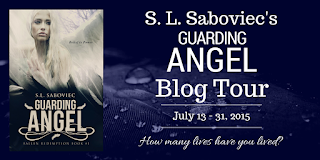 Hello, everyone! This is S. L. Saboviec, and I’m pleased to be a guest today on Operation Awesome. I’m author of the Adult Paranormal novel Guarding Angel, and I’m here to talk a bit about my writing process.

When I first started writing, I knew very little about it. (I know, shocker!) I tried different things to flesh out my characters—character questionnaires, interviews, analyzing their personalities, taking online quizzes—but only when I evolved a character development method did I started to become comfortable. In addition to analyzing their personality traits, I examined their relationships with one another.

Character Growth: Not Just For Characters

The books we most engage with are ones where characters grow as they overcome challenges. But the characters themselves don’t just grow—their relationships with everyone around them grow. Maybe they meet someone new and fall in love. Maybe they love someone but end up divorced. Maybe they have a strained relationship with their child and mend it, or have a great one and ruin it. These relationship changes are what make up good stories.

Not only that, but these growing relationships are the stuff of delicious sub-plots: the man who launches a friend’s rescue saves the world from evil aliens (Chronicles of Riddick) or the mother who struggles with her son’s heinous crime comes to terms with who she is as a person (We Need To Talk About Kevin). Chuck Wendig states it even stronger than I have: Character relationships are what makes your plot, not just your sub-plots.

How to Make Your Character Relationships Grow

When getting ready to write a first draft, I have a spreadsheet I call my “Book Map.” Yeah, I’m a plotter… But don’t run away if you’re not! Besides my plot outline, which is totally optional in this method, I keep detailed character information that I refer back to as I write.

An example of this would be one I would have done between Enael and Kaspen for Guarding Angel:

·         At the beginning, Enael sees Kaspen as: mysterious, intriguing, and more committed to his Wards’ development than any other Guardian she’s met.
·         At the end, Enael sees Kaspen as: worth fighting for, her soul mate, and strong for having struggled through so many hardships.
·         Growth arc: When Kaspen makes a poor decision because he wants to protect humans, Enael fights for him. (I’m being vague here so I don’t spoiler anything—in case you decide you’d like to read my novel—but when plotting, I would point to specific actions she takes and how it connects to my overall plot.)

I would do a similar one for how Kaspen sees Enael, which would explain why he falls in love with her. And so on, throughout all the major characters. One of my current works-in-progress has twelve major characters, so that’s 12 x 12 = 144 character opinions of other characters to consider. It was a time-consuming exercise, but I usually don’t do every single one, since not all the characters meet or have strong opinions about one another.

And it’s useful in more than one way:

Hopefully this insight into a small part of my writing process has been useful. For me, the “hair color / eye color / mannerisms” character sheet lists don’t cut it. I need to get into my characters’ heads and really understand what they think of each other. Hopefully I gave you some things to think about and perhaps even strengthen your next revision.

I’m a self-published author whose dark, thought-provoking science fiction & fantasy contains flawed, relatable characters and themes that challenge the status quo. Guarding Angel is on sale for $0.99 right now. You can find it at several major eBook retailers and on Amazon in paperback. The sequel, Reaping Angel, will be released in early 2016.

You can also follow me on social media, check out the other stops on this blog tour, or if you like my work, sign up for my newsletter: 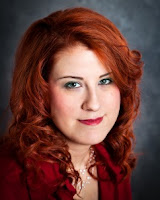