This week for our Wednesday Debut Interview, we're chatting with EB Wheeler about her brand new YA paranormal novel, The Haunting of Springett Hall. 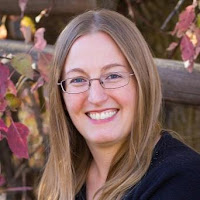 First off, tell us a bit about yourself! What's one thing people might not expect about you?
Where to start? I’m a serious history geek. I have a weakness for vegetable masala and cheesecake. I’m a Taurus. My guilty pleasure is Gothic romances. I’ve learned some fencing, but I’m pretty bad at it. Maybe some of those are to be expected, though. Here’s one: My critique group has pronounced me to be the world’s fastest chicken-peck typist. Due to nerve damage and paralysis in my hands from a spinal cord injury, I can’t use all my fingers, but I type at least as fast of the rest of them. :)


Mmmmm... cheesecake...
How would you describe THE HAUNTING OF SPRINGETT HALL in one sentence?
It’s about a ghost who has to solve her own murder to protect a household full of victims from a necromancer’s curse. (Those elevator pitches come in handy!)

How long as this process taken for you, from the time that you began the first draft of this book until the date of its publication?
By the publishing industry’s time scale, it went really fast—a little under two years. I wrote my first draft for NaNoWriMo in November 2013, did lots of revising and started querying in early 2014, and pitched it to my publisher at the League of Utah Writer’s September 2014 conference. I got an offer of publication about a month later, and here we are in July 2015.


The name "Springett Hall" brings to mind a certain old-fashioned opulence. Was the setting of this story based on any place in particular?
Not particularly. I pulled the name “Springett” from my “cool names” file, and I researched a lot of old houses as I was writing to keep the setting accurate, but there’s not one individual place that inspired it.


Which aspect of this book did you most enjoy writing?
I really had a lot of fun writing the creepy stuff, but I think I liked writing the interactions between Lucy and Philip the most.


Every writer experiences some rejection and setbacks along the way. How did you learn to cope with them and move on?
I think, for me, the key to getting up and moving forward after a setback is that I love to write—I can’t seem to give up telling stories. I realized I would keep doing this even if my manuscripts never saw the light of day, so when things were rough, I focused on getting lost in the writing—the part that makes me happy and keeps me enthusiastic. It also helps that I have an incredibly supportive writing group and a husband who believes in me.


How did you find your publisher? What makes them a good fit for you and your book?
I found my publisher by pitching to their editor at a writer’s conference. I had read and enjoyed other books they’d published, and the editor was so enthusiastic about the story, both when I pitched it and when she made me the offer, that I felt very confident it would be a good fit, and it has been. The editing process made the book stronger while keeping the things that I loved about it, and the cover they designed was a perfect complement to the story.

I love the cover of your book. It immediately reminded me of some of the ghost story novels I enjoyed reading when I was a kid -- like this one from Bruce Coville's The Ghost Wore Gray. How much say did you have in the cover? What do you want it to tell your readers about your story?

My publisher had the final say on the cover, but they did ask for my input. They made sure they understood what the character looked like (It bugs me when the person on the cover is blond but the main character is supposed to be a brunette, or similar major inconsistencies) as well as the setting, and what sort of mood I wanted from it. I asked for something “spooky but hopeful,” and pretty enough to give it the right historical flavor. This is a book about accepting and overcoming the negative things that happen to us (sometimes through our own mistakes), so there’s some somewhat dark things in it, but also plenty of hope, and I think they captured that balance beautifully.


I agree!
Tell us about the title: THE HAUNTING OF SPRINGETT HALL. Was this the original title you'd had in mind? If not, what made you change it?
Because of the Victorian setting, I wanted to do one of those long, old-fashioned titles and call it, “Within the Sickle’s Compass; Or, The Haunting of Springett Hall.” The “Sickle’s Compass” part relates to some elements of the story, but the publisher nixed it, even when I pointed out that Patricia Wrede’s Regency fantasies have titles like that. On reflection, I realize my editor made the right call. :)


What's next for you after this book debuts? Is this book going to be part of a series?
I’ve considered doing a sequel, but the book is meant to stand alone and I don’t have any immediate plans for a follow-up. I signed with an agent for my next YA Victorian fantasy, and we’re currently doing revisions on it before we start submitting. I’m also working on an adult historical fiction, so I’m keeping busy!


How does it feel to finally have your book out in the hands of readers? Do you have any events planned you want people to know about?
It feels so amazingly good! I’m doing a book launch party at The Book Table in Logan, UT on July 18th to celebrate, and I’ll be at Salt Lake Comic Con at the end of September. I’d love to see people there!


I might see you there!
Is there any other advice you'd like to pass on to others pursuing publication? Anything you would have done differently?
I wish I could go back and tell myself to relax and enjoy it more, but I’m not sure that advice would be helpful, since it’s so hard not to get stressed out about something you care about so much. Instead, I’d say to try to look at the big perspective, even when things get bumpy, and to remind yourself why you love to write, because that passion is what’s going to keep you hanging on to your sanity and pushing through the rough parts.


And, just for fun: what was your favorite childhood ghost story or novel?
Ooo, that’s hard; there were several I remember. I’m actually a giant scaredy-cat, so I avoid the truly hair-raising books and movies, but I do like “cozy horror” and books with ghosts as characters, and I love the kinds of stories that leave you with a little chill, wondering, “Was that a ghost, or is there another explanation for it?” There was this one book about a ghost collie that helped a little girl whose mother died—thanks to a quick Google search, I’m fairly certain it’s Shadows by Lynn Hall—that I loved so much I wouldn’t return it to the library. I have a feeling my mom ended up having to pay for it (yeah, I feel bad about that now).


Thank you so much for your participation in this Wednesday Debut Interview!
Posted by Unknown at 12:30 AM