1- What inspired you to hold a monthly writing contest?

I felt having a monthly contest would be different than the usual weekly writing prompts. It also helps save me time between blogging, writing, reading, editing others' work, and my day job. However, I haven't yet had any entries since I started it, so I may choose something else for my blog.

As a child, I had an overactive imagination. I always wrote them down. There hasn't been anything I wanted to be other than a writer.

3- What was your week in Atlanta at Horizon Theater like?

It was an experience. I didn't know what to expect. It was because I won a one-act playwriting contest that I even got to go. I was surprised I won because playwriting isn't my main interest. My professor at that time urged me to send in the one-act I write for his class. The best part of me spending the week in Atlanta was that it was the first time since high school that I got to reconnect with my best friend ever since forth grade.

Some humor for you, Angela, because you like Goldfish:

4- Who is currently your biggest fan? What does that person love most (or "ship") about your debut novel?

I'd say my mom. There has been very few people to even read my debut before I published. She kept urging me to finish and send it off, even before I was satisfied. She's honest when she says she loves my writing. It's not even the genre she'd normally read. I think what she loves the most is that I based my main character off of someone close to me in real life.

5- What emotions do you hope your book will evoke for the reader, and is there a particular scene you hope will resonate with readers?

There are some "shockers" that I hope readers will be upset over, but at the same time knowing it was bound to happen. I can't give away too much of the story because I want readers to buy and enjoy.

6- What is the most memorable trait or visual oddity of one of your characters?

My main character, Lieutenant DeLong, has good instincts that tells him whether something's not right.

7- Is there any diversity we can look forward to in your book?

Throughout each character and with the investigation itself.

8- As a reader, what most motivates you to buy a new book to read?

Either subject interest or a favorite author.

9- Care to share a pic and fun story of your cat?

My cat is as human as they come. Her name is Maggie, after Liz Taylor in "Cat on a Hot Tin Roof." She's spoiled, but too sweet for words. I always wanted a cat that liked to follow me around...well, be careful of what you wish for! She does so to a fault. She loves playing and looking out my window. Maggie also is very smart. She knows what she's not allowed to do, but sometimes she tends to test me to see if she'll actually get squirted with the water bottle. If that happens, she just stares as if to say "I dare you to do it again." For a cat, she's very well-trained. If only she could use and flush a toilet! 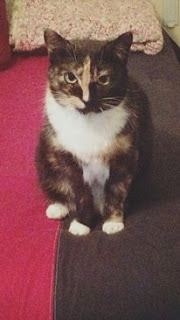 I spent years deciding what I wanted to do. I always wanted to go the traditional route, but after I finished writing "The Murder of Manny Grimrs," I decided that I was not only too impatient, but indie authors were capable of succeeding. After talking to some of my author friends, I was introduced to my publisher. Working with him, I learned a great deal.

11- Anything else you would care to share about your book and yourself?

Equipped with a professional writing degree from Augusta State University, Angela Kay is a southern lady who spends her days and nights dreaming up new ways to solve dark murders of normal people.
Angela Kay is one of 23 across the United States to win a 2009 playwright contest for her one-act entitled “Digging Deeper.” Because of this, she was able to spend a week in Atlanta at the Horizon Theater Company.
She lives in Augusta, Georgia with her crazy calico, Maggie.
You may visit Angela at angelakaysbooks.com and www.facebook.com/angelakaysbooks. 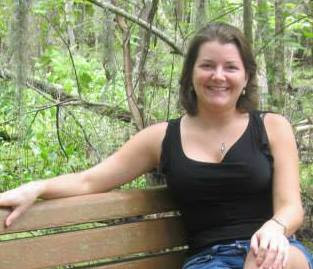 When three young boys stumble into Lieutenant Jim DeLong’s life one night during a winter storm, they claim they've seen a dead body by the swing sets of the Columbia County Elementary School. After he investigates, DeLong sees no evidence, not even a body.

But were the boys telling the truth?

With the help of his oldest friend and mentor, former Naval investigator Russ Calhoun, DeLong sets out to find whether Manny Grimes is alive or dead. The further away he gets to the bottom of the mystery, the closer he comes to realize that his own life is falling apart.

Delving deeper into the murder of Manny Grimes, Lieutenant DeLong begins to unravel, losing his sense of control, falling into old temptations he spent years to overcome.

Will he be able to move past his own demons and untangle the web of lies before it’s too late? 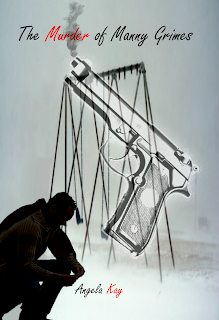