I have an obsession with book launch parties. I regularly search #booklaunchparty on Instagram, checking out what fun parties authors are throwing. You see, after reading & writing, my third passion is party planning. Finger foods and desserts are my favorite kinds of foods, and then you add in themes & color schemes, and shopping trips to Hobby Lobby, and I'm in heaven!

So when I ran across Carrie Anne Noble's book launch party for her latest novel, The Gold-Son, I just had to share. I love how perfectly she incorporated a forest theme that goes along with the tree on The Gold-Son's cover, and the beautifully set up food table. 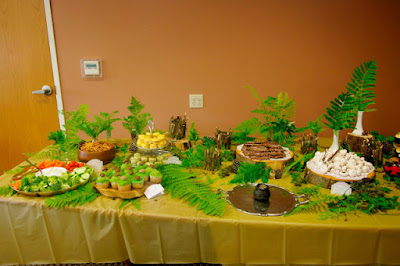 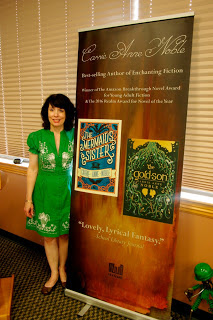 To see more pictures of the lovely event (there are rainbow cupcakes & bat cookies!), make sure to visit Carrie Anne's blog. And how good does The Gold-Son sound?! 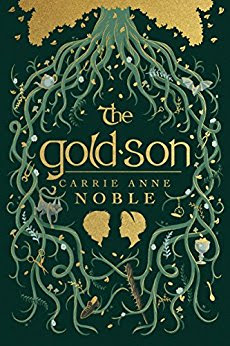 All sixteen-year-old Tommin wants is to make beautiful shoes and care for his beloved grandmother, but his insatiable need to steal threatens to destroy everything. Driven by a curse that demands more and more gold, he’s sure to get caught eventually.

When mysterious Lorcan Reilly arrives in town with his “niece,” Eve, Tommin believes the fellow wants to help him. Instead, Lorcan whisks him off to the underground realm of the Leprechauns, where, alongside Eve, he’s forced to prepare to become one of them.

As Lorcan’s plans for his “gold-children” are slowly revealed, Tommin and Eve plan their escape. But with Tommin’s humanity slipping away, the fate-crossed pair has everything to lose unless they can find a way to outsmart a magical curse centuries in the making.

Posted by Leandra Wallace at 8:02 AM