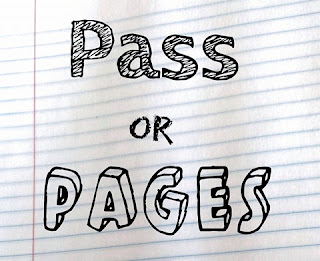 Like most seniors, Cortez has a few goals for his last year of high school: get the girl, get into college, don't piss off the one-eyed murderous psycho in control of the island of convicts. [JD1][WA1] [AS1]

Cortez is sent to the government-owned island housing the most hardened criminals for a crime he didn't commit.[JD2][WA2] He stumbles into a commune of convicts [WA3] ruled by Mason[JD3] and tries to find allies among the murderers. After he gets on Mason’s bad side, Cortez is rescued by Sam—the leader for a group of female convicts hidden on the island. Together, they learn Mason is a puppet for a group using the island to manufacture drugs and that once his servitude is complete, the gang will take Mason off the island and kill those left behind.[JD4] Cortez and Sam must come up with a plan to escape before Mason sadistically punishes the islanders that oppose them. [WA4]

A combination of The Maze Runner and Arrow[JD5][WA5], CONVICT ISLAND is an 80K-word YA adventure centered on the humorous voice [AS2] of a minority[JD6] protagonist [AS3] outside the typical urban setting. [WA6] The story also touches on the issue of the overflowing US prison system. When the number of inmates becomes too great, perhaps something similar to the British unloading convicts on islands to fend for themselves isn’t too far-fetched.[JD7]

***********
Jess's Notes:
[JD1] The fact that he is living there should be mentioned here.
[JD2] Rework this sentence; it doesn’t make sense.
[JD3] How does he stumble into it if he was sent there?
[JD4] I would have stopped reading here. I don’t quite understand who Cortez is or why he’s been sent to this island or what the crux of the story is.
[JD5] Capitalize titles and include author/network of show.
[JD6] Specify which minority group he belongs to.
[JD7] If this is a theme your manuscript touches on and is important to the story, it needs to come out more in the description. Based on the paragraph above, this wouldn’t have entered my mind.

Whitley's Notes:
[WA1] For YA, we know going in that the MC is a teenager. We don't need it to be spelled out how "like" other teens they are. Cut to the chase, and hook us with an exceptional book.
[WA2] While good to note, I wouldn't lead with this detail since it doesn't appear to have any weight on the major plotline.
[WA3] I want a clearer understanding of what the world of the island is. Is landing on the island a life sentence, or are some inmates eventually going to get out? (Noting Cortez wants to get into college makes me think the latter). Are the inhabitants wholly ungoverned, the convicts free to do anything so long as they leave the island? Or is there some sort of body (beyond Mason's gang) overseeing the island?
[WA4] So the main motivation in the novel for both Cortez and Sam is escape from Mason?
[WA5] Comp title choice? When I hear Arrow, I think superhero. (But then, I don't watch Arrow, so maybe I'm just missing something?)
[WA6] Unnecessary. The setting is understood from the query. I'd just say "A combination of The Maze Runner and Arrow, CONVICT is an 80K-word YA adventure that features a latinx protagonist."

Andrea's Notes:
[AS1] I think that this could potentially be misleading/confusing to agents. You might be better off simply leading with the title of the book, the genre and comp titles.
[AS2] It’s usually best to let agents determine whether the voice is humorous from the sample pages (vs. telling them in the query letter).
[AS3] One thing to be aware of: with the prominence of OwnVoices these days, it’s important to editors that the author share their protagonist’s ethnic or cultural background. So if this is an OwnVoices project you’ll definitely want to mention that in your query letter.

The sunlight is blinding after an uncertain number of days and nights held captive below deck. I squint to see the island that’s likely to be my grave.

The ship lurches and turns until it’s parallel to the island like [WA1] we’re about to walk the plank [AS1]. The officer speaks. I hear nothing. He puts a knife in my hand. I shove it in my pocket absentmindedly as if just given spare change.

“You animals aren’t the first brutes to be dropped off,” the officer tells us [WA2]. “There’s more like you here. Unless they’ve killed each other.” He laughs with his subordinates. They enjoy this—like spectators watching gladiators. “You’re jumping overboard here. We’re not wasting fuel to get closer for your convenience.”

The island looks big enough for me to possibly avoid the others for awhile. Unless it’s crawling with them. With us.

Deadly scenarios had run through my mind on our trip here—being beaten to death by heartless men free to do what they wish or being devoured by a man-eating cat—but surfacing now is the possibility of drowning before I even get to the island. I can’t swim.

The guard reads my concern. “Don’t worry, buttercup. I’ll lend you a raft.” He chucks a bag overboard. It pops open and morphs into a bright yellow raft, the wind tossing and spinning as it descends [AS2] to the water.

Me and the two others look from the raft to each other, realizing the game of survival starts now. [WA3][AS3]

[WA1] I’m not sure I understand the connection here, and honestly, I don’t think this needs to be stated. “You’re jumping overboard” doesn’t hold as much shock value when we already have walking the plank in our minds.
[WA2] Us being who, exactly? We later learn it’s the two other convicts, but that should be stated up front.
[WA3] Overall, this sample feels so removed from the speaker. For such a terrifying moment, I don't feel any of Cortez's fear, and I don't have a sense of whether he's a fighter or a flyer.

Andrea's Notes:
[AS1] Maybe not necessary? We already have a sense of the situation from the surrounding context.
[AS2] ….spinning it as it descends…
[AS3] Nice sense of tension straight from the start.