They Called Me Wyatt by Natasha Tynes link


1- Would you tell us something about Jordan that many people don't know?

Do you want to hear a fun fact? Do you know that it actually snows in Jordan? When I first moved to the US people kept asking me if it was my first time seeing snow. Of course not. I played with snow all through my childhood.

I have always known that I was going to be a writer. As cliché at it may sound, writing was my true calling. I just knew it very early on, maybe when I was nine or ten years old. That’s why I pursued journalism as a career, because I was attracted to the writing aspect. I only started writing fiction in my late twenties after I read a profile of Yiyun Li in the Washington Post. I was really impressed by the fact that when she moved to the US she hardly knew any English, and that she first majored in science, and later on switched her major, pursuing her love for writing. I started writing and publishing short stories, before I wrote my debut novel.

4- Do you believe that fans of the movie "The Invisible" or The Lovely Bones will enjoy your book and why?

My Twitter handle is @natashatynes. The writer friends that I would like to give a shout out to are: @Christinamac79 and @smariedowning

6- Would you share a picture with us of your book? 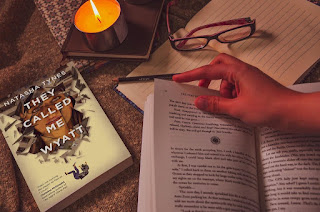 7- How excited were you to see yourself in Writer's Digest? Did you know about it beforehand?

Being published in Writer’s Digest is definitely a dream come true. Yes, I knew about it beforehand. They contacted me a few months before the publication after they found out about my book on Goodreads.

I pick books mostly based on friends’ recommendation. I still believe that word of mouth is the best marketing strategy out there.

Author name: Imbolo Mbue
Title: Behold the Dreamers
Love because: I loved it because it was very well written and tackles issues I’m interested in like immigration, race, and the pursuit of the American dream.

I think my biggest fan is my publisher Robert J. Peterson. He believed in me and acquired my book, and he is always supportive as you see in this twitter thread: https://twitter.com/robertjpeterson/status/1089590271904337920

Team, I've got a quick thread coming about @CalifColdblood author @NatashaTynes, whose #ownvoices debut THEY CALLED ME WYATT drops in June. There's oodles of buzz and cool stuff afoot, so I wanna shine a bright spotlight on her and her sparkling work.
— Robert J. Peterson (@robertjpeterson) January 27, 2019

I think the biggest takeaway I want is a better understanding of the identify of Arab women and the struggle that they face both at home and elsewhere. Also, I wanted to shed light on the hurdles people face when they move to a different country and how they battle issues of identify race, and the need to belong. It’s like being in purgatory. You don’t belong anywhere anymore.

Your blog article stirred my belly and made me nod along as I sighed with understanding.
13- Do you have any suggestions for a way to increase tolerance via online communities and social media?

I truly believe that fiction can combat racism and promote understating and tolerance of other races. When you get in the character’s head especially a diverse character, you develop empathy, and you truly get a better understanding of people of different races, cultures and ethnicities.

Wyatt has a birth mark on the back of his head. Siwar died by falling from a building. She cracked her skull. Any link between the birthmark and the location of the skull fracture? The readers should be the judge of that.

My book has characters from all over the world: There are Jordanians, Americans, a Greek an Italian, an Indian, a German. My characters have different racial backgrounds and speak different languages.

I’m so grateful for all the book bloggers who reviewed my novel. A special shout out to https://jessbookishlife.wordpress.com/

I tried to get an agent for over a year with no luck. I went with California Coldblood Books mostly because they believed in the novel, and were very excited about it and also because they were open to unagented submissions.

I love book reviews, and I wrote some myself. I think book reviews are extremely important because that’s one way for authors to hear from readers, and see what resonated with them and what didn’t work. I read every single review about my book (on Goodreads, Instagram, blogs, etc) and I want to continue to do so. I want to see if I succeeded in stirring emotions in the readers. I want to know what annoyed them and what they truly hated. I want to be a better storyteller.

One issue that has been on my mind lately is the challenge Own Voices writers face. We are criticized for showing the faults in our own culture and also for commenting on other races and cultures. We are always in the position of damn if we do and damn if we don’t. I wonder if readers of this interview agree and would like to shed light on this.


Natasha Tynes is an award-winning Jordanian-American author and communications professional based in Washington, DC.. She has appeared on a number of national and international TV programs, including Larry King Live, PBS's Foreign Exchange with Daljit Dhaliwal, Paula Zahn show, CBS's This Morning, Scarborough Country, and BBC's Up all Night. Her byline has appeared in the Washington Post, Al Jazeera, Huffington Post, and the Jordan Times, among many other outlets. Her short stories have been published in Geometry, The Timerbline Review andFjords. Her debut novel They Called Me Wyatt will be published in June 2019 by California Coldblood Books, an imprint of Rare Bird Books. Tynes was born in Amman, Jordan. She moved to the US when she was 28 years old. 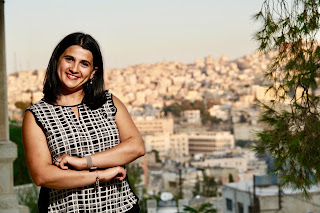 They Called Me Wyatt by Natasha Tynes link
Posted by J Lenni Dorner at 12:00 AM