They Could Have Named Her Anything by Stephanie Jimenez


Today's spotlight shines a debut author who has already become a best-seller!

1- "Sleeping In" is my favorite song by The Postal Service. What's yours?

My favorite song by the Postal Service is Nothing Better and seeing Jenny Lewis perform it with Ben Gibbard this summer at the Forest Hills Stadium in Queens, New York was a real highlight of my life.

Enjoy the writing because it’s the best part of the process. Don’t pay attention to trends. Have courage and keep your faith in your own voice.

I started writing as a teenager when I was unsure of basically everything except my passion for writing. I started a Blogspot with a friend from high school and we posted poems religiously. It was the first writing community I ever had. At fifteen and sixteen, I understood the value of writing in community.

4- What organizations might you suggest to those who want to help the humans being detained for allegedly committing a possible misdemeanor in the US?

I’m not sure I understand this question—however, as someone who works in the nonprofit world and actively donates, I can gladly direct readers to my favorite organizations. If you want to support organizations that are doing good work to reform prisons, consider donating to the ACLU or The Marshall Project. If you want to support organizations that are helping migrants at the border right now, consider donating to RAICES Texas, No More Deaths No Mas Muertes, and Immigrant Families Together. If you want to donate to support reproductive rights and justice, donate to (link: http://Rewire.News) Rewire.News, the National Latina Institute for Reproductive Health, the Doula Project.

My twitter handle is @estefsays! And absolutely, would love to shout out Loan Le (@loanloan) and Sandra (@kumwongsandra)

6- Would you share a picture with us of your book in the city? 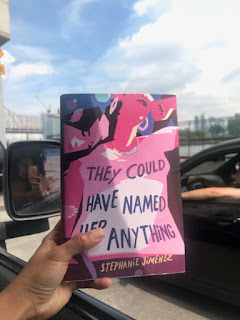 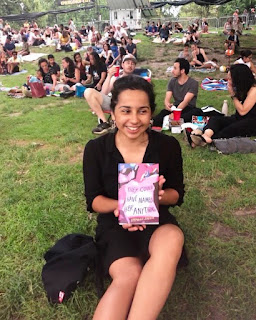 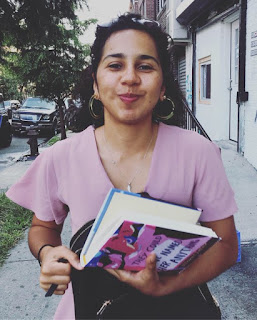 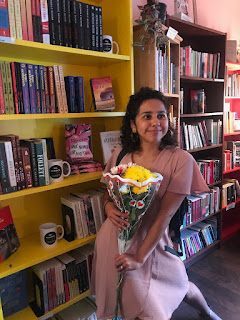 7- Do you have a tip or piece of advice to offer today's teenagers?

Don’t be afraid of asking for help. I know you got things under control but trust me—there are people out there who can bring you to even greater heights.

I’m interested in the way women have been surviving and even excelling in the world. One moment, I’m reading about an early 19th century Mexican American woman botanist and explorer, and the next I’m devouring a nonfiction book about the young women in America who were coerced into giving up their children to adoption before the passage of Roe v. Wade. I love reading books that open me up to new worlds and perspectives. As an author of fiction, I have a peculiar and unexpected soft spot for memoir. Vivian Gornick’s memoir Fierce Attachments, Angela Morales’ The Girl in My Town, and a very big coffee book about the lives of pioneering women in the Midwest are some of the books that have captivated my imagination and inspire me to revisit my fiction with renewed energy.

Author name: @d_lazarin
Title: Back Talk
Love because: the stories are so painfully beautiful and real!

My biggest fan right now is Sarah Gonzalez. She just hosted one of my launch events at Mil Mundos Bookstore in Bushwick, Brooklyn. One of the things she told me at the event is that she was able to see herself in my book. That was a compliment I truly could have never anticipated when I first started writing They Could Have Named Her Anything. It’s an honor to hear that each and every time. 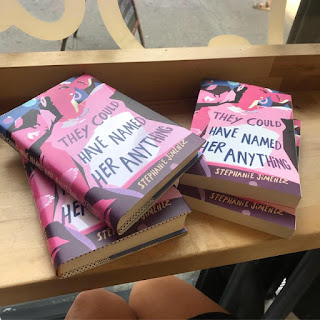 If my book helps anyone become the slightest bit more empathetic to young women, and especially young women of color, I would consider that a big win.

I love Lupita Reads. (@lupita.reads). Follow her for the best of the best book recommendations!

There are so many unexpected ways that a book can change not just your life, but the lives of people you love. Already, I’ve been approached by people who are buying the book for their brothers, sisters, nieces, and friends. If my book has the potential to heal, strengthen, or foster a relationship, that would be a gift. 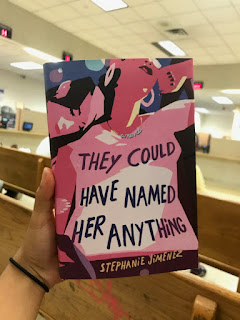 My character doesn’t have a visual oddity exactly, but she does have name that becomes one of the central anxieties of the book. Her name is Maria Rosario, and the way her relationship to her name evolves is a hint to how I chose the title of the novel.

My novel’s protagonist is a seventeen-year-old Latina living in New York, and her family are comprised of Latin American immigrants of varying generations. Maria struggles to fit in at her elite and mostly-white private school, and one of the reasons she struggles so much is because she can’t conceptualize her identity outside of the few representations of Latinidad available to her. All she knows of Latinidad are worn stereotypes—ways of seeing herself that are imposed on her by other people. If there’s one reason why it’s so important to have more representations of people of color in books and the media, it’s because a multitude of representations will help us become who we most fully are. They allow us to visualize new possibilities for ourselves and each other. They provide a new way of imagining our place in the world.

The Debutante Ball, a blog that I am part of, is a fantastic blog devoted to promoting debut authors. Every week, the blog hosts a guest interview in which we get to hype up another author we admire. And during the rest of the week, we post writing tips and advice! 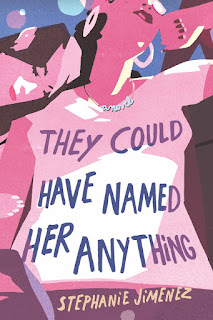 I published with Amazon Publishing’s literary fiction imprint Little A. I actually hadn’t known that Amazon published books until my agent first started sending out my novel to editors. When I found my editor, I knew immediately that she was the right person for the project. That first edit call, only a few weeks after we first sent her the manuscript, solidified my belief that she fully understood the vision of the book. And on top of that, Amazon provides some incredible marketing opportunities. Because of their First Reads program, my book has been promoted to so many more readers than it would have if I had gone a more conventional publishing route.

I think leaving reviews is the best way to do other readers a favor. Our internet culture too often seems to feeds off negativity. Writing a review for a book you enjoyed is like the literary equivalent of planting a tree. You are doing something good not just for the author but for the world—for other readers who might now also discover the book and love it as much you do.

My book is very much about names, about who has the power to name, and the way we love or reject our names, both our birthnames and the ones given to us later. I would love readers to tell me the following: Do you love your name? Have you ever been ashamed of it? Tell me the story of your name.

As a Lenni-Lenape, the Name Giver gave me my true name, but it was much later in my life. I picked J because (long story) a form had to be filled out. I didn't know it is traditionally spelled with a superfluous "ay" tacked on. And then added Lenni as a middle name, because I thought the question was about my tribe, and people almost never say Lenape correctly. I'd love to learn more about names, too! Especially how some people look at a name and know things about the person. Where or how is that skill learned, and how accurate is it? 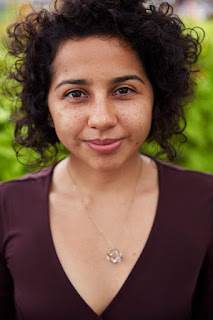 Stephanie Jimenez is the author of They Could Have Named Her Anything. She is a former Fulbright recipient currently based in Queens, New York. Her fiction and non-fiction have appeared in the Guardian, O! the Oprah Magazine, Joyland Magazine, The New York Times, and more. Her debut novel THEY COULD HAVE NAMED HER ANYTHING came out in August 2019 from Little A Books. You can find her at (link: http://www.stephaniejimenezwriter.com) stephaniejimenezwriter.com or follow her on @estefsays Twitter and Instagram at @estefsays.

They Could Have Named Her Anything by Stephanie Jimenez
Posted by J Lenni Dorner at 5:35 AM