Since "aloha" can be used in both farewells and greetings, I thought it was an appropriate way to announce some changes here on Operation Awesome.

Firstly, we bid farewell to both R.R. Russell and Wesley Chu, whose schedules have made it difficult to continue their posts on Operation Awesome. We greatly appreciate their time and contributions, and they will be missed! But keep an eye on those two--they each have sequels in the works to their books released this year.

Secondly, join us in welcoming our newest members: 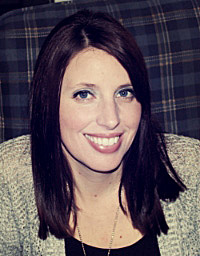 Jessica resides with her husband of sixteen years, three awesome daughters, and a plethora of pets in Central California, where fog, frost, triple-digit heat and various items of produce arrive bountifully, depending on the season.  She has an affinity for both coffee and owls, and loves to connect with other readers and writers whenever possible. You can find her on Twitter (@coffeelvnmom), Facebook, Goodreads, or at her blog, Let Me Tell You a Story. Jessica writes YA and adult fiction. She shares reviews of her favorite books on Afterglow Book Reviews, and spreads the writing and author love for independently published authors at Indie Ignites.

PITY ISN'T AN OPTION, a young adult near-future dystopian novel about a guy and girl finding something they thought they'd long lost, is her debut novel. Jessica will be posting every other Wednesday, with her first post on August 14.

Amy has spent her life surrounded by books. As a child, her fondest memories are of following her mother and four siblings to the library every week to check out spectacular new adventures penned by the likes of Judy Blume, Beverly Cleary and C.S. Lewis. After college, she worked in the entertainment business in Los Angeles and eventually ended up surrounded by books again at Ingram Book Group in Tennessee.

Her short stories, “Emanate,” and "Unearthed," are part of The Fall and Summer's Edge anthologies published by Elephant’s Bookshelf Press. Her writing has also appeared in Liquid Imagination. When not “chasing the crazy” dream of being published, she feeds her addictions to good TV (Bones, Castle & Fringe), Barnes & Noble and mango ice tea. She blogs at www.chasingthecrazies.wordpress.com and can also be found on Twitter (@atrueblood5).
Amy will be posting every other Tuesday, with her first post on August 13.


Can't wait to see what these two bring to the Operation Awesome conversation!
Posted by Angelica R. Jackson at 4:00 AM