Cover (Re)Reveal and Giveaway: The Emissary by Kristal Shaff

Welcome to the updated cover (re)reveal for the YA epic fantasy ...

The Emissary
by Kristal Shaff


Be sure to enter the giveaway found at the end of this post.
(Win an ebook and Amazon Gift Card) 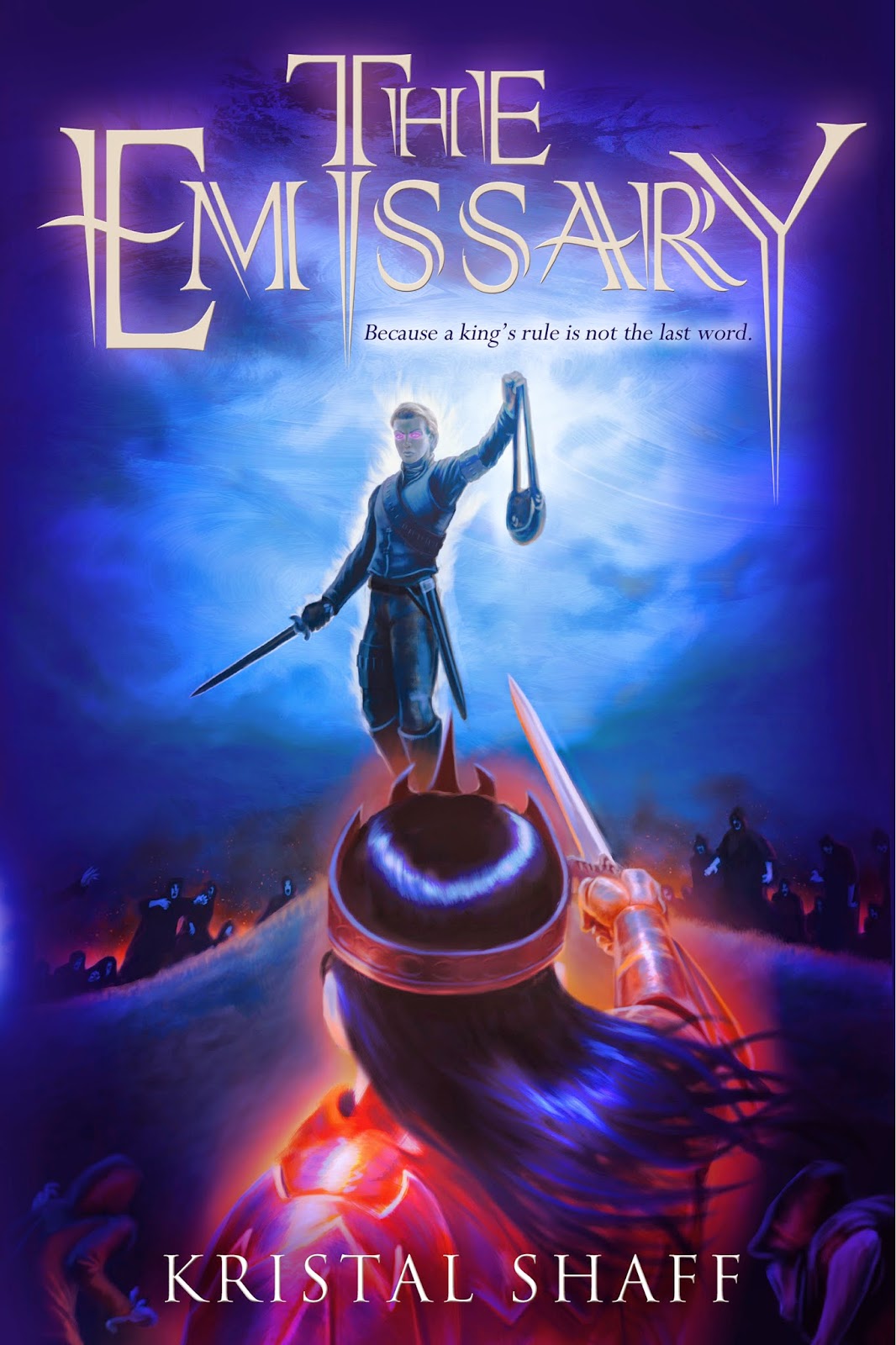 For hundreds of years, dark clouds covered the skies of Adamah, and an ageless king ruled. Those who emerged with one of six extraordinary Shay powers were forced into the king's army, an unmatched force with inhuman Strength, Speed, Accuracy, Perception, Empathy, and Healing. With the army at his side, the king—a man who wields all six abilities—was invincible and unquestioned in his rule. To most, serving the king was an honor. And for some, it was a fate worse than death.

When seventeen-year-old Nolan Trividar witnesses the transformation of his brother from kind to cruel after entering the king’s army, he vows never to follow the same path. So when his own power—the Shay of Accuracy—comes upon him at the Tournament of Awakening, Nolan conceals his emergence instead of joining the king’s ranks. For years, he traitorously hides his power, pretending to be a gifted scribe. But when Nolan comes face -to-face with a deserter, the man discovers his secret. To evade detection and a death sentence, Nolan escapes with the deserter and flees into a night filled with dark creatures who steal both powers and souls.

Nolan joins a resistance, a village hidden deep in the forest, filled with others who secretly wield a Shay. But his peace is short lived when they discover that the dark clouds, the undead creatures, their own decreasing powers, and even the king, are all connected.

Kristal Shaff is a professional face painter who resides in Iowa with her farmer husband and 3 kids (plus one more on the way though the journey of adoption). THE EMISSARY is her first novel. You can visit her at www.kristalshaff.com

GIVEAWAY: Complete the Rafflecopter for a chance to win!

(Winner will receive book on release day)
a Rafflecopter giveaway

You're adopting, Kristal? That's wonderful!! I was adopted. I get all gooey when I hear of such wonderful stories. Congratulations on your growing family and your book.

Yes Jenny! We are currently on a waiting list, so lots of waiting. :)

Congratulations, Kristal!! Looking forward to reading this one! :-)

I love this cover! Congratulations, Kristal!