What the heck is a platypire?

That's a question I'm asked on a near daily basis.

To put it simply, it a vampire platypus. Think platypus, and add wings and fangs. Viola, platypire. For the longest time, people would associate me with a platypus. It's my favorite animal, and I basically have a shrine to them up in my living room. About six years ago, one of my friends introduced me to a platypire. It was love at first sight. I immediately altered a character I was working on for a fantasy story to fit a platypire into it as her familiar. 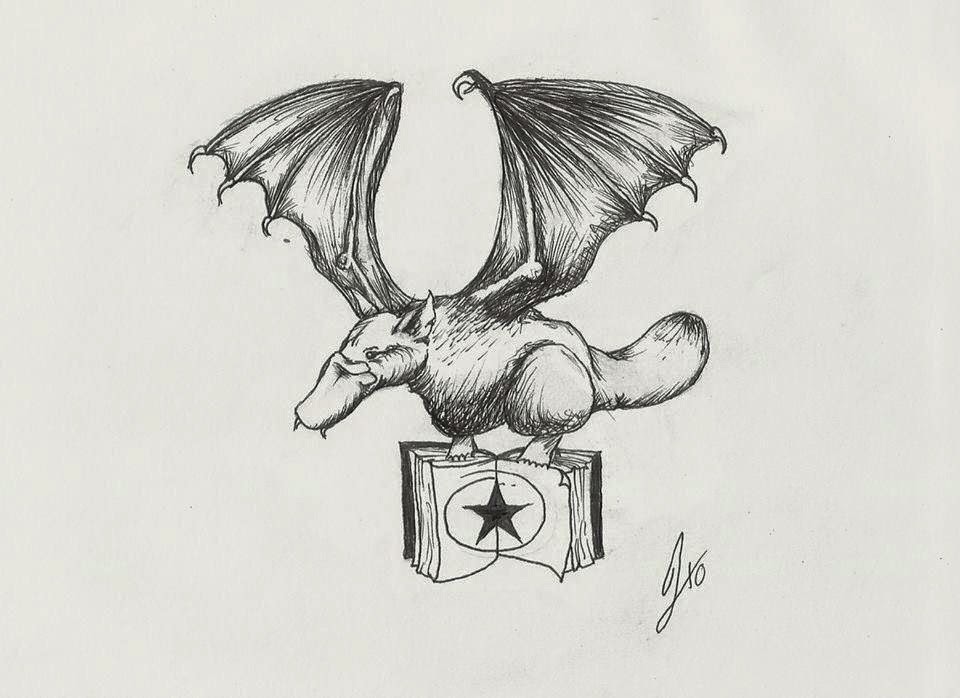 What does this have to do with books and world domination?

I have been working on convincing authors to add platypires into their books, as well as working on stories of my own with the creatures. Thus far, I have succeeded twice. In which I mean, there are two published books in existence mentioning platypires – because I heckled the author into adding them into their books.

There is at least one more set to be published later this year, and even more next year.

At one point of my life, I had no idea this thing existed. Yet, in the span of one year I have managed to get it into a couple books and create a blog rotating around this creature.

You know why I was able to do this?

It's because the indie community is AMAZING!

Shortly after being introduced to the platypire I wanted to spread word of it everywhere! The problem though was that I didn't know where to begin. At first, I would write short stories with friends that included the devious little fiend. The issue with that was it was a small community, and the platypire had become no more than an inside “joke” of sorts during those five years.

When I started blogging and reviewing for indies, I took my platypire with me. I did book reviews and interviews for my friend's blogs, finding ways to incorporate them. Instead of doing “star” ratings, I would do “platypires” - 5 being the best. It wasn't long before they had become synonymous with me among those who had worked with me. Then, after a little over year of blogging for other people, I created my own blog called Platypire Reviews.

It's been six months since then. The facebook page associated with it has reached nearly 3,000 fans – and the blog itself has received over 60,000 hits. That's a lot of people who are figuring out what a platypire is each day!

We're currently in the process of setting up a book collection for distribution at Woman's Shelters in certain cities around the country. Currently, the only available location is in Houston, Texas.

You can keep up with my world domination attempts here:  http://www.platypire.com/appearances.html