My Path to Publication, by Kristal Shaff

I am no stranger to rejection. In middle school, I was bullied. I often felt like the left out loser. And even now, in adulthood, I sometimes feel that way, too. But my bullying experiences as a youth made me more sensitive and sympathetic to people now.  It helped me grow as a person.

My writing journey has reflected a similar path in many way. When I finished my first book, I wanted to be the person who sent out 5 query letters, have all 5 agents fighting over me, and then have publishers pushing each other out of the way to gain my attention. My journey was NOTHING like that.

It took me at least 70 queries (and 69 rejections) to get my agent. Once we had the book in submission, it had great prospects. I even had an editor at Little Brown Publishing say he LOVED it, but he asked for revisions. In the end, he rejected it, saying he still loved it but he didn't think he could sell it to his other staff. My submission failed. And my agent and I parted ways.

It was at that point in my writing life that my writing stalled. For several years, I couldn't focus on my words. I puttered around with a few projects, but that rejection, so close to publication, really injured me.

During that time, I submitted my manuscript directly to a few publishers and even got a really great personalized rejection from Baen (who gave me a nice comparison to Brandon Sanderson).

Fast forward. I pulled out the book, polished it off again, and entered Angry Robot's Open Door submission. Out of 944 submissions, approximately 24 made it to the level of editorial. Out of those, three were chosen to be published. An additional 3 were asked to rewrite and revise. I was one of those three.

Laura Lam (Pantomime,  Shadowplay, False Hearts)  and I were passed down to the YA imprint, Strange Chemistry, while Wesley Chu (The Lives of Tao, The Deaths of Tao, Time Salvager), was under consideration with Angry Robot.

The three of us waited, and waited, and chatted together. We angsted about our submissions. My two new friends were offered contracts, and I still waited on.

So out of nearly 1,000 submissions, I was the LAST to hear an answer. It reminded me a bit of those early days in my life, when I was picked last for teams on the playground. Then I finally heard my answer. And yup, you guessed it.

After 13 months of waiting, it was rejected by an editor again.

Of course I was ticked, especially when you get a near form rejection after a complete rewrite. I cried … a lot. But after a day of stewing, I realized I would be just fine.

A week after that last rejection, I was given an offer from Month9Books.

People say to trunk your first book. And yes, sometimes I agree. But in my case, I just couldn't. The story kept prodding me to keep going. Besides, it had transformed so entirely from that first draft, and even from the time I was agented, that I knew it had merit. I believed in my story, and so did Courtney Koschel, my rock star editor from Month9Books.

And even though the process of publishing after you get a place is a long process (over 2 years for me), I am here, grateful and excited to be able to finally share it with you.

I will say though … Because of my long process, I am stronger than those waltzing in and gaining success immediately. I’m more sympathetic to the underdogs, the ones who struggle, even the authors who decide to self-publish and do it their own way. It's helped me learn. It's helped me grow. It's thickened my skin. It's made me a fighter. It's taught me to trudge through the snowstorm of adversity. Failure has helped me be a better writer and a better person.

And it’s made this book release so much sweeter.


YA Epic Fantasy from Month9Books 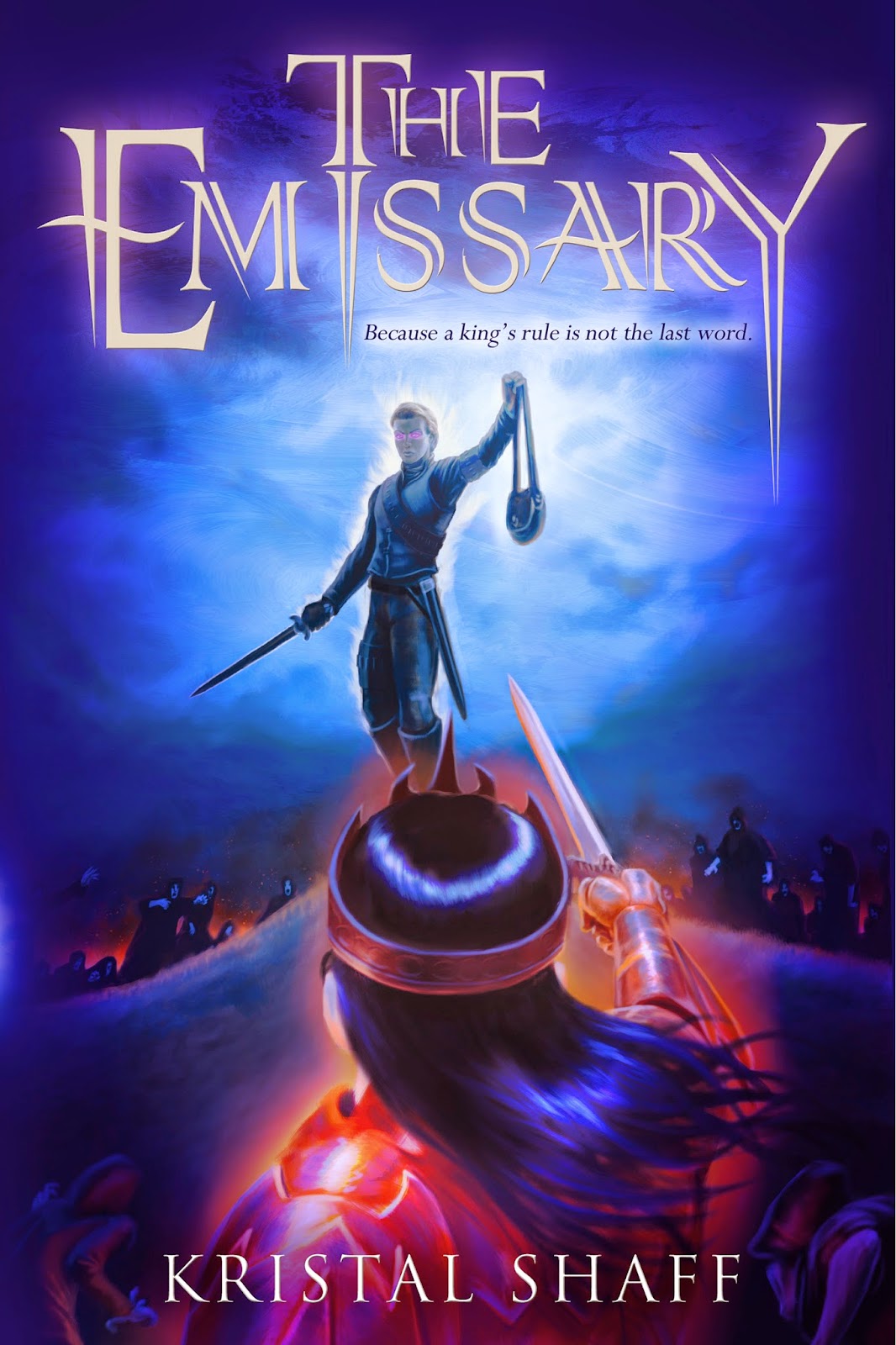 For hundreds of years, dark clouds covered the skies of Adamah, and an ageless king ruled. Those who emerged with one of six extraordinary Shay powers were forced into the king's army, an unmatched force with inhuman Strength, Speed, Accuracy, Perception, Empathy, and Healing. With the army behind him, the king—a man who wields all six abilities—was invincible and unquestioned in his rule. To most, serving the king was an honor. But for others, it was a fate worse than death.

When seventeen-year-old Nolan Trividar witnesses the transformation of his brother from kind to cruel after entering the king’s army, he vows never to follow the same path.

So when his own power—the Shay of Accuracy—comes upon him at the Tournament of Awakening, Nolan conceals his emergence instead of joining the king’s ranks. For years, he traitorously hides his power, pretending to be only a gifted scribe. But when Nolan comes face -to-face with a deserter, the man discovers his secret.

To evade detection and a death sentence, Nolan escapes with the deserter and flees into a night filled with dark creatures who steal both powers and souls. He joins a resistance, a village hidden deep in the forest, filled with others who secretly wield a Shay. But his peace is short-lived when they discover that the dark clouds, undead creatures, their own decreasing powers, and even the king, are all connected