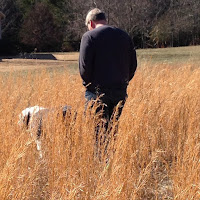 First off, tell us a bit about yourself! What's one thing people might not expect about you?

My wife and I live with two big Old English Sheepdogs who definitely think that they run the house and most times they do. I’ve spent the better part of three years meeting and enjoying the writing community both online and in person and find they are very supportive and willing to help in any way they can. I write very quickly and I try to avoid the question of “How Quickly?” every chance I get.

How would you describe ARTIFACTS in one sentence?
Kids race against fairy tale villains to recover the one artifact that can rewrite fairy tales and turn the world, as we know it, upside down.

How long as this process taken for you, from the time that you began the first draft of this book until the date of its publication? How many novels had you written prior to this?
It’s been almost 2 years from the time I started writing ARTIFACTS until its date of publication. A very long two years! This was my 2nd book and there have been many after it.

What scene from this book did you most enjoy writing?
It has to be the scene where the kids find Walt Disney’s brush in the middle of all the junk. It was so much fun painting things so they became cartoons and then the characters reactions to it.

Every writer experiences some rejection and setbacks along the way. How did you learn to cope with them and move on?
Once you get a lot of them there’s nothing else you can do but move on to the next project and hope that once one book gets picked up that they will want to go back and look at the rest.

How did you find your publisher? What makes them a good fit for you and your book?
I submitted it online and received a very quick answer back. The way Georgia keeps her writers involved and my editor Tara Creel make Month9Books a great fit for ARTIFACTS.

Your cover image just screams "Action! Adventure! Danger!" Can you tell us a bit about it? Who did the artwork? How much say did you have in it?
They did the cover in house and did give me a few options to pick from. They did a beautiful job with the cover. In fact at my first Comicon I actually had a 6th grader pick up the book and say, “The cover draws me in!” I couldn’t ask for a better compliment than that.

What's next for you after this book debuts? Have you started working on another book?
Writing, writing, and more writing. I have several books that I’ve written in the last 2 years and I am currently working on a spooky chapter book series.

How does it feel to finally have your book out in the hands of readers? Do you have any events planned you want people to know about?
It feels great! I am going to NC Comicon, ALA, Dragon Con, Southern Festival of Books, and signings at several independent books stores including Malaprops, Parnassus, The Blue Bunny Books and Toys. There are also signings at several Barnes and Noble locations.

Is there any other advice you'd like to pass on to others pursuing publication? Anything you would have done differently?
Keep writing. Keep Querying. Find yourself a great CP. And as Brooks Sherman once told me, "Querying is not like throwing spaghetti up against the wall to see what sticks!”

Nothing different as far as this book, but maybe a few judgment calls with some of the others.

And, just for fun: what current summer blockbuster do you think your main character Jax would most enjoy and why?
It’s a toss-up. I loved Now You See Me and I’m hoping the sequel is just as good. Captain America: Civil War should be fantastic!
Posted by Unknown at 6:00 AM

Informative Q & A. Insightful and succinct. Nicely done interview. Awesome thanks Ms. Nikel and to Mr. Catalano too! Looking forward to reading Artifacts.