1- That Alice dress in your profile pic makes me happy. Do you wear it often, or was there a special event? 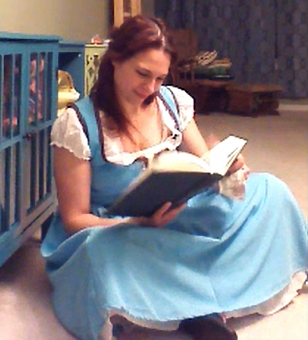 That's actually my "Once Upon a Time" Belle dress from Halloween 2015. Accessorizing it was easy, and I have pulled it out for other costume opportunities since then.
I do happen to have the same purple Fluevog boots as SyFy Alice, though, and can kick some serious Queen of Hearts butt in them.

2- Have you ever tried to go through a looking glass?

No, but I have checked plenty of wardrobes!

3- Why did you write this book?

I wanted to write something just for myself and just for fun.

4- What most contributed to your choice of publication method?

I always wanted to go the traditional route because that's what works for me, my schedule, and my interests. If you self pub, you need to be able to wear a lot of hats, and that wouldn't work for me. My editors made my words shine and Spencer Hill made an incredibly beautiful book and I'm glad we were able to work together to make Bookishly a reality.

5- Do you have an image of the most awesome item you have ever knitted?

In terms of "this is just plain cool," I have to say it was the felted chain scarf I made for one of my friends. 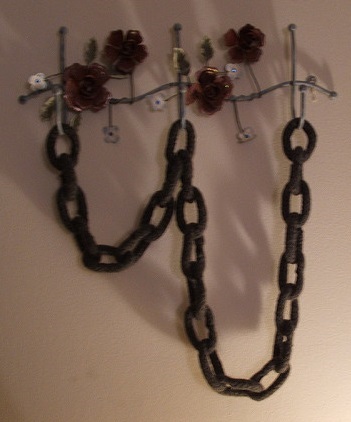 But, if I have to pick my favorite knit, it has to be the woodland lace shawl I made during a Lord of the Rings knit-a-long. The yarn colorway was so perfectly elven, and I carried a gold thread throughout so the shawl sparkles in the light. 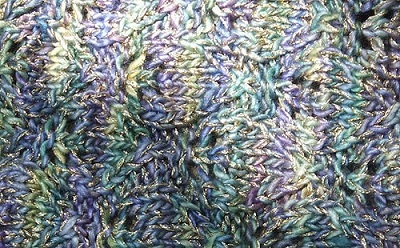 6- Some people say that, since fairy tales seem to originate in Europe, they all lack diversity. What are your thoughts on that, and did you break that barrier?

Europe doesn't have the monopoly on fairy tales, and there are lovely fairy tales from Asia to the Middle East that I devoured when I was growing up. A lot of fairy tales actually have roots that go back millennia and cross cultures--that's why you have Cinderella and the very similar Ye Xian (I think I either saw a cartoon of that story or a picture book of it when I was growing up, because I remember being obsessed with the beautiful fish-scale dress for years.) I love writing contemporary fairy tales, where the magic comes from the character's personality, friends, and choices rather than a wand or a magical fish, and set in places that reflect the modern, diverse world around us.

7- Any fantastic little memory to share from your time in Portugal among the cathedrals, castles, and ancient tombs?

There's a 6000 year old dolmen (portal tomb) near my family's house in Portugal on an archaeological route that includes portions of a Roman road and other, smaller tombs. I don't get to visit it often, but when I do, it's magical. It's incredibly humbling and inspiring touching something that old--there are *stories* in those stones.

8- You fence. Can we look forward to you giving us characters who are proficient in that skill?

9- Books, books everywhere, and not enough time to read them all. How do you select what book you'll buy yourself next?

Buying books isn't the problem, picking one off my massive TBR is a challenge, though! I tend to go through cycles--I crave light contemporaries in the summer and heavier fantasy/paranormal in the winter. Now that it's summer, if a book mentions camp or ren faires, it rockets to the top of the TBR.

10- Anything else you would care to share about your book and yourself?

Bookishly Ever After blurb:

In a perfect world, sixteen-year-old Phoebe Martins’ life would be a book. Preferably one filled with magic and a hot paranormal love interest. Unfortunately, her life probably wouldn’t even qualify for a quiet contemporary.

Everything changes when Phoebe learns that Dev, the hottest guy in the clarinet section, might actually have a crush on her. So, Phoebe turns to the heroines in her favorite books for advice on a personality overhaul. Becoming as awesome as her book characters isn’t as easy as it sounds and when another girl nets Dev for herself right from under Phoebe’s nose, she’s crushed.

Then, to up the suckage, she gets assigned as his co-counselor at a sixth grade camp and has to spend an entire week tied to the hip with the one guy on the planet she wanted to avoid. Can she make it through the potential danger of romantic bonfires and nature walks without Dev figuring out she’s still not over him, or will her counseling career end in emotional disaster? Can she ever go back to her happy world of fictional boys after falling for the real thing?


Growing up, Isabel Bandeira split her time between summers surrounded by cathedrals, castles, and ancient tombs in Portugal and the rest of the year hanging around the lakes and trees of Southern New Jersey, which only fed her fairy-tale and nature obsessions. Even though she’s a Mechanical Engineer and tones down her love of all things glittery while designing medical devices during the day, it all comes out in her writing. In her spare time, you’ll find her at the dance studio or at the rink, working on her jumps and sit spin.

Isabel lives in South Jersey with her little black cat, too many books, too much yarn, and a closetful of vintage hats. She is represented by Carrie Howland of Donadio and Olson, Inc.