Heroic Authors: Defenders of the Weak, Champions of Meaning and Substance

There are many others in their ranks:

Authors who brought to light something important and quintessentially human that otherwise might have remained unknown and obscure.

They could have told any stories, but they chose to tell stories that taught, enlightened, and inspired. 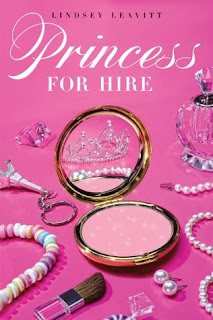 On the surface, Lindsey Leavitt's series about a girl who discovers she can act as a substitute for fanfare-weary princesses seems to be nothing more than a fluffy, pink book. One might be forgiven for assuming it held little of substance. But then again, we've been told never to judge a book by its cover, and for good reason. Through the clever, if silly, fantasy about princesses who just need a break, and the magical substitutes who replace them for such undesirable events as state dinners and arranged marriages, Lindsey Leavitt sneakily introduces young readers to diverse cultures they might never otherwise have discovered. In America, we hear "princess" and we think Princess Di and the Duchess of Cambridge. We don't think of a chief's daughter in an uncontacted tribe deep in the jungle. Or the royalty of small, all-but-forgotten provinces and countries throughout the world. Through each substitution story, we're given a glimpse into a way of life that includes unique culture, family life, and relationships. If you know of a teenager who could benefit from expanded horizons and increased empathy, give him or her this pink book.

There are few populations more marginalized in schools and society than those labeled troubled teens and slow learners. Rick Riordan had tremendous sympathy for such kids, particularly because his own son suffered from dyslexia. What if, he imagined, what if dyslexia was something to be proud of? What if it only meant your brain was hardwired to read ancient Greek? And that because you were actually a demigod, half god and half human? This dynamic series took the marginalized and gave them a hero in Percy Jackson, a twelve-year-old troubled pre-teen with dyslexia. He is not only innately special, but he finds through his adventures that he is ultimately capable of making a very significant contribution to the world, even saving it from another war of the gods.


Anne Riley's story about mystery, magic, and boarding school blends the mystic so smoothly with the mundane and miserable, you almost believe it's true. But in the midst of the magic, she takes page space to dwell on the real impact of bullying. The realism makes you want to cry for Natalie Watson who has already been through so much personal tragedy and who just needs a win. In fact, I cried a few times in the reading. In the interest of growing personal empathy, read this book.


Suzanne Collins did something that was nothing short of essential to this generation: she called us all out on our darkest obsessions in entertainment, our attraction to reality TV and ancient Rome-style gore. She showed us the disgusting excesses in which we'd indulged while others not so very far from us struggled for food enough to survive. She forced us to look hard at our relationships to war, fashion, entertainment, and family. She dared us to see through a well-crafted story and to see ourselves making the difficult choice between fighting for what really matters, or succumbing to a lifestyle of substance-less fluff; making the choice between self-sacrifice or betrayal of principle; making the choice between being brave and kind, vs. merely playing it safe. There are so many lessons and layers in this series--about community, government, human nature--you will likely learn something new every time you read it. By my definition, it's a classic.

All of these books/series are classics by my definition: a book that you can read over and over again throughout the years and continue to glean valuable insights from its pages. These authors are heroic because they used their talents at story-crafting to tell important stories, even the stories of the marginalized, the humble, the poor, the poor in spirit, and the forgotten.

I've written about them here in hopes of inspiring more of us to be like them, to write for something deeper than the fun of it--because it is so much fun! But when a writer takes on the challenge of telling an important story about seemingly unimportant, or forgotten, people... it changes the world.