Love Triangles--Love Them or Hate Them?

Ahh, the love triangle. Some people love it, some hate it. I'm somewhere in between. I like a well 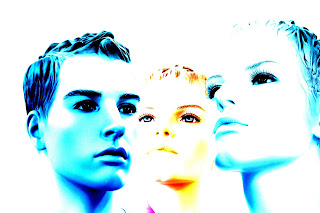 done triangle, but poorly done, and it's enough to make me put the book down. I just don't buy the "I love them both equally" trope. Maybe you disagree, but I don't think we're capable of being fully in love with two people at the same time.

So when I set out to write my own triangle, I knew I'd have to walk a fine line in order to for me not to hate my own work. I also had to consider the effect this sort of behavior would have on my protagonist. Would it make her seem immature, flighty, or undermine her integrity? This task was much harder than I'd first imagined. It was so easy to go too far one way or too far the other. I wanted the reader to feel the tension with my protagonist, so writing it blandly was not an option. 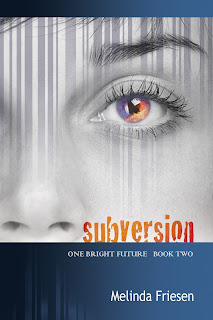 My second book, Subversion (One Bright Future #2), will launch on September 13, one week from today. The love triangle in this book was the greatest challenge of my writing career thus far. Every nuance had to be considered. Slight wording changes made or broke scenes. My protagonist's every word, every thought, every action had to be considered with care.

I hope what comes through is something that will make readers cheer, not drop the book, never to pick it up again. Time and readers will tell.

What do you think of love triangles? Let me know in the comments.

Melinda Friesen writes novels for teens and short stories. She lives in Winnipeg, Manitoba Canada where she works as marketing director at Rebelight Publishing Inc.