The Dirtiest Word in the Writing World 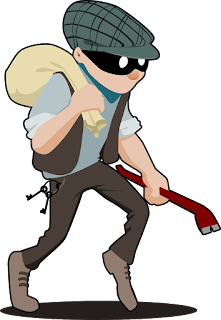 The dirtiest word in the writing world is plagiarism. Over the past couple of years, I've encountered multiple instances of plagiarism. From a friend whose novel idea was stolen by another writer to someone in my writing community having their work copied word for word and marketed under the offenders name. When I released my first book, I did a blog tour and one of the bloggers copied another blogger's review. This is every writer's fear. Someone steals a car--you can get a different one. A stolen idea is one of a kind and cannot be replaced. It's a huge violation.

Dictionary.com defines plagiarism as "an act or instance of using or closely imitating the language and thought of another author without authorization and the representation of the author's work as one's own, as by not crediting the original author."

Recently, I had a reader leave a question in the comments on Wattpad that she suspected me of copying another's work. I had never read the work in question, but had heard of the book because it belonged to a local author. I'd written this particular piece five years ago, so well before the release of the other book. I was taken aback. Any resemblance would be coincidence, but if they really were that similar, my reputation was at stake since the other book hit the public eye before mine. I knew the other author's editor and brought the matter to him. He told me that my story and the other were very different. So, I assured the reader there had been no misconduct and encouraged them to read further and see the differences for themselves.

I appreciated how gracious and polite the reader was about the whole matter. I also thanked the reader for asking the question for couple of reasons. Firstly, if I was plagiarising another's work, I should be called on it. Secondly, I'm glad the reader asked rather than making the assumption that I stole another's work. I believe this reader did the right thing and I hope in a similar situation, others would do the same.

Let's look out for each other. If you suspect plagiarism, bring it to the attention of the author. But always be very careful about hurling accusations.

**************
Melinda Marshall Friesen writes YA and adult science fiction. She lives in Winnipeg, Manitoba, Canada with her children. When she's not writing, she's devising ways to avoid venturing out into the bitter cold.