1- What does the library in your house look like?

There are books all over my house! I have a small bookcase in my living room, then a large one along my upstairs hallway, as well as books in all three bedrooms! My kids love to read as much as I do. They are all jumbled and have no order to them at all. Books are like my children.

When I was eighteen I was happy. I had a good group of friends, and all my time was spent either at work, training at a nursery or with my friends. I had no time for writing. We were always out at various pubs and clubs. Also, my best male friend Maddie had appeared back on the scene. We had always been close but it was one of those friendships that we didn’t see each other for months, even though we lived in the same street, then when we did it was like we’d seen each other yesterday. He was forever disappearing off to live in Brighton or Spain for a few months. I was falling for a guy and Maddie gave me his full approval. We always vetted each others choice in men. The day before my nineteenth birthday I was finishing training and heading to Maddie’s to make the final arrangements for my birthday weekend. I had missed calls on my mobile from my best girl friend Kelly so I rang her back and she asked me to meet her as she was picking me up. I thought it was odd, but kind. The second I saw her her face crumbled. Maddie had died that morning. I’d even seen the ambulance on the way to his house that morning. I was devastated. I still am. I’ve never got over it. But I started to write again. I wrote a speech and a poem to read at his funeral.

I come from a very artistic family. We are music lovers and lyrics are a huge part of that. Writing came very easily with me. My Mum was always writing poems and things and they must have rubbed off. We would always write a mushy message in our birthday cards to each other. I learned that I could evoke emotions from people with my words, especially when I made my English teacher at school cry, and it seemed to encourage me to carry on with it.

5- Would you share a picture with us of your book with your cats and/or dog? 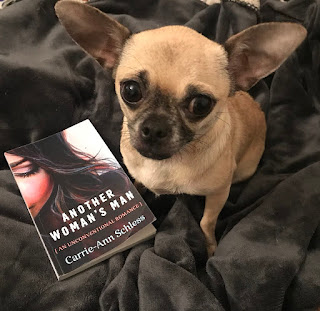 This is my dog Crystal. She’s a 3 year old chug (Chihuahua cross pug) who is always snuggled near me when she can be.

Short term is just to enjoy the experience of being published. It’s all very new to me at the moment and still very exciting. I’m starting to get feedback from readers now and have just signed a second book so I’m floating at the moment. The long term goal would be to be able to write for a living and never have to worry about childcare again, but it’s a dream. I write because i have to, it’s just nice now people are going to see it and it’s not stuck in a drawer for eternity.

Apart from my mum, who has to love it, and my children, who haven’t read it, my biggest fan is my friend Claire. She’s read the book twice over in the lead up to publication and was still one of the first to buy and read it. She just said she loves the story and couldn’t put it down even third time around. I’ll take the compliment.

My book will probably stir a few emotions with people. It focuses on different types of relationships. Not just the obvious ones like girlfriends and boyfriends but she has a strained relationship with her mum. It also shows us the seedy side of social media. I think the theme that will probably resonate with readers is Casey’s miscarriage. A lot of family’s are effected by this and not all speak out. I believe a miscarriage is a very personal thing that stays with a couple forever and everybody deals with them differently.

9- Is there anything you'd advise someone to say (or not say) to a woman who has miscarried and is seeking emotional support?

I think every woman who has a miscarriage firstly blames herself. You can’t help but worry about what you did wrong. I would advise to remind them that it is not their fault, but let them be sad. Grieving is an important process.

The best way to get better at writing is to read. I love lots of different genre’s and tend not to stick myself to one type. Seeing how other people use words, both what you like and what you don’t, all helps to sculpt your work into something you can be proud of. Also knowing that a first draft is just that. Expect to rewrite it

11- Which do you prefer: Physical book or ebook?

I love the smell and feel of a real book. I cannot bear book with folded corners though! GET A BOOKMARK!!! And the new art of folding them into messages, it looks amazing but it makes me want to cry. Ebooks are so practical though and I do a lot of my reading on my kindle app on my phone. Doesn’t stop me buying the book too!

Good question. I don’t think any of my characters have big noticeable traits. Casey does argue with herself a few times, and even talks to herself of a few occasions, but who doesn’t? I do it all the time.

13- #DiversityBingo2017 What's your favorite book that covers a square on the card?

Tipping the Velvet by Sarah Waters covers a few squares. It’s about a woman called Nan, and her self discovery whilst living in Victorian London. It’s been so long since I’ve read it i may have to dig it back out. It covers gender, sexism and class difference with lesbian sex and cross dressing. I watched the tv series first. I heard they turned it into a stage show too!


14- Which character has your favorite Personality Contradiction?

Casey is so smart, but when it comes to Danny she can’t help it. She lets her guard down. I think it shows the danger of instant messaging. It’s easy to be brave and pretend things aren’t what they seem when you can hide behind a screen. Telling herself she isn’t doing anything wrong until she’s in too deep.

15- What is it about Freya North's books that you love so much?

Where do I start? The first Freya North book I ever read was Chloe. I was about sixteen, on holiday with my family. I had been all upset because I was missing my boyfriend and although we were in a lovely villa in Spain I was doing a great job of being a stroppy teenager. Her book was on a bookshelf and I was hooked almost immediately. When I got back to England one of her books was free with More Magazine and I now have every single one of hers. She paints such a beautiful picture with her words. Her characters are so believable and they all have such fascinating themes. Through her stories I’ve been behind the scenes of the Tour-de-France, met a clown-doctor and a wonderful eccentric uncle that I want to adopt for myself. If you haven’t read her books do it now. You won’t regret it.

16- Can you think of any small change in the world you could make to potentially benefit hundreds of other authors or readers?

I find it sad how many people tell me they don’t read! They’ve either never enjoyed it or just don’t have time. I tried to write a book that was easy reading with short chapters because I struggled to find time too when my babies were young. If only I could invent a machine to match people up to the perfect book for them. Oh, and reviews should be mandatory!

I’m a sucker for a good cover. If it grabs me I’ll read it. I’ve been guilty before of not even reading the blurb.

This is difficult to answer as I haven’t been brave enough to ask my publisher yet. I have six 5 star reviews so far so I’m happy with that but as far as sales go I have no idea. My ranking graph doesn’t look too bad, but I don’t know what it should look like!

I figured I would try to get published and if nobody had faith in it it would go back into the drawer. I was so shocked to be accepted by Crooked Cat, who were the first ones I tried. They have been so lovely and the support network of authors I’ve met has been amazing. Couldn’t have been happier.

20- What is one question (or discussion topic) which you would like the readers of this interview to answer or remark on in the comments?

I suppose I would ask what is it that grabs your attention with a book from a new author. What would make you try somebody new? 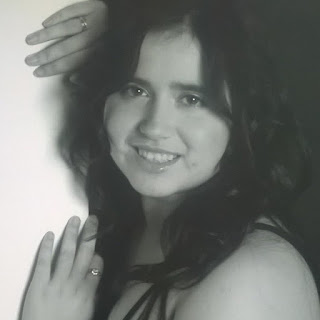 What if you’re in love with Another Woman’s Man?

Casey Turner finds herself sad and single again after a seven-year relationship. Having suffered multiple miscarriages, she is adjusting to the realisation she will never be a mum, just as all her friends are all getting married and having children.

Feeling alone, she finds herself drawn to a man she can’t have: her ex’s best friend. Although he has a girlfriend, she can’t stay away. But does he really care for her, too, or is he just having his cake and eating it?

Torn between her feelings and her morals, is Casey destined to follow the wrong path, or will she see sense before time runs out?

Please feel free to visit my website at http://carrieannschless.com to read my blogs, learn more about me and find links to my social media.

Another Woman's Man
Posted by J Lenni Dorner at 12:00 AM