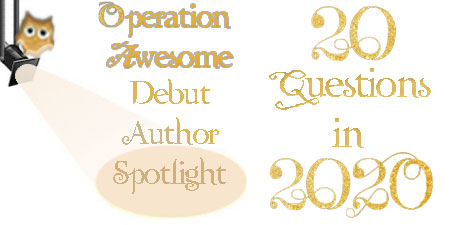 The Revival: (The Bringer of Shadows, Book 1) by Michael Dennis


1- Who is your favorite Formula 1 driver?

Growing up, David Coulthard was a hero of mine. He was always seen as the underdog and was up against one of the greatest and most dominant drivers of all time in Michael Schumacher. F1 in the 1990’s-2000’s was incredibly easy to follow, with live races shown on free to air television in the UK. It had a huge amount of publicity and most importantly, was exciting to watch.

My #WriteTip is to try and get in the habit of writing every day, whether it be a page, a paragraph or a solitary sentence. It is a continuous process and needs patience and persistence to finish a project.

I once received advice from children’s author Helen Creswell, who told me to try and make a fantasy setting as real and as relatable as possible to the reader. Expansive sagas like ‘A Song of Fire and Ice’ or ‘The Lord of The Rings’ create believable worlds inspired by historical events. If a reader cannot imagine the setting in their heads, then the book falls flat on its face.

4- With such a Sword & Sorcery Fantasy story, I have to ask, do you have a gaming background in, or have you ever dabbled in, the RPG world?

Absolutely, I was an avid gamer in my youth. The Final Fantasy series on the old PS1 and PS2 are a big inspiration on my writing and even today I still enjoy Role Playing games such as The Witcher, Elder Scrolls and Dragon Age.

5- Would you share a picture with us of your book in an interesting setting? 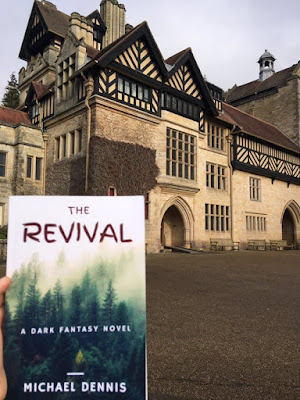 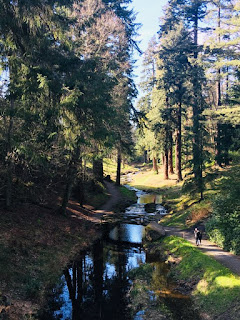 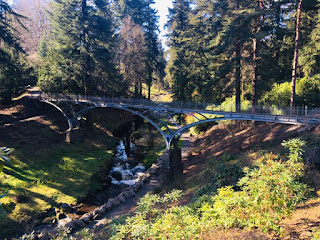 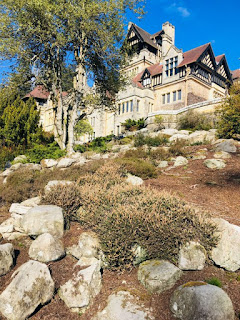 The landscape of Cragside in Northumberland, England particularly influenced the Elven forest of Ilsthyr, the setting where the majority of the first book is set and the inspiration for the front cover.

6- Your Goodreads profile shows you've rated over 40 books, but not left any reviews. Do you feel that book reviews are valuable?

I think it’s hugely important to review a person’s work, especially towards independent authors like myself that doesn’t have a major publisher. It gives the work credibility and may help shoppers justify their interest in the book and help make a purchase. I have left many honest reviews on amazon after I have read the work. Having said that, I am still fairly new to ‘Goodreads’ and plan to leave reviews, as well as scoring books in the future.

8- What’s one writing goal you hope to accomplish before you die?

I try to not look too far ahead. I set myself a goal to complete a fully fledged novel in 2017, which I completed last year and am extremely proud of myself for achieving it. The next aim is to complete the other two books in ‘The Bringer of Shadows Trilogy’ over the next couple of years and for it to sell not just in the UK, but in North America and Europe too.

If a book gets a strong recommendation from my friends or family, then I will definitely check it out. I think word of mouth is one of the most important ways of advertising a book. I also like series that you can lose yourself in for months on end like ‘Harry Potter’, ‘His Dark Materials’ ‘The Dark Tower’ and ‘The Chronicles of Narnia.’

Hugely! I have gone from writing stories for my family, writing on an academic level at university to completing a complete dark fantasy novel. In the next ten years, I hope to have my first series of books under my belt as well as having a collection of short stories published.

Author name: Tad Williams @tadwilliams
Title: The Dragonbone Chair: Memory, Sorrow and Thorn
Love because: I have recently been enjoying books by Tad Williams, particularly ‘The Dragonbone Chair: Memory, Sorrow and Thorn’ series, because the author really takes great care into developing his characters and builds tension slowly throughout his books. This is similar to what George R.R. Martin did with his ‘A Song of Fire and Ice’.

I have tried to include several twists in my first book that will hopefully surprise and shock the reader. This will continue throughout ‘The Bringer of Shadows’ series, particularly with one major event at the end of the second book. I have introduced characters that are relatable and each have their own different traits and quirks, both good and bad. I want the reader to go on a journey, which I think is the most exciting thing about writing a fantasy series.

I have received a great response from people who have bought and read the book so far, commentating on my vivid descriptions of the characters and locations I have created. I am the start of my writing career, and hope this continues in my following works and can carve a name for myself in the dark fantasy sector. I want the reader to experience a mixture of emotions from joy to anger, fear and trepidation.

To write my book, I use my trusted Google Chromebook laptop, which includes a fast and cheap word processor that I would recommend to anyone. I have used ‘Canva’ for my front cover designs and have recently used ‘Hemingway editor’ as a style checker, which helps tighten up my writing and offer me synonyms of words I can use so I’m not repeating myself.

During my English lessons at secondary school, I read a book called ‘Underground to Canada’ by Barbara Smucker. It is a tale of slavery, where four black characters called Julilly, Liz, Lester and Adam decide to escape their plantation and travel through an underground railway across the border. The author makes each of these characters unique, complete with their own traits. All four show the reader that you will succeed if you work hard, whilst trying again and again even if you fail, something which has stuck with me ever since.

I really enjoy http://socialbookshelves.com @SocialShelves, which include reviews of books, complete with a handy score. They also include recommendations to other books that are similar, so it is a great way to discover new works that may have otherwise passed me by. 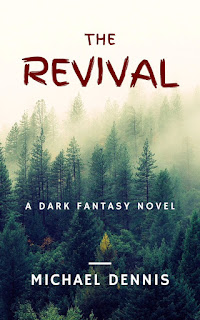 As a brand new author, I chose the self-publishing route for this trilogy, as I wanted full control over how the story was developed, what the cover looked liked and how it was marketed. It has been an idea that has floated around in my head for a number of years and I didn’t want it to be edited or changed to suit someone else. I’m pleased I did; I have been really impressed with the amazon KDP website, as it makes it easy to publish your work on their site in ebook and paperback form. Having said that, I may consider a more traditional route in the future.

Stephen King, definitely. I have read nearly all of his work and, although he is the master of horror, can blend different genres into his work. This is particularly evident with his ‘Dark Tower’ series, which is set in a western fantasy world that runs parallel to a modern day setting such as New York. His characters are gritty, likeable and realistic and his humour is particularly localised.

What convinces you to purchase or download a particular book? Is it the front cover, blurb, opening chapter or review that people have left? 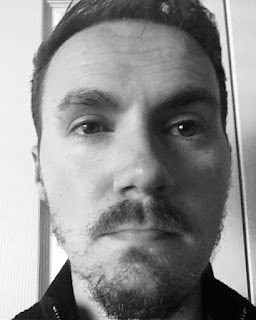 I was born in Nottinghamshire and now live in Newcastle, working full time for the National Health Service. Outside of the writing world, I enjoy football, Formula 1, films, cycling and going to music gigs. My two favourite bands are Stereophonics and Manic Street Preachers. I also have a page on twitter; @authorMDennis

Having been a fantasy enthusiast all of my life, I made it my New Year's resolution in 2017 to write a self published full length novel. After months of careful planning, world building and rewrites, it became clear one book would eventually become three; 'The Bringer of Shadows.' I published the first part, 'The Revival' in September 2019, which follows a group of young mercenaries undertaking their first mission as newly qualified candidates of the Northwood Military Academy. What seems like a routine mission from the outset turns into something much more sinister, as an extinct evil is awakened once more that threatens the very nature of society. Can the mercenaries, led by their illustrious leader General Francis Martine, combat treachery, personal tragedy, love and hate to piece together the clues and stop the threat before it is too late? Download it or buy in paperback on amazon.

The Revival: (The Bringer of Shadows, Book 1) by Michael Dennis
Posted by J Lenni Dorner at 5:29 AM