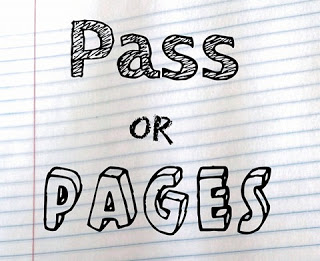 Jeza[TDM1]––just Jeza[SS1][JH1]––has no idea sage magic exists, let alone that she’s the reincarnation of the creator of the four elements[SS2]. When the king’s men arrest Jeza after an underground fight, she’s given two options: imprisonment for her violent crime or training to fulfill her birthright of becoming a sage[JH2][TDM2]. Despite her reluctance[SS3], she chooses training and quickly finds a new home amongst a group of supportive sage students[US1].

In her hopeless struggles to wield one element—earth, water, fire, or air—like a normal sage, her true power awakens. And it’s not what she expects[TDM3]. Jeza is, in fact[JH3], an absorber of all elements[TDM4], making her a danger to herself and everyone around her. With each bit of magic she takes in, Jeza becomes increasingly less herself[TDM5], and hides her ability out of fear. Before Jeza can learn to control her new power, a sage murders her friend––a fellow student[JH4][KP1].

With more attempted murders and the castle on lockdown, Jeza fears for her life and that of her friends. Only Jeza’s secret power can identify the killer and prevent more death[KP2], but trying to master it could kill those around her and cause her to go insane[SS4][JH5][KP3].

Complete at 83,000 words, SILHOUETTE is a stand-alone young adult fantasy that contains found family, a secular garden of Eden, and girls who fight with words, swords, and magic[TDM6]. SILHOUETTE mixes the family dynamics of Scott Westerfeld’s Imposters[KP4] with the magic system of P.C. and Kristin Cast’s House of Night[KP5] series[KP6] and will appeal to fans of both[JH6].

Thank you for your time and consideration[KP7].

~~
Uwe's comments:
[US1] I am confused. What world is that? Who is the king? Why does it start with “-just Jeza” This is not for me. I stopped reading at the end of the paragraph.
Kelly's comments:
[KP1] Holy STAKES! But why is her friend murdered? What’s the purpose here? =)
[KP2] Hmm, how so? And let’s try to stay as far away from “the chosen one” trope as we can here. How else can we describe the necessity of Jeza’s powers?
[KP3] How so? Are her powers dangerous? I didn’t get the sense that her powers were necessarily dangerous, but that they could mean danger FOR HER if someone discovers it. Does that make sense?
[KP4] Imposters should be italicized
[KP5] House of Knight should be italicized
[KP6] OH COOL! I used to love this series when I was younger.
[KP7] So this is a GREAT pitch, but my biggest question is: how is it DIFFERENT than the others? I can see that your magic system might be a bit different, but how is this super different than Throne of Glass, or other magic systems and Cinderella-like stories involving elemental magic? Can you find that difference and bring it to the forefront of this pitch? I want to know how this will stand out in the crowded YA Fantasy genre and be able to say exactly why this is a story you have never heard before and that the marketing teams NEED to take it!
Shannon's comments:
[SS1] I would delete this. It’s a distraction and unnecessary.
[SS2] Very passively worded.  Might tighten by rephrasing to: “… let alone that she’s the reincarnated creator of the four elements.”
[SS3] Why would she be reluctant? Wouldn’t anyone choose training over imprisonment?
[SS4] This might need to be condensed a bit and reworded for clarify and for a better flow. I would probably have stopped reading after the second paragraph of the query because a convoluted wording and because I felt far from getting to the main conflict.
Jennifer's comments:
[JH1] I don’t think the —just Jeza— is needed. It interrupts the flow of the opening line.
[JH2] I liked the second line. It gives me a good glimpse of the story.
[JH3] I don’t think the “in fact” is needed. It interrupts the flow of the sentence.
[JH4] I love this paragraph! It gives me enough information to want to read the writing sample.
[JH5] Great stakes here.
[JH6] Good comparative titles.
Torie's comments:
[TDM1] I’d put title/genre/word count here before diving right into the story.
[TDM2] These two sentences feel disconnected – we go from Jeza not even knowing she’s a sage to her having to train to fulfill her birthright. It feels like I’m half a step behind and playing catch up as to how we got there.
[TDM3] This feels superfluous – if everything went exactly as the heroine expected, it wouldn’t be much of a story!
[TDM4] I feel like we’re getting kind of into the weeds of the magic system here, in a way that’s confusing. You’ve mentioned wielding and absorbing elements, and I’m not sure what the difference is. Is the fact that she’s absorbing the elements more unusual, or the fact that she’s absorbing all the elements?
[TDM5] This is kind of vague – would love if you could be a bit more specific about what effect this magic is actually having on Jeza.
[TDM6] I like the details here, but they’re not really supported by what I’ve read of the query so far, with the exception of the found family element and the magic. I could see this being either intriguing or confusing, depending on the reader.

I’m the only girl that fights in this part of Cabrayant and I draw quite a crowd. Tonight is no different. I stalk my opponent, the village mason, while he tries to catch his breath. The cheering escalates, filling the crowded tavern.

The mason leers, blood running down his face. He knows as well as I do that he’s about to lose. Liquid splashes on my back and a waft of mead fills my nose. I feign a right hook, drawing the man’s attention in the direction I want.

I step forward and as I swing, my foot slides through a puddle. My body lurches and my fist collides with his neck instead of his face. He gasps, staggers, and falls. The corner of a table catches the mason’s temple on his way down and there’s a sickening crack. The onlookers roar my victory. But the mason stays down. He’s still; too still. The cheers turn to gasps, then motion when the crowd reacts. My hands dangle at my side.

People rush forward and roll the limp man. His eyes stay shut and blood runs from his ears. I take a step forward, chest heaving.

“Jeza, no,” Cale, the old tavern owner, says. He pulls me away. I wince as his fingers dig into a blossoming bruise on my arm.

I stare over my shoulder as Cale drags me; the crowd envelops the dying mason[SS6]. A man scowls when I stumble into his sheathed sword. More faces glower[JH7][TDM7][KP8].

~~
Uwe's comments:
None
Kelly's comments:
[KP8] WELL DANG! START IN THE ACTION, WHY DON’T YOU?! This is great! I would have liked to see the fight be drawn out a bit longer in order to get to know our MC a bit more before the crap hits the fan, so to speak. I want to know who she is while she’s fighting, and what she believes in. What’s her drive with these fights? Why does she do them? For money? Power? Revenge? What’s up with her? Well done, though! I’m going to say PAGES! Send me the first 50 through my Query Manager! You can message me or email me to get the link if you need it. =)
Shannon's comments:
[SS6] I would reword this. The first part of the sentence doesn’t connect well to the second half. Might break it into two for clarity.  “Cale drags me away. I stare over my shoulder watching the crowd envelop the dying mason…”  Or some other rewording.  Right now, it’s not clear and is awkwardly worded.
Jennifer's comments:
[JH7] This was an intriguing opening. I wanted to know why she was fighting. I was engaged with Jeza, and I wanted to read more.
Torie's comments:
[TDM7] I think this opening is pretty strong overall – it drops us directly into the action, while also giving us a sense of who this character is through both what she tells us and how she behaves. And the stakes are raised immediately by the accident with the mason, even if it’s not clear immediately what consequences the incident will have. This is not the type of fantasy I find myself connecting with often, but I’d be happy to take a look at the first 50 pages.