For today's Book Corner Saturday, I'm going to highlight two of my favorite MG reads this fall. Both authors have YA titles out, and I'm a HUGE fan of them. After hearing they were tackling a different age group/category, I was very excited to see what they came up with.
And folks, they did not disappoint. There's an overload of magic, adventure, creepy villains, originality, and awesome. Okay, that last one isn't very specific, BUT it's true.
Without further ado, here are two MG books you should watch out for: 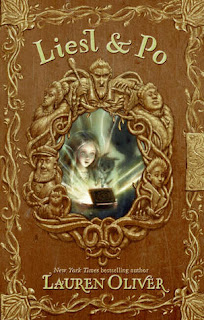 Liesl lives in a tiny attic bedroom, locked away by her cruel stepmother. Her only friends are the shadows and the mice—until one night a ghost appears from the darkness. It is Po, who comes from the Other Side. Both Liesl and Po are lonely, but together they are less alone.
That same night, an alchemist's apprentice, Will, bungles an important delivery. He accidentally switches a box containing the most powerful magic in the world with one containing something decidedly less remarkable
Will's mistake has tremendous consequences for Liesl and Po, and it draws the three of them together on an extraordinary journey.
From New York Times bestselling author Lauren Oliver comes a luminous and magnificent novel that glows with rare magic, ghostly wonders, and a true friendship that lights even the darkest of places.
Make sure you boy your copy of Liesl & Po on October 4th!! 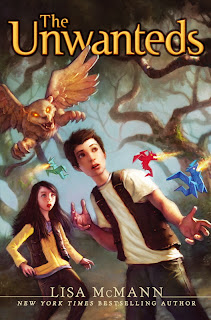 Every year in Quill, thirteen-year-olds are sorted into categories: the strong, intelligent Wanteds go to university, and the artistic Unwanteds are sent to their deaths.
Thirteen-year-old Alex tries his hardest to be stoic when his fate is announced as Unwanted, even while leaving behind his twin, Aaron, a Wanted. Upon arrival at the destination where he expected to be eliminated, however, Alex discovers a stunning secret—behind the mirage of the "death farm" there is instead a place called Artime.
In Artime, each child is taught to cultivate their creative abilities and learn how to use them magically, weaving spells through paintbrushes and musical instruments. Everything Alex has ever known changes before his eyes, and it's a wondrous transformation.
But it's a rare, unique occurence for twins to be separated between Wanted and Unwanted, and as Alex and Aaron's bond stretches across their separation, a threat arises for the survival of Artime that will pit brother against brother in an ultimate, magical battle.
The Unwanteds is available in stores now, so go get your copy!
Posted by Amparo Ortiz at 7:00 AM

oo those both sound great! Especially The Unwanteds. I'll definitely have to check them out! :D

Both are on my wish list! I'm glad to see more cool middle grade books!

I'm all over that second one. It's always inspiring to see authors writing the books that need writing and not worrying about audience. I know I'd be a quivering puddle at the thought of switching from YA to MG. My first book was MG, and it will never see the light of day.

I am so unbelievably stoked about Liesl & Po. Despite all of my friends fangirling Lauren Oliver left and right, I have yet to read BEFORE I FALL or DELIRIUM. Yet when L&P popped into my bookstore's ARC pile, I snatched it up.

It is such a lovely, lovely book. I pretty rarely plan to purchase the book when I have an ARC already, but dangit, I want this one in a cuddly hardcover. And I'll be buying it for all my nieces and nephews, too.