Revisions: The "Go To Romania" Approach

Remember that time I talked about Alexander Skarsgard and Sweden and nudity and revisions?


Sorry. No ASkars or Sweden or nudity today, folks.


But I am talking about revisions. And another European country. 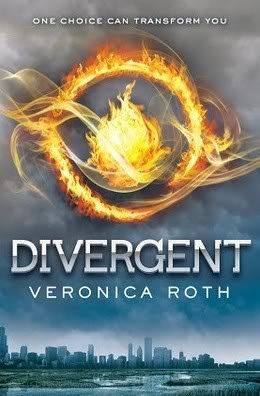 You see, I admire Veronica Roth. A lot. Not only can she write super awesome dystopian YA books, she's also living my dream: pack up and live in a foreign country for a few months. Yesterday, Veronica blogged about moving to Romania. She also blogged (and has done so a few other times) about her shyness. According to her, she's not exactly the adventurous type.
And yet she moved to Romania.
O_O
Now. Revisions. Whatever you choose to tackle first, you have to dedicate time to one pesky little thing: character development. The rounder your main character and supporting cast can be, the better. And what makes characters round? Change.
I'm not talking about a full 180, though, unless that's what your story calls for. Like, say your MC hates chinchillas, but loves French bulldogs. It's okay for her to warm up to chinchillas, but maybe she can stay in love with French bulldogs, too. Or say she wants to go to art school in New Zealand simply because it's super far away from home. Then bam! she finds an awesome art school about twenty minutes away instead. She's torn. The world is unfair. Everything sucks. Until she decides that running from her problems isn't that helpful, and she picks that art school near home.
Going to Romania doesn't mean Veronica is a whole other person. She's still her, but with a different perspective on one particular thing. When revising your manuscript, ask yourself: are my characters doing whole 180s, or just adjusting certain viewpoints that used to limit them? I'm a huge supporter of the latter. Change isn't there to wipe out everything in a character, mainly because that means you might remove what made your character a great/relatable/likable one. It's all about the layers. Some are more necessary than others, and some can be yanked off to reveal prettier skin :)
Now tell me: how do you know which traits should stay and go in your characters??
Posted by Amparo Ortiz at 6:21 AM

Excellent post! I have to suspect that you're reading my journal somehow, because this post really fits where I'm at in my WIP. :-D I've been asking myself what's great and not so great about my heroine, and how she will grow on her journey. While she's not going to Romania (and it's been awhile since I've seen Veronica Roth's blog, so I didn't know she was moving there), she is going on a road trip that I'm hoping will be life changing.

LOVE Divergent. Can't wait for the sequel. I love the point about your character making adjustments, rather than 180-degree changes, over the course of a story. I know I have a tendency to over-apply new writing lessons, and for the longest time, I heard Every Character Needs To Change, and I always ended up doing a full-on makeover. I'm just now learning that it's okay for the changes to be small, as long as they make a difference in the MC's life, and hopefully in the lives of the characters around them.