My wonderful friend and crit partner, Christine Fonseca, is celebrating the release of her novella DIES IRAE. This book launches her amazing Requiem series (LACRIMOSA, the first book in the series, will be out 3/21/12). Here's a teaser: 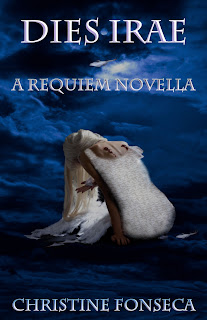 Some sacrifices should never be made—even for love.


Mikayel lives by one rule—obey the orders of the angelic Council at all costs. But when he and his friends, Azza and Demi, are sent to Earth as teenagers, following the rules is more difficult than they expected.
Being human isn’t the only problem facing the three angels. Unbeknownst to the Council, demonic activity is on the rise, threatening to break a tenuous peace that has existed for a millennia.


Caught in a struggle for power with unseen demonic forces, and fighting against his rising emotional, Mikayel must now decide how many rules he is willing to break to save his friends, a decision that could reignite an ancient war and will threaten the only thing that matters to the angels, the survival of humanity.


So, to help her celebrate, we are giving away not one, but TWO, copies to one lucky commenter. One copy for you, and one to give away to the person of your choice :D (your choice of pdf, Nookbook, or Kindle).


To enter, just leave a comment below. Winner will be announced Saturday. Good luck everyone and congrats Christine!!!
And here's a sneak peek of LACRIMOSA :) 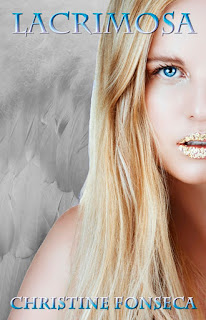 As if casting out demons isn’t hard enough, five-hundred-year-old Nesy has to masquerade as a teenage girl to do it. Nesy is the best of the warrior angels called Sentinals. She never makes mistakes, never hesitates, never gets emotionally involved. Until she meets Aydan.


He is evil incarnate; a fallen angel that feeds off the souls of others. Everything Nesy is supposed to hate. But she can’t, because he’s also the love of her former life as a human girl—a life that ended too soon, tying her to emotions she was never supposed to feel.


Now Nesy must choose between doing her duty—damning Aydan to the fiery depths of hell—or saving him, and condemning herself. 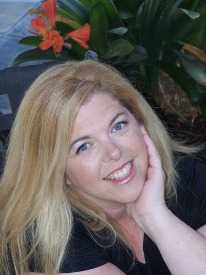 About Christine Fonseca
School psychologist by day, critically acclaimed YA and nonfiction author by night, Christine Fonseca believes that writing is a great way to explore humanity. Her debut YA Gothic series, The Requiem Series, including DIES IRAE and LACRIMOSA, examines the role of redemption, sacrifice and love. When she’s not writing or spending time with her family, she can be sipping too many skinny vanilla lattes at her favorite coffee house or playing around on Facebook and Twitter. Catch her daily thoughts about writing and life on her blog.

DIES IRAE can be found on Amazon, and Barnes & Noble
Posted by Michelle McLean at 6:48 AM

This novella has an awesome cover! Looks like a great read!

I would love to win this book!

Sounds like a great read! Would love to win :-)

Ahhhh I want to read both!! Can't wait until they are released, it would be nice to win the novella! :)

Thanks everyone! The novella is OUT NOW, and the novel is coming very soon. Good luck everyone!

Love the covers and the descriptions. Those feathers look so soft!

Woot--I am so happy for Christine! The plotline sounds awesome. :)

I can't enter, but congrats to Christine!

Well, since I already bought the book AND read it---I say--go for it. The book is GREAT!!!