I Dream of Genies 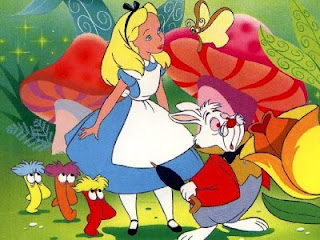 Much has been written about them, but they're still this magical, little-understood miracle in our lives. They can be deeply disturbing, simply shocking, or absolutely blissful. Sometimes they don't make a lick of sense. Other times, we get our stories from them, carefully crafted by someone other than our own conscious minds.

This is how Twilight was born.

I've read of other authors who use their dreams exclusively in writing their fiction. They've even learned to manipulate their dreams, follow different story lines, back up and start again when it veers off in the 'wrong' direction.

As for me, I am not in control of my dreams. Occasionally I have one that's too disturbing to continue and I wake up with a horrified gasp, slightly less dramatic than in the movies.

But most of all, I notice a spike in storylines in my dreams when I haven't written anything new in a while and my mind really wants me to start imagining again.

In the past month alone, I've dreamed of time travel, whodunit murder mystery on a cruise ship, a love triangle involving a seemingly ordinary girl and two brothers, animals that foretell the future in an ominously human voice, and explosions of major landmarks.

I find myself in the shower afterward trying to weave these separate points into one cohesive story. It's enough to make me laugh out loud at my own subconscious. Some elements shouldn't be combined into a single story, and the attempt is nothing short of hilarious.

You probably won't be reading my "Dr. Who meets Agatha Christie with talking animals" for young adult readers any time soon. But it's opened up my imagination a bit to contemplate the idea. And I never would have dreamed of combining those elements... if I hadn't dreamed them first.

What role do your dreams play in your writing life?
Posted by Katrina L. Lantz at 11:14 AM

I won first place in a short story contest from a story I wrote that came from a dream (nightmare, really). I've had a few other dreams I've scribbled notes down about, but am still waiting for my Stephenie Meyer moment. I get even more ideas while I'm in the shower-gotta get me a pen and paper in there! :)

Bathtub crayons! ;) It would be pretty devastating to have an entire outline wash away on the shower wall, though.

I'd like to take this opportunity to point out that the Doctor did meet Agatha Christie. And there kind of was a talking animal. Ish. :P

LOL! Ashley, it was a giant wasp! Not what I had in mind. Very good point, though! Thanks for the laugh!!

I think I've only had one dream I've woken up from thinking, 'My God, what a great story that would be--I've GOT to remember that!' Sadly, I didn't. However, I've had some dreams that, in looking back at, definitely related to writing anxiety.

I tend to dream up conclusions to the projects I'm working on... and throughout the dream I think, wow! This is amazing! I have to write this down! And then I wake up and realize that what I dreamed didn't actually make any sense, LOL.

My subconscious does have some pretty good ideas every so often, though! And I, for one, would be all over Doctor Who meets Agatha Christie with talking animals ;)

So I totally just bought those on Amazon, lol. Thanks for the link. :)