Inciting Incidents: You can take the girl out of the suburbs... 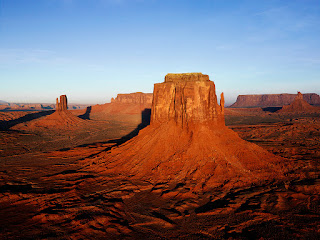 We're moving farther into the city tomorrow. It was set before the election in response to what has become the economic reality for many people.

Inciting incident: Rising costs across the board. Gas prices in CA are crazy right now. That makes food costs more expensive, as well, which we can definitely feel in the tightening of our belts. And the renewal letter we got from our apartment manager proposed raising our rent by $200/month. At that moment, it was clinched. We had to move.

The adventure or quest novel always begins this way. Something happens. It can be a gradual build-up, but often it happens all at once--something that changes everything. For your hero, it should color everything gray. It should make the need to change inevitable.

And, as Donald Maass says in Writing the Breakout Novel, it should be gut-wrenching. He calls it "gut emotional appeal," but whatever you call it, it should be like a punch in the chest to your character, something so tangible your reader is reeling from the sympathy pains.

I don't think I've ever written an inciting incident so powerful, but I can tell you that I'm living one right now. And it's something I'll take with me into my writing going forward. Because my family of five is now on a quest, to make the city our new home.

A suburban girl who really prefers the open skies of Arizona and the open breezes of the southern Utah red rocks is going to be living in a tri-level attached to a hundred other tri-levels. I'm a character in my own story, and I know this is going to change me because... how could it not?

I have a lot of worries. Thanks to the economy, theft is on the rise. Youth unemployment has led to a rise in teen gangs just walking the streets looking for trouble. I'm reading every day in the news about random acts of violence that seem to have no real motive other than boredom combined with evil. As a mom, I keep these stories in my worry-chamber, storing them up so I'll be prepared for anything. But you can never prepare for everything.

My oldest is only five, but those of you who write YA could easily write me in as the mother who worries too much and tends toward the dramatic. Or I could be Bella, leaving her home with nothing but a tiny cactus to take Arizona with her to the rainiest place in the country. 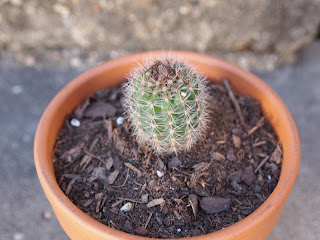 Change is powerful. A change of location, the introduction of a stranger, or a group of strangers, the loss of someone beloved -- it's transforming.

What's the catalyst in your adventure? Does it break your character's heart? Break it. Because the path toward wholeness is the whole story.
Posted by Katrina L. Lantz at 10:49 AM

Change is/can be growth. I hope so. We'll be thinking of you and praying for you this weekend.

*hugs* You'll be fine, girl. Just keep your head in the game, be the best mommy/wife/writer you can be, and all will sort itself out.

I love what you said about breaking characters' hearts. I love doing it, LOL. Without struggle, there's no excitement to any story, I think. So in this regard, I totes agree with you.

However, there's one part of your post that made me pause: "Youth unemployment has led to a rise in teen gangs just walking the streets looking for trouble. I'm reading every day in the news about random acts of violence that seem to have no real motive other than boredom combined with evil." I don't live in the U.S., so I'm not sure I have any say in this whatsoever, but my psychology background calls to me. I believe you're confident these are the only reasons behind crime in your country. What I wish to highlight is that you mentioned the gray area an inciting incident causes. As a fellow writer, I strive to color as much gray into my characters as possible. Sometimes I fail miserably, though. But this gray comes from the real world, from having seen how complex and layered people are. Usually, I need this reminder most while creating my villains--they're usually stereotypical baddies who are out for blood just because my heroine needs a baddie to defeat. *sigh* I'm still learning how to improve on this. It's my wish to be a total Jedi master of it in the super near future.

I respect your frustration, and you have every right to feel it, of course, but I needed to share my love of gray in the real world, too.

Thank you for the excellent reminder! I am newly determined to have my reader "reeling from the sympathy pains." That's an awesome way to put it.

Amparo, I was referring to recent articles about gang rapes of teenage girls in city streets. It seems to be happening with greater frequency and I tied it to youth unemployment because it's a factor in youth gang activity. It's higher than ever now. I can think of no real motive for raping a teenage girl. While theft can be justified by many because of poverty, rape cannot.

Theft is horrible when it happens to you. I know personally. But that's not my greatest fear about my children in the city.

When I talked about a gray world, I meant the actual color - like "you make me happy when skies are gray," not a moral gray area. I appreciate your perspective on that, though.

I'm sure my little family will survive this. I hope we will be the heroes in our own stories and rise to our challenges. That's what this is about to me.

:) Thanks for reading and commenting. Good luck with your stories!

I appreciate you clarifying your point, but I think you're interchanging motive for being in favor of a heinous crime. I obviously don't condone rape, but I understand how rapists justify their atrocious crime in ways that make sense to them. Everything is subjective. Except for math :)

I also worry about you and yours, Katrina, regardless of where you live. I hope city life is a blast and full of adventures for your boys (I am dying for the day I get to read their stories, if they follow in Mommy's footsteps!). Again, thanks for starting this discussion, as I think it's a necessary one. And happy NaNoRevMo! :)

I'm still not sure what discussion you mean, but I'm glad you took something useful from my situation. We're trying to look on the bright side over here. Some people can't work in cubicles. I'm not a big city person. There's plenty of room for psychology play in that alone.

This post hit me hard (We live in CA too and are suffering some serious belt tightening. I wish you all the best with your move and that you are able to keep your family safe and keep moving forward. I'm impressed you were able to relate it so well to an inciting incident. Are you writing currently? I bet it's powerful. Hang in there

Hugs, Katrina. I hope your move brings you good things. This is not a time of great security, but I hope you find it.

Best of luck to you and your family, Katrina.