SHADOWS of the HIDDEN by Anne Riley is here! 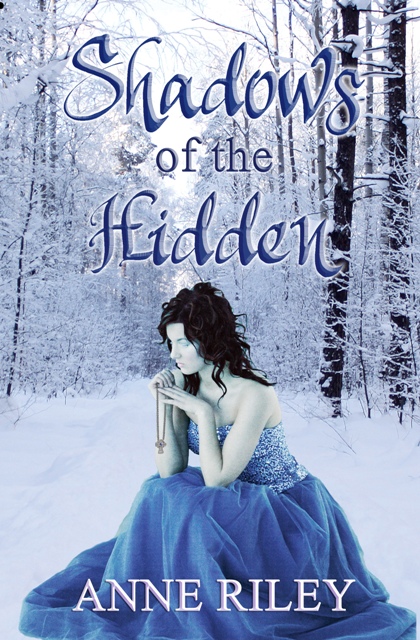 It's out! Well, for pre-order!

If you use this pre-order link, shipping is free.


Natalie Watson doesn't believe her parents are dead, even though they disappeared five years ago. Discovering the truth about their fate is one of the only things that gets her out of bed in the morning. But after moving from her home in Georgia to her aunt's boarding school in Maine, solving the mystery of her parents' whereabouts is just one of several challenges she must face. When she's not fending off attacks from the popular kids, she puzzles over the rumors about a strange boy in her math class--one with fiery red hair who rarely speaks.

Despite suspicions that he murdered his sister a year earlier, Natalie finds it impossible to stay away from Liam Abernathy--especially when he confesses to knowing something about her parents. Soon she's following him into the forest, where things happen she doesn't understand...things that shouldn't be possible.

Natalie soon realizes her connection to Liam is deeper than she ever imagined, and not everyone she counts as a friend can be trusted. When she finds herself at the center of a centuries-old quest for immortality, she must work with Liam to stay alive--even if it means facing a truth about herself and her family that will not only shake her perception of herself, but of the entire world around her.

If you ever heard me gush about THE CLEARING by Anne Riley, then you know I am a big fan. SHADOWS OF THE HIDDEN is its reincarnation, put out by Compass Press.

The new cover goes above and beyond my original hopes for it! Covers aside, the content of this book is deep, moving, and wonderful.

I've been recommending it to my friends for over a year, and now I have a reason to talk about it some more!

Even though this is a magical book - okay, so it's got magic in it, not made of - it also touches on some very real-world problems, like the cost of bullying, the reality of bereavement. Adults and young adults alike will enjoy the magic and relate to the pain. As a writer, I know it's tough to strike that balance between magic and realism, but Anne Riley does it seamlessly.

I hope you enjoy Shadows of the Hidden as much as I have. And if you do, skip on over to Anne Riley's page and tell her how it made you feel.