Peeta Won Me Over 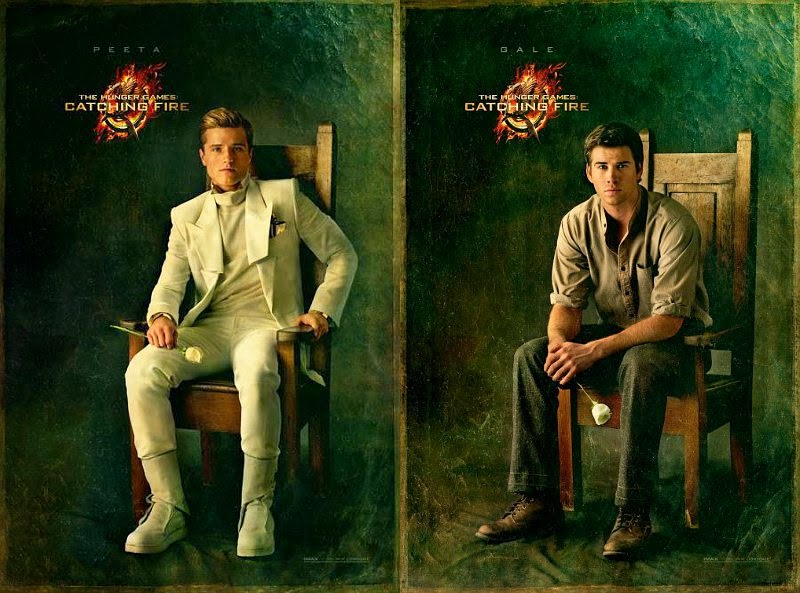 I went and saw Catching Fire for my birthday. I was very excited as this is one of my favorite series and book 2 is (by a small margin) my favorite book of the series. Watching Gale and Peeta strut their hotness across the screen got me thinking about bad boys vs good guys.

When I first read The Hunger Games, I was totally Team Gale. By the end of the book, I was on the fence. Peeta was just sooo sweet. By the end of book 2 I was even more conflicted because Gale is just hot and fiery and a bit of a bad boy (and I love me some bad boys). But Peeta...OMG Peeta. With the nighttime cuddling and constant sacrifice and his whispered "Always", he was just killing me. In a good way ;-) By the end of book 3, I was firmly entrenched in the Peeta camp and haven't budged since (though Gale can still make me drool a little) ;-)

I found this a bit curious because I'm generally a bad boy lover through and through and Peeta is anything BUT a bad boy. He can fight when he has to, he is definitely strong, courageous. But he is NOT a bad boy. Not even a little. Not even in the midst of the games or at the end after everything he's gone through. But you know, that unswerving devotion (minus his Captial-engineered freak out) is just hard to resist. :-) After reading the whole series, I think book 2 became my favorite mostly because that is the book where the Katniss and Peeta get a little lip action and snuggle time :-D It takes a special kind of character to woo me from the dark side, and Peeta Mellark is just such a character :)

Are you Team Peeta or Team Gale? Like good guys or bad boys? Or a bit of both? ;-)

(originally blogged on The Naked Hero)
Posted by Michelle McLean at 4:00 AM