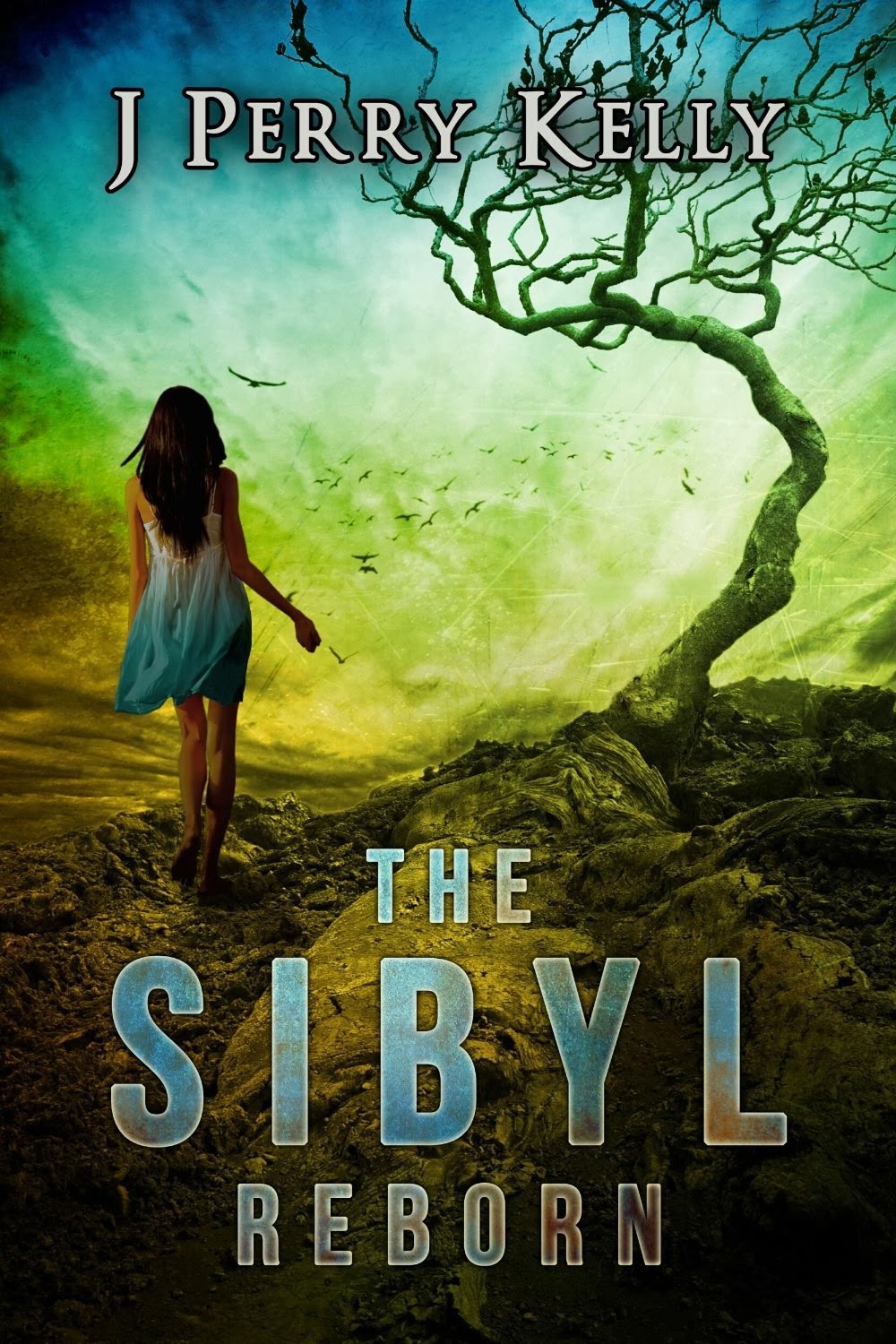 Like wildfires loose on a western mountain, the karmas of eight people, a teenage ghost, the CIA, mankind and its parent race converge on Bighorn Peak in Colorado, forcing Cassandra, the sibyl reborn, to outwit the bane of our spiritual past and solve a seemingly hopeless riddle: how to save her species from enslavement and her planet from her species.

Extended blurb: An Ancient Riddle for a Modern Crisis

Reputedly cursed to be disbelieved, a famous sibyl in a town called Troy once shared the dooms of family and friends—enslavement and violent death—when they laughed at her futile warnings. In The Sibyl Reborn, she reincarnates to save the future only to find that her words remain impotent however true. A fan of The Secret and What the Bleep, she petitions the universe for a fighting chance to finally make a difference. The universe responds with the tale that follows, entangling passions, agendas, karmas, and dreams. The Sibyl Reborn: where the human spirit and its ancient bane wage a final battle with forever at stake. 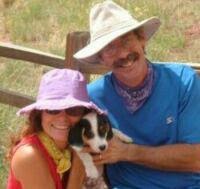 About the author:  Twice a surrogate spokesperson for the White House, James ended five years of biotech activism in 2006 in protest over Conservative plans to distort the science of Climate Change. Prior to a 1997 auto accident that left him paralyzed, he enjoyed a twenty-year railroad career in signals & communications, locomotive electronics, and rail traffic management. Together with his wife Selene, he restored antique furniture, redecorated old houses, and rambled along backcountry roads or Appalachian paths with Homer, their mostly beagle. The Kellys live at the foot of Pikes Peak in Colorado where James meets Selene daily on her return from Cassandra-like treks on mountain trails or through a nearby park called the “Garden of the Gods.” They hope you enjoy “The Sibyl Reborn.”

My Review:  The Sibyl Reborn is difficult to summarize. It's long, complicated, and full of thought-provoking ideas and characters. It entangles every genre with a wide range of personalities, from a tree-hugger activist to government-sanctioned serial killers, a cat who thinks he's God's gift to mankind, everyday men and woman who just want to succeed in life, and yes, inquisitive aliens. There's romance, horror, comedy, and this writer doesn't pull any punches when it comes to dishing out the Karma.

If the Sibyl is cursed to never be believed, who better to portray such a fate than an ambitious environmentalist? The whole premise was just fascinating. Read it! But don't expect to read it in one sitting, or even two. Digest it slowly.

I happened to see this tagline and I think it sums it up nicely to give you an idea. "If Erin Brockovich threatened the X-Files to fight Climate Change...."

And guess what? I have the author, James Kelly, with me here today! And let me tell you this man is the kindest, most amazing man I've met in quite a while. :-)

Me: Welcome, James! Obviously, I loved The Sibyl Reborn. It has the feel of a Tom Clancy novel with incredible details in government conspiracies with what could only be "insider information", so I just have to ask... how on Earth did you come up with this story? I have this fear that you'll be on someone's hit list after publishing something like this!

James: Hi Toni! Thank you very much for your interest in TSR and its backstory! I came up with its story [in part] through a personal 'UFO' experience and events that led to my falling asleep while driving in 1997--resulting in a spinal cord injury and my being paralyzed below the shoulders. Regarding my accident, I'd used creative visualization (i.e, "The Secret" or metaphysics) about a month earlier in a desperate effort to stay in Colorado. My job with the Southern Pacific Railroad would soon be moved to Omaha, and my wife and I loved the mountains. My accident and paralysis gave me what I asked for--I live in Colorado today--but definitely not what I wanted. It was a perfect example of the "Monkey's Paw Effect." My awareness of this possible connection affected me so much at the time that I wrote TSR to suggest that its characters and plots had collided through the "quantum magic" of its heroine.

As you know, TSR uses an aspect of human psychology as its underlying premise. I wrote about this when I first sketched TSR not because of climate change or the environment, but rather because I had stubbornly kept driving--minutes before my accident--due to my ego and to reach a target destination despite knowing I was falling asleep. It seemed perfect to reincarnate the cursed prophetess of Troy, Cassandra, if I wanted to 1) write a high-concept novel that takes place in the present and connects why humans arrived on Earth with our pending dooms, and 2) use entertainment to alert readers to a far-reaching aspect of human nature that scientists now describe as “universal.”

You're totally right in supposing that insider information contributed to my writing TSR. After sketching the novel's bare-bones story, I'd set it aside for years because I knew nothing about writing commercial fiction. Instead, I studied Neuroscience to understand the practical medical implications of peer-reviewed research. This led to my activism in the stem cells debates, to my serving as a White House surrogate spokesperson, and to my daily correspondence with national biotech policy advisers between 2002 and 2006.

The result of these experiences was that I came to believe that political and worldview leaders (including my former stem cells 'allies') consistently use Cassandra's 'Curse,' --the human tendency to interpret reality to support the ego, ambitions, beliefs, or convenience--to manipulate public opinion, to serve their corporate masters, and to exploit us for power and profits. This concern caused me to study novel writing in earnest and to return to TSR, determined to place my behind-the-scenes experiences in a global warming context. My goal in writing TSR was first and foremost to entertain readers, but also to warn them of aspects of human nature that allow others to control us through 'divide and conquer.'

Me: So many directions this could go-- I'll bring up the UFO sighting first. :-) While I've never seen one, I'm not 100% closed off to the idea. (I confess I rather enjoyed listening to Art Bell in the early 90s, when his midnight interviews felt like fiction on the surface, but always had that underlining essence of truth that made it hard to deny.) What was your experience?

James: Years ago, my wife and I lived in rural Pennsylvania where we took long walks daily past Mennonite farms near the Susquehanna River. One evening at twilight, we noticed a metallic sheen very high in the sky moving in a southerly direction. My wife, whose lifestyle and spirit were my templates for Cassandra, wondered aloud what the object was. In my role as ‘know-it-all male,’ I explained it was a weather or communications satellite. No sooner had I said this than the object darted eastward while instantly moving at a much higher rate of speed.

I recovered to announce that is must be something the military was testing--possibly a robotic drone. Again, as soon as I put my foot in my mouth, the 'thing' began to zig-zag across the sky, moving much faster [I'm sure] than anything man-made. Its changes of speed and direction seemed impossible according to Laws of Physics. While we watched it agog, it stopped suddenly without any deceleration. Selene and I gaped at each other in amazement. When we again looked upward, the sky was empty; the thing had vanished.

This experience (including our sense that the object had been toying with us in response to my stupid comments), along with the Roswell legend and reports of military encounters with UFOs, definitely influenced my novel's basic concept.

Me: Sounds like an unforgettable evening! It's so sweet that Cassandra in TSR is a depiction of your wife. She's snarky, intelligent, and clearly has a heart of gold. She knows exactly what she wants, and doesn't give a hoot about what others think, or what it takes to make something happen. She's so ambitious, I can't imagine anyone not being a bit inspired by her actions. That said, you did an amazing job with the many characters who stand against her, balancing out the whole "go-green" plot line and making her seem like just another dimwitted activist. I was so proud of her for standing strong with her beliefs, regardless of what people or the press threw at her. (Your wife must be an amazing woman!) Anyway! Back to the questions :-)

One of the impressive things for me about TSR is the degree of complexity and depth of each character, and how seemingly unrelated plots click together throughout multiple PoVs. You have a bit of romance, horror, comedy, sci-fi, paranormal, thriller, suspense.... Since most of us at OA are writers, how did you keep this organized without going insane?

James: I'm especially glad that you thought the plots clicked together. I say this because the agents I queried were either daunted by TSR's length or doubted whether a debut novel should mix genres, POVs, or multiple plot threads. One agent, after reading only a query, advised me to simplify TSR by limited its story to Cassandra's POV in the first person. I decided to leave TSR as it was and publish it because I felt that presenting multiple threads from each character's POV offered an effective way to suggest that Cassandra's metaphysics had caused the lives of its characters to entangle and crash, because I believed they added depth, drama, and realism, and because I thought the book as a whole actually worked.

To suggest the threads were connected and keep them ‘on track’ (until they overlapped and merged), I dropped hints to imply that the characters of each might be relevant to the goals or problems of the others. Plus, the threads develop so the reader soon realizes that all the threads somehow involve a single event (Dr. Mickey's blunder), The Taint, or both...even if the characters don't know it. Lastly, I use third person omniscient narration to give a common 'feel' to the plots.

Regarding Cassandra, I cast her as being ditsy [at the gold mine, but less so as the book moves forward] because I wanted to draw the reader into the story purely as entertainment without taking Cassandra seriously. After all, she's been famous since The Fall of Troy for being laughed at for telling the truth. Plus, Dr. Mickey and his wife would later need "someone whom no one will believe" to be their guinea pig. As the story unfolds and readers discover "The Taint," it's my hope they’ll come to see Cassandra in a different light while still being entertained.

Me: Well, TSR is long, complex, and does have a lot of characters, but I definitely agree it was necessary to reveal the overall story. Plus, the reviews from your readers have been excellent, so I'd say they agree as well. Great job and congratulations! Is TSR going to have a sequel?

James: Thank you and yes, I wrote TSR to have a satisfying conclusion [hopefully] that invites the story to continue. I’m presently writing a sequel.

James: Thank you so much for reading TSR and offering to interview me. It's been an honor to join you on Operation Awesome and a pleasure to answer your questions!

Me: Thanks, James! Though I feel the honor is mine. And if it hadn't been for your rafter contest, I might not have met you on such personal terms. *insert the universe at work*