So what business do I have talking about children’s books?

Well, I sort of wrote one. 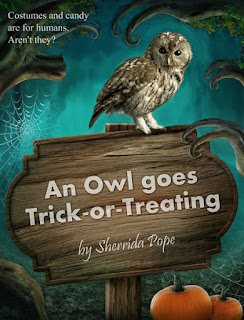 It happened more or less by accident, and I’m not here to claim I’m an expert at it. I am here to share what I’ve learned, and what I’m still learning, and what seems to be working. I’m also going to leverage my twelve or so years of experience as a mother, which, for anyone who’s unfamiliar with the job description, involves a lot of hours spent reading to children.

The first thing I noticed (as I started writing this chapter book that was not on my schedule, that I really was not supposed to be writing) was the intriguing juxtaposition between children’s writing and fiction meant for adults. All those years I’ve spent studying the art of wordcrafting, searching for just the right image to bring a scene to life, finding the narrative beats in a conversation… It all applies in children’s literature. All of it.

I was surprised, as my project began to come together, at how easily the scenes flowed into one another. The story evolved quickly. The characters sprang to life. (Yes, even the cat. Perhaps especially the cat.) And I didn’t have to stop, not even once, to look up the specifications for a space elevator or research the nucleotide sequences of a protovirus.

In short, it went fast. And I was able to use almost every writerly tool I’ve been introduced to thus far.

Even so, the discovery left me vaguely unsettled. If the distinctive aspects of a children’s chapter book did not lie in the craft and nature of storytelling, then where were the differences? Because I think most everybody would agree there’s a clear and tangible difference between a chapter book for early readers and a 400 page fantasy novel intended for adults.

After mulling it over, I came up with four concrete differences.

Length
Generally speaking, a book for children is shorter than a comparable book for adults. For example, the next book in my children’s series is called The Cat who Ruined Thanksgiving. The cover is rather indeterminate. It could be a children’s book, but it could also be a cozy novel aimed at adults. If I were to write the same book in both styles (which I’m not! That would be insane), the adult novel would be at least twice as long as the children’s version.

This is partially related to attention span, but it has even more to do with story structure. A children’s book tends not to have subplots or secondary conflicts. There’s a very direct progression from points A-Z, with a tight focus on the thoughts and needs of the primary character.

Subject matter
Aside from the obvious – certain types of conflicts are distressing to and/or inappropriate for children – there are powerful thematic differences between an adult novel and a children’s book. The best children’s books I’ve read focus on concrete problems that are easy to identify. Challenges that will resonate with a child.

Going back to our (hypothetical) two versions of The Cat Who Ruined Thanksgiving, the variation for adults would probably focus on the cat’s mysterious behavior and rising conflicts between the various adults in the household. The children’s version will focus exclusively on the cat’s frustration with the way events begin to unfold.

In An Owl goes Trick-or-Treating, the primary conflict is one that nearly every child raised on continental America will understand: Arthur wants to ring doorbells and collect candy, but no one will let him.

Vocabulary
I’m a big believer in the power of complex words, so I don’t shy from the polysyllabic, even in a children’s manuscript. Even so, I try to keep the general tone and presentation simple. Straightforward vocabulary. Direct sentences with few or no subordinate clauses.

I was about to say that I also “tell” a bit more often than in works written for adults, especially when it comes to the character’s internal landscape – but I just flipped back through the book and that’s not actually true. I simply “show” in more concrete ways. Interesting…

Artwork
Most chapter books for early readers include interior art. For a long time, I tried to ignore this fact. How important could it be?

When the third person in a row asked whether I was planning to include interior sketches, I finally caved to peer pressure. I figured the book was fine as it was, but I might as well include pictures if everybody expected me to. So I did some pencil drawings, scanned and reworked them in Adobe Fireworks, and added them to the book.

And the book got better because of it. I hadn’t expected that. My art is not spectacular on a technical level. But having a concrete depiction of Arthur, and especially an emotional context for some of the challenges he faces, brought a vivacity to the story that hadn’t been there before. Further books in the series will definitely be including interior art. 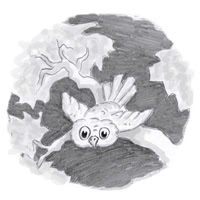 So there I was with a children’s book. But was it any good?

I decided to put my finished project to the ultimate test. I read it to my children. Children, you see, are the ultimate arbiters of quality. They like a story, or they don’t. They don’t hedge comments, and they don’t stick around to hear the end unless the actually care how things turn out. I knew my children would not lie to me. But I did not know if they’d connect with the story.

The first few chapters had me on pins and needles. The kids listened attentively (that was good) but they didn’t laugh in the places I thought they should have (that was bad). They jostled each other to look at the pictures (good), and objected loudly when I suggested stopping for the night (good), but were they really connecting with the characters?

Then the magic happened.

“Poor Arthur,” My six-year-old said, turning towards me at the end of chapter four. Her big blue eyes sparkled with empathy. She cuddled close for the final chapter while my older children leaned in from either side. 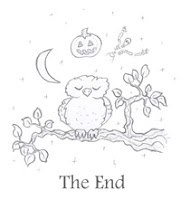 Bio:
Nancy Fulda is a Phobos Award winner, a Jim Baen Memorial Award recipient, and a 2012 Hugo and Nebula nominee. During her graduate work at Brigham Young University she studied artificial intelligence, machine learning, and quantum computing. In the years since, she has grappled with the far more complex process of raising three small children. All these experiences sometimes infiltrate her writing.