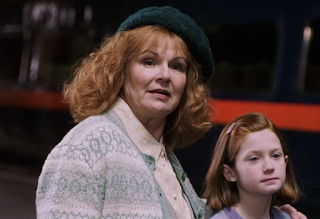 Great fiction draws realistic relationships and plays on tropes that don't end where you expect.

For instance, Katniss and Prim in The Hunger Games. When Katniss volunteers for the Hunger Games in Book 1, it's to protect Prim from almost certain violent death. But by the end of the series (spoiler alert) Prim is the heroine of her own story, rushing into a war-zone to protect those she deems worthy of her protection. She becomes a protector through her own nurturing way, a way that is as alien to Katniss as Peeta's incomprehensible kindness. Her character arc honors the differences between Katniss and Prim; it doesn't make her into Katniss or their mother. She is inspired by Katniss, but also shaped by her own internal voice.

In Pride and Prejudice, sibling relationships are central to the romantic plot between Darcy and Elizabeth. It is Darcy's little sister who, long before Elizabeth is even aware of her existence or importance, draws Darcy to Elizabeth as he sees her defensiveness and protectiveness of her own family. Though many characters are drawn comically--Mary with her pious studiousness and Lydia with her opposite flagrance and lack of piety--Elizabeth does not treat them as static stereotypes so neither can the reader. As she tries to teach them, sometimes gently and sometimes sharply, we see them as people capable of change and growth. Even the old father, set in his ways so long and comfortable with his escapes from five silly girls, is capable of growth and determines at the end to take a more active role in his children's upbringing while he can. His relationship with Elizabeth redeems him as a careless father because of his obvious love of her and the growth her story inspires in him.

In Their Eyes Were Watching God, Janie's grandmother arranges to marry her off at the tender age of sixteen. This seems to be done for Grandma's own peace of mind, to know Janie will be taken care of after the old woman's death. Janie never fully forgives her grandmother for this bit of selfishness, though her grandma tells her she is doing it for her own good. Such an act of desperation gives us sympathy for the grandmother at the same time we may feel shock at the decision, and especially shock at how little say Janie is given in an era when slavery has already been abolished. (spoiler alert) However, when we think that her grandmother came from slavery during the Emancipation Proclamation and was the victim of rape, having very little say in her own relationships, we understand better how her opinions about marriage and the freedom of young women were formed. Though the grandmother dies early in the story, her influence remains through the entire book as Janie experiences levels of freedom in her marriages and eventually rejects the ideas that made her grandma make that pivotal decision.

The Weasley Family from Harry Potter is my favorite family in fiction because the sibling relationships ring so true, from jokesters Fred and George trying to put their little brother under The Unbreakable Vow for a laugh, to the fierce loyalty they display to each other during the final battles of the epic saga. The parents, too, display all the characteristics and behaviors of real parents overwhelmed by raising responsible magical children on a shoe-string budget. Like most parents, they believe school is the surest road to financial success, and are horrified with the decisions their children make that take them off the well-beaten path. Then, when success comes unexpectedly, they are unduly proud as if this unorthodox living were what they wanted for their children all along. It's their foibles as much as their virtues that make them feel real to the reader.