Author Ellie Brixton is part unicorn and a cookie connoisseur.

1- As a unicorn, how do you feel about this image? 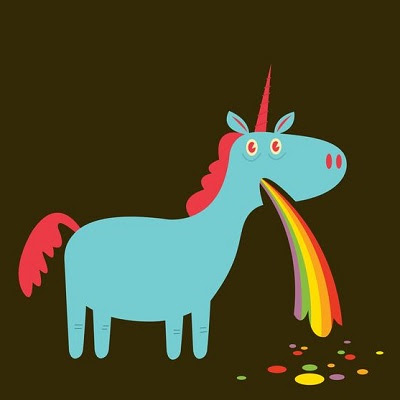 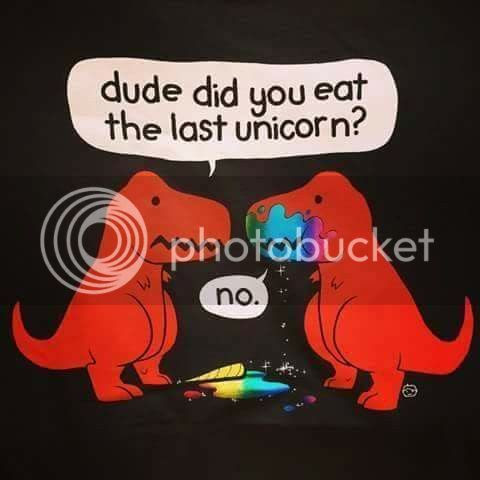 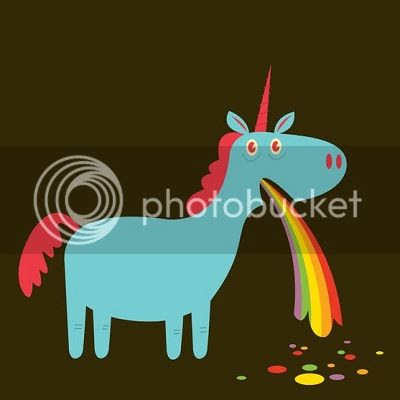 But as you can see, it isn't much of a problem because RAINBOWS.


2- Is your hair always pink, or do you rock various colors?

The pink hair is new. I decided that this is the year I'm going to live more boldly and take risks, the big-hearted, making for a happy life kind...it started with deciding to publish #Kissing and has snowballed, in the best of ways, from there.

In addition to the pink hair and becoming an author, I've started taking better care of myself by being more indulgent in some ways (I recently had my first manicure/pedicure in YEARS) and less indulgent in others (I stopped eating ALL the cookies and instead save them for special occasions so it feels more like a celebration when I do have them...though every day is a party over here, so *Shrugs and stuffs cookie in my mouth.*) 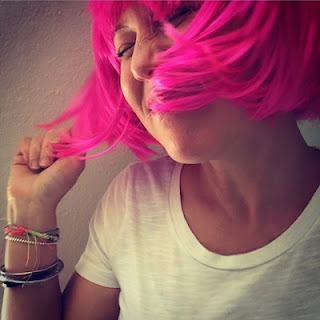 3- Is there any diversity we can look forward to in your book?

If by diversity you mean POC or non-hetero characters, for instance, yes. Penny, who becomes Josie's bestie in #Kissing and the star of the next book in the Rock and Romance series (@Snogging) is African American. The bassist in the Halos (the story's rock band) is gay. Also, Josie has diabetes, which I haven't come across too often in fiction.

4- If there were a soundtrack to #Kissing, what would be on it?

I have a #Kissing playlist on my YouTube page. Some of the bands/songs include: Maroon 5, Pink, Gwen Stefani, and Prince, of course.


5- Some people use hashtags outside of social media. What's your take on that?

A few years ago, I was quite contrarian on all things social media; I found it kind of obnoxious the way it was infiltrating and messing with English as I knew it. But it's grown on me, and I've met amazing people, a very cool writing community, and the bloggers/readers are AMAZING! So, since you asked me today and not several years ago, I'm all for usage of using hashies outside social media, #obvi.


6- What's the best cookie, and do you have a link to the recipe?

A great question with an impossible answer! But my solid, go-to, classic is this recipe. The secret ingredient is cream cheese, which might sound weird, but actually makes them super soft, but not cake-like. Softbatch Cream Cheese Chocolate Chip Cookies - Averie Cooks OMGNOM! 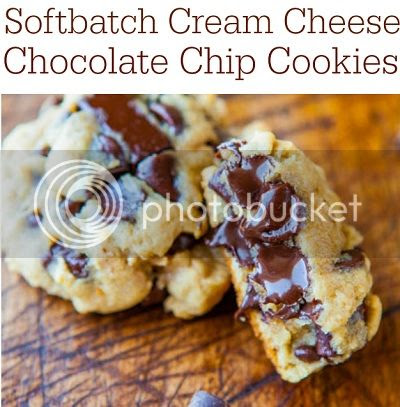 7- What most contributed to your choice of publication method?

Freedom, mostly. I didn't pursue traditional publishing, though I'd never say no to working with one of the "Big 5", just sayin', but I like that I have creative control over everything. Though it is a lot of work doing ALL the things. I also really dig the indie author community and loyal readership who support this DIY revival of sorts, where people all over the world are doing fantastic things with technology that entertain, inform, and are super creative.


8- How did a 1959 Cadillac convertible become your dream car?

It's such a classic ride. I had a similar Barbie car when I was little, and I always imagined cruising along a palm-tree lined road with the top down. Practically speaking, it'd mess up my hair with the wind and all, but I'm not usually practical so a 1959 Caddie it is.


9- Any tips for hoping-to-debut authors on how to avoid an epic #fail?

Hmm. My #success has yet to be fully realized, I think. That being said, I haven't #failed either, because I took a daring leap, not quite sure where I'd land, but am so glad that I had the courage to write #Kissing—a story of a girl finding true love, but also finding herself, and then putting it out in the world. I sorta went through a similar process as Josie and I suppose, that's a version of success in itself.

10- Might you have any experience as a groupie or as a rocker?

I wouldn't call myself either, but that world is not at all foreign to me. I love music and part of me has always been fascinated by the rock and roll lifestyle, but I'm more of a bookworm, truth be told and like a koala I need lots of sleep. Josie's schedule so wouldn't work for me.

11- It's one-free-book-for-every-unicorn day. How would you pick which book to get free?

Another great, but tough question. Let's see, I've read some terrific books lately, but if you must know, there are two that ended on a cliffhanger (hate the cliffy!) and I'm dying to know what happens... so I think I'd get my unicorn hooves on a copy of Broken Prince by Erin Watt.


12- Anything else you would care to share about your book and yourself?

#Kissing is about the good girl who found the bad boy, but couldn't forget about the one she left behind. The follow up novella, XOX, will be available in September followed by @SNOGGING, Penny's story, a novella titled PSS, and one more full-length & novella to complete the series, early next year.

Here's an excerpt from #Kissing

I used to be a good girl. I used to be many things. Now I just make it up as I go along. Most of the time I don't even know what I'm doing. Only that right now, I like the way this feels.

My moan disappears into the grinding of a guitar as I squeeze my eyes shut. I make my own stars as phosphenes flicker and dance behind my shuttered lids, winding through my vision in silver and yellow. I'm close, but not close enough for my mind not to wander.

JQ and I found a field as far from town as we could, dimming the city light. His fingers rested just inches from mine. We were young and nervous enough to make an excuse: a science project for Mr. Wilkins. We watched a celestial show in the sky that night, drifting to sleep under a summer blanket of stars. When dawn kissed our cold cheeks awake, we clasped hands. Then he kissed me, and I ran away.

Our lives went in parallax and here I am, my back arching as I call out with pleasure while my boyfriend has his head between my legs. I shouldn't be thinking about someone else. But he accidentally called me Heather once—whoever that is. These days the line between right and wrong is a blur. But pleasure is pleasure. And I can't deny Niko makes me feel good. I'll settle for good.


Let's hang out!
Website ♥ Amazon ♥ Twitter♥ Facebook♥ Insta♥ Goodreads ♥ Pinterest ♥ Newsletter
Also, you can get your copy of #Kissing US ♥Amazon UK ♥ Amazon Canada
This was Ellie's first official interview, but that being said, she thinks these were the BEST interview questions EVER. I'm so glad! You were fun to interview, Ellie. Thanks!

There is no such thing as too many books or too long a TBR. #bookworm #booklovah
— Ellie Brixton (@EllieBrixton) June 20, 2016