1- What is one "must-do" place or activity you'd recommend to someone visiting Manchester for the first time?

Good question! It’s a city with a great sporting and cultural heritage so I’d suggest seeing Old Trafford, England’s biggest club football stadium and home to Manchester United, or catching some live music in which case I’d head for Gorilla, a great club nestled under a railway arch, or The Deaf Institute; it seems a weird thing to say, but as well as the music and the people, I love the wallpaper there. Seriously!

Yeah, here’s one. I’ve been a big horror fan since I was a teenager, starting with Clive Barker and Steven King. I try and deny it but it keeps coming back to haunt me. Like there was this time I hired a chainsaw to cut down a tree in my garden. It came with a ridiculous safety helmet and visor, plus some heavy-duty overalls. When I got kitted out I looked like some ludicrous serial killer. So I got my girlfriend at the time to take some photos of me, and gave a lunatic roar at the camera wielding the saw. We printed the pics, had a good laugh then I forgot all about it. The next morning, the chainsaw was stolen from my car and I had to call the cops. A police officer came to interview me a few days later. She was very attractive and I found myself desperate to impress her. Unfortunately she said, “Have you any photographs of the missing equipment?” I considered denying it, but there was nothing I could do. I sheepishly showed her the pictures of me bellowing like a psycho. It was pretty much the most embarrassing moment of my life. Despite this chastening experience though, I can’t help myself – I still love horror.

It all started with those books where you could direct the course of the plot. Remember the Fighting Fantasy series?
“If you want to open the door, turn to 207. If you’d prefer to continue down the corridor, turn to 315.” I went crazy on them. I drew maps of their structure, re-played them over and over, tried to write my own. I remember a turning point was realising the motivations of the characters weren’t strong enough. (What was this guy with the broadsword doing in this room all day? Waiting for me to show up? Why was he there? Did he have a family to go home to?) I figured I could build a better one myself. That’s when I started writing.

4- Do you have a fun story to share with us that illustrates a time when a benefit of being a published author came to light for you?

There’s nothing like seeing your book on a table-top or face-out on a shelf in a store, particularly if there’s a little hand-written review underneath from an enthusiastic member of the bookshop’s staff, something they do in big stores here in the UK. It transforms your day, your week, your month!

5- Do you have any advice or tips for writers who are considering using a nom de plume?

Ah – good question. This is because I wrote a novel called The Poison Boy under the name Fletcher Moss. It was a great experience – very liberating. I’m naturally quite self-critical so the pseudonym gave me the chance to shut-off that inner voice. It was like armour to hide behind, especially because I was working full-time as I wrote; I was a Deputy Headteacher at a big school in Manchester. So I wanted to keep the two parts of my life separate. Then, when I wrote Lifers, it came out as a very different book to Poison Boy. And I felt I was a different person too by then. I’d cut down my teaching hours and was making a transition from one life to another. The change of name felt like it made sense.
My advice? Use a nom de plume if it helps you manage your inner critic. It can take you through blockages that might otherwise phase you!

That’s be my little girl. She’s five. She reckons Lifers is the best book ever written. Needless to say she’s never read it.

Yeah, I wanted to write about how spaces imprison us, but how choices do too. Sometimes we make decisions which trap us. That’s what happens to my main character Preston; he sends a cruel text message and that mistake closes in on him. We all make these mistakes, but some of us let them define us and some of us are strong enough to move on. In my dystopian prison, which I call Axle 6, some children become wild, and some retain their humanity. Some of my favourite scenes are set in the prison – there’s a riot over dwindling food supplies; the writing of that was a dark and scary ride! Ultimately I think a society can be judged by how it treats its prisoners. For me, prison is about rehabilitation as much as punishment. But Axle 6 doesn’t give prisoners chance to change – it condemns them to death. I’d love to hear other’s opinions on the nature and purpose of imprisonment; feel free to use the comments box to contribute.

8- What is the most memorable trait or visual oddity of one of your characters?

I have this guy called Mace who’s a conspiracy theorist. I loved writing Mace. As he gets unwittingly involved in the events of the story he’s convinced he’s stumbled upon something huge, so he records all his observations as voice memos on his phone. While my protagonist is trying to achieve something, Mace is often in the background describing the situation into his phone (“We’re trapped in a small room with a single locked door…”) It leads to a considerable amount of tension between the two of them, as you might expect!

9- Is there any diversity we can look forward to in your book?

I live in a diverse city, teach in diverse schools and spend time with kids from all heritages and backgrounds. It’s one of the things I love most about teaching. When I wrote the book, I just wanted to reflect the reality of that, so characters come from a range of cultural heritages and have different perspectives as a result. I don’t claim to be any kind of expert but I hope I’ve managed to capture some of that, at least.

10- As a reader, what most motivates you to buy a new book to read?

It doesn’t take much to persuade me I need more books! At the moment, I’m all about structure, so I get myself a new novel to try and work out how it’s built. I do a lot of deconstruction to try and isolate the building blocks. I think the The Poison Boy had a working structure almost by accident, whereas there was a more deliberate building of the structure of Lifers. But I still don’t know how to build a story, as it were. I’m still figuring it out. Successful authors often say something like, “the book seemed to emerge fully formed.” That’s amazing to me. I can find a thousand ways to screw up the structure of a book. Reading helps me work out where I’m going wrong!

11- What was the deciding factor in your publication route?

My journey wasn’t typical! I entered an annual competition run by Chicken House Books, my British publisher. They have huge numbers of novels entered each year, and they publish the winner. I had this crazy few months where I made it to the longlist (wild celebration!) then the shortlist (more wild celebration!) then won (shocked disbelief!) I’d recommend writers check out competitions like this, they’re a great way of getting noticed. And you don’t have to win to get a deal either.

12- Anything else you would care to share about your book and yourself?

Yes please! Lifers is a magic door story. When I was a kid, I wanted my sci-fi and fantasy epic and otherworldly; Middle Earth, not planet Earth. I wasn’t up for stories of an ordinary world tipped on its axis by the existence of a magic door to a parallel place. Until I read Alan Garner’s Elidor. Then Stephen Donaldson’s fantasy. Then Terry Brooks’s Landover stories. Soon, I was sold on this idea of throwing one world into sharp relief by juxtaposing it with another. I’m still hooked now. Late period Stephen King does this beautifully; From A Buick 8, or his JFK time-travel novel 11.22.63. I wanted to try it to, and I’d been waiting for an idea to come along so I could go for this particular ride. Then one day driving to work I had the idea of a nightwarden – a nocturnal protector of a secret prison – and Jonathan Shade arrived virtually fully formed in my head, patrolling his secret Manchester locations, nursing his guilty secret. I’d been addicted to an Urbex site called 28 Days Later (http://www.28dayslater.co.uk ), and the two ideas collided. Prisons and urban exploration – what’s not to like? 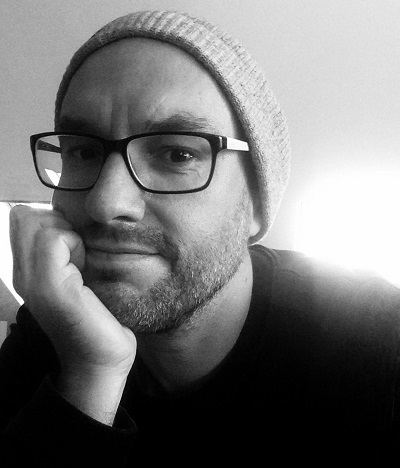 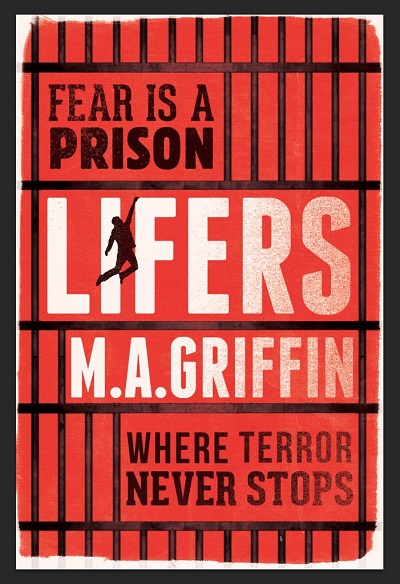