Our Pass Or Pages query contest for July just ended.  The genre this time was YA Horror. 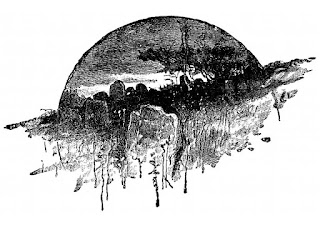 Below are some YA and Adult horror books.

I write MG.  I read MG and cozy mystery.  I am NOT a fan of horror.  Nightmares aren't my thing.  But from the above list, I've read World War Z and Slade House.  I enjoyed World War Z and didn't think it was scary.
Slade House, on the other hand, was REALLY creepy.  I'm not sorry I read it, because the way the author created a pervasive creepy and foreboding tone was awesome and very instructive, but I'm NOT interested in reading it again.  Yikes!
Have you read any of these books?  Did you think they were scary or creepy?  Or is there one not listed here that you want to talk about?  Which abandoned and creepy house photo do you think is the most creepy?  Please leave a comment!