New Boy at the Academy by Sam Hawk 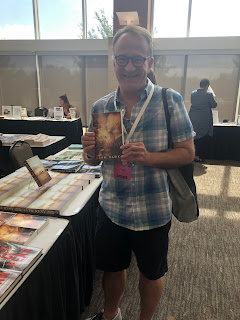 1- Thank you for your service. As an Army Vet, how will you spend Independence day?

I don’t have any specific plans for Independence Day. I don’t have anything super patriotic to do. I’m going to hang out with my friend Justin and maybe drink a good beer or three. But frankly, it’s way too hot in Dallas to stand outside and watch fireworks. Now that I think about it, Justin is really cute so maybe I’ll pull out my medals and try to impress him. 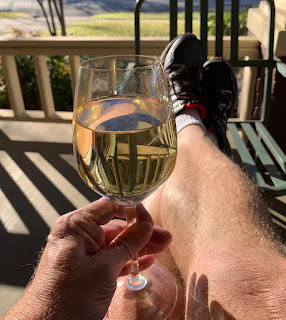 Find a writing group. They will boost you and keep you going. Mine believed in this work even when I didn’t. I would never have finished New Boy without them.

In 1978, my high school English teacher, Phyllis Davis, told me that I was a good writer. It was the first time I’d ever heard that or considered that it might be true. I wish I could say that I went home and started writing embarrassing teenage poetry, but instead I spent the next several decades too paralyzed with self-doubt to put pen to paper. Who was I to think I could be a writer? I was just another liberal arts major who thought he had a book in him. One day, probably ten years ago, I was having a heart-to-heart with my friend Jill who has a knack for getting the truth out of people. I found myself telling her that I had a secret desire to be a writer and she said I should just take a writing class. I thought I could do that. When I got home that day, there was a flyer in the mail from a non-profit writer’s co-op offering beginning writing classes. I thought “Got it, God. Could you be a little more obvious?” It was almost spooky. I signed up for the class and that’s where I found my writing group, Jaime and Patti. I was off.
My first writing assignment was a paragraph in the voice of the opposite gender. I instantly hit on the idea of an inner monologue of a young woman going through the swimsuit competition at the Miss Texas pageant. You see, in addition to being a butch Army vet, I’m also a super-gay pageant queen. I expanded this into a short story called Pageant Girl which was a finalist in the Saints and Sinner’s short story competition in New Orleans in 2015 and they invited me to come to the festival and do a reading. That was a huge thrill and I finally had to admit to myself that I was a writer and I’m actually pretty good.

4- Why did you decide to set your book during the Reagan Era? 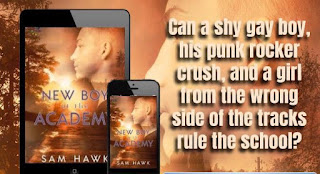 New Boy at the Academy began as an essay about my own high school experiences as a deeply closeted gay boy at a private Christian academy in a town of 3,000 people in South Carolina. Seriously. But I quickly realized that, if I created a fictional alter ego, he could have a much more interesting time in high school than I did. He could have a freaking boyfriend, for one thing. Thus, Timmy was born. It’s appropriately set in the Reagan era, though because it was such a repressive time for LGBT people, and really for anyone who was different from the norm. It was a time of conformity and retrenchment. It was also a time when the AIDS crisis raged and, for the most part, the straight world didn’t care. This is the world that fifteen year old, shy sissy boy Timmy is trying to navigate.

6- Would you share a picture with us of with your Chartreux cat? 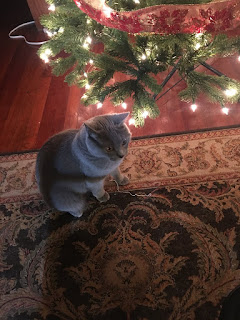 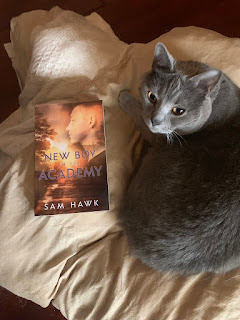 7- What's the biggest defeatable obstacle, in your opinion, that keeps certain people from accepting the LGBTQIA+ community? 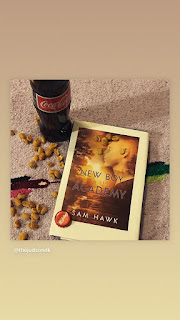 Defeatable obstacle. Any variance from gender norms is very threatening to some people. This is why certain politicians have been pushing those stupid transgender bathroom bills. It’s not because trans people pose any threat to anyone, rather it’s because they’re a tiny, misunderstood minority and it’s easy to stir up fear of them. I also think that these politicians needed to move on from focusing on persecution of gays and lesbians and target trans people because everybody knows a gay or lesbian person these days. In Timmy’s day, hardly any straight people knew that they knew any gays or lesbians. Today, everybody has a neighbor or co-worker, or brother or sister who is gay. Like Harvey Milk said “Every gay person must come out. As difficult as it is, you must tell your immediate family. You must tell your relatives. You must tell your friends if indeed they are your friends. You must tell the people you work with. You must tell the people in the stores you shop in. Once they realize that we are indeed their children, that we are indeed everywhere, every myth, every lie, every innuendo will be destroyed once and all. And once you do, you will feel so much better.” Trans visibility is a natural extension of the fight that began at Stonewall.

I’m so gay that I will buy a book solely for brilliant cover art.

Author name: Mark Childress @markchildress
Title: Crazy in Alabama
Love because: It’s smart, funny, Southern, and about something. He’s also a really great guy who once messaged me to wish me luck with my book.

This one is easy. Patti Downing, my writing group partner. She encouraged me so much during the creation of New Boy at the Academy and is sort of my unpaid, unofficial publicist. She also happens to be a kickass writer who writes the most twisted, incredible, sick-in-a-good-way stuff. A smart agent is going to scoop her up any minute.

To quote the great Dolly Parton, “Laughter through the tears is my favorite emotion.”

I love to follow Christopher Rice. Christopher.Rice.Writer. He really understands the importance of social media for a writer. I want to be him when I grow up.

I love the thought of a teen boy or girl in East Jesus, South Carolina or Oklahoma reading New Boy under the covers with a flashlight, and realizing that it will be all right one day. Things have improved dramatically for queer kids since Timmy’s day, but there are many places where the oppression is real.

Timmy’s shy naiveté. Read the book to see how he emerges. 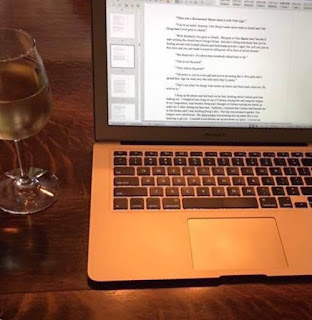 Timmy is pretty much a six on the Kinsey scale. Doug is confidently gay. Carleen may not be as much of a Kinsey one as she thinks she is. Mr. Maurice is super gay.
I score a 6, according to the Buzz Feed quiz. Sounds about right.

My favorite is not a blog but a podcast. I’m breaking the rules. Sue me. It’s called Writers in Progress. It’s from England and you should listen. Learn more at @gemjackson2. Oh yeah, he interviewed me. We love him.

Book reviews help readers decide to buy a book and they help writers sell books. But don’t be mean. Every book is an author’s heart and soul. Keep that in mind. 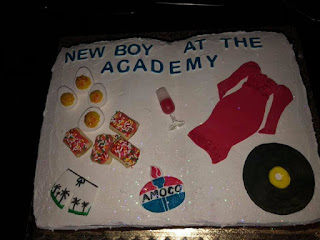 How funny New Boy at the Academy is. When I first started writing, I thought I’d write weighty, important Southern literature, dripping with Spanish moss, heaving bosoms and repressed homosexuals. In other words, Faulkner reborn. Instead, I wrote a funny short story about the Miss Texas pageant and I still love it. I live to make people laugh, especially in dark places. 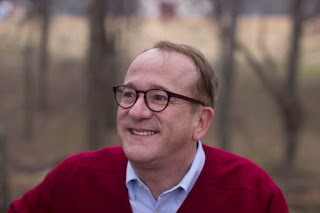 Sam Hawk’s fiction is inspired by his experiences at a private Christian Academy in rural South Carolina in the ’70s. He survived his Southern adolescence with his sanity relatively intact and went on to earn degrees from the College of Charleston and the University of South Carolina Law School. He also served in the U.S. Army as a JAG officer for twelve years. He resigned his commission when it became clear he was expected to persecute homosexuals as part of his job. Sam then moved to Dallas, Texas where he met the man of his dreams and found his LGBT family. Sam and his husband Wes were together for 19 years and married for 12. They lived with a Corgi and a Chartreux cat in the requisite charming old house in a historic district where gay couples are legally compelled to live.

Wes lost his fight with Huntington’s Disease in May 2019. 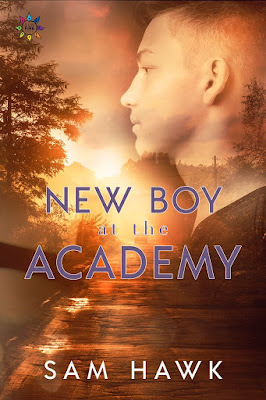 New Boy at the Academy by Sam Hawk
Posted by J Lenni Dorner at 12:00 AM

New comments are not allowed.