What Makes An Author Stand Out?

Thanks to everyone who has entered our 100 followers contest so far! There's still time to enter, so don't miss out!

I’m not certain how many of you watch America’s Got Talent. I've been watching this season and enjoying it quite a bit. Tonight the final four contestants will attempt to win the prize of one-million dollars. Thousands of people competed for this prize of fame and fortune, much like a writer does when he is querying his/her manuscript or submitting pages into a slush pile. So what makes these 4 contestants, 3 of them singers, better than all the others that tried out as well?

Let’s take the first act, the non-singing one, called Fighting Gravity. Throughout the whole season, the judges kept telling them how original they were. They do a black light act that is pretty fun. And though they are only college frat boys, they found a niche and ran with it.

The third contestant is an opera singer named Jackie Evancho. I’ve heard my fair share of opera singers in my classes at college. (I was a music education major back then.) She is great, but, once again, there are a ton of great singers out in the world. So what makes her special? She’s only ten. Her age makes her unique. It reminds me a little of the YA fantasy novel called Eragon written by Christopher Paolini. I was drawn to that book originally because it was written by a 16 year old kid.

The last contestant is my favorite. His name is John Quayle. He too is an opera singer, but his alter ego, Prince Poppycock, is quite the entertainer. He turns his performances into…well, quite a spectacle, in a good way. He is defiantly an original in every possible way. 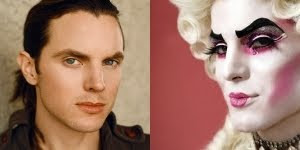 Let’s face it. There are thousands and thousands of writers out there, and they are all trying to break into the business. There really is only so many publishers and so many book spots that can be filled. We can use these performers as a learning tool. Singing and stage are a form of art and entertainment, just like writing. How they became successful can tell us a lot on how we can succeed at writing.

A ton of people write, lots write well. To be successful, one can't just be a great writer, they need to do it in a way that shines out in the dark mass of writers fighting to be seen. If you are an excellent writer with a generic concept, your book will probably not sell. If you are a good writer with a new and fresh idea or an exciting voice, you have a better shot at catching someone's eye. Concept and Voice are THAT important, especially with so many talented writers amongst us.

Oh, one more thing. An awesome idea falls flat with bad writing. Along with that great concept or voice, always strive to improve your craft.

So what makes an author stand out to you?

Posted by Kristal Shaff at 9:00 AM