Note from Kelly: This wasn't my best writing week of all time. My good friend Norma Johnson-MacGregor offered me some words of solace, and I asked her to put them into a guest blog for Operation Awesome. 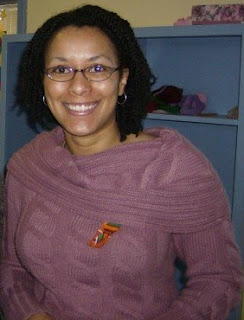 Sliding Down the Longest Chute

This time last year I was flying high. I’d worked hard and landed a reputable agent, my manuscript was on submission to editors and I -- naively I can now see -- thought it would only be a matter of time before I received the elusive and coveted prize many writers aspire to obtain, the book deal.

To say the least, I was on cloud nine.

Then, a few months ago, I received a double whammy. That manuscript was unable to find a home at the several houses the agent had submitted it to and my next manuscript failed to spark the agent’s fancy. I was released from our contract.

In retrospect, I can see that this was for the best. However, at the time I felt as though a gaping hole had just opened beneath my feet, causing me to tumble into an abyss. I was shocked that I hadn’t been given the opportunity to present another manuscript and further surprised at how quickly our relationship had begun and ended. Since then I’ve had my eyes opened -- painfully so -- to just how fragile agent/writer relationships are and how subjective and uncertain the publishing business is in general.

I have collected the pieces and moved on with a new work in progress. I’ve received countless advice and support from fellow writers. I’ve realized that in publishing, as in many things in life, the most we can do is accept the situation for what it is and move on, move forward, continue looking at the horizon and striving to make our wishes come true, no matter how unlikely it seems.

And yet, something haunts me that I’ve never quite been able to shake -- how much the process of trying to become a published author has damaged my writing self-esteem. I find myself constantly plagued with a case of the ‘why bothers’. Why should I bother trying to get my work ‘out there’? It’s hard. As hell. And those tumbles to the ground hurt, gosh darn it! And now that I’ve had an agent, I can’t help but feel like tarnished goods, like ‘who’s going to want me now?’

Sometimes, even though you know this is the standard ‘trial by fire’ rite of passage that many writers go through, it feels like you’re an island alone, and no one could understand the lows you’re experiencing right now.

The most valuable thing I have learned, is that all you can do is continue on even though it can be heart-breakingly difficult and you, too, may become plagued with a case of the 'why bothers'.

I read Chasing Brooklyn by Lisa Schroeder -- I really like her stuff. Anyway there’s a part where the main character, Brooklyn, and her brothers are playing Chutes and Ladders that really stuck out for me:

…When I land on the square and slide down the longest chute of the game,
Matthew says, "I hate that one. Sorry, Brooklyn."

Everyone hates that one. It's the square nobody wants to land on.
But it's there. And when you land on it, you slide down,
practically to the beginning, and all you can do is keep going,
wishing and hoping for a ladder to push you back up

As I think of that I realize losing Lucca was my chute.

After that, I gave up, so sure a ladder would never show up.

When it's my turn, I roll the dice.

I'm not giving up.

Now, the topic of this book is far more serious than losing an agent. The main character’s boyfriend dies. That’s her chute. Still, when I read this, I thought that losing my ex agent was my chute. After that the ‘why bothers’ and I became good friends.

I don't know about the not giving up part yet...when I feel brave enough to start querying again, if that project gets shot down I may throw in the towel…for a little while. I don’t consider myself to be a wimp but I am human!

But what happened to me (and probably some of you reading this), losing an agent, suffering through doubts and failed submissions, that's definitely the 'square no one wants to land on'. The ominous one that takes you back to square one, leaving you with no other option but to wish and hope for better things to come.

If you have had a bad experience, just know that you’re not alone in your doubts and fears, and you’re not the first writer to have had the rug pulled out from under you. If you want your dream to come true, keep trying. That’s the only thing you can do.

A friend said this to me once when I was trying to decide whether or not to go back to University (which, thanks to his support, I did and ended up graduating with a Master’s Degree):

Don’t look at the ground because you’ll never see your full potential.

Don’t look at the stars because you can never touch a star and you’ll only become discouraged.

Look to the horizon, and go…

-- Norma Johnson-MacGregor
Posted by Kell Andrews at 10:18 AM