Which led me straight to THIS: 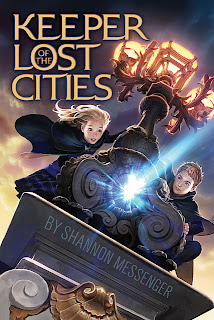 Written by the fabulous author, Shannon Messenger!
The goodreads blurb:

Twelve-year-old Sophie has always been different -- she's years ahead of the other kids in school and can read minds. She's always assumed there's some kind of logical explanation for her talents, but when she meets an adorable and mysterious boy, she finds out the shocking truth. She's never felt at home because she, well, ... isn't.

There are secrets buried deep in her memory, secrets about her true identity and why she was hidden among humans, that others desperately want and would even kill for. And she must figure out why she is the key to her brand-new world, before the wrong person finds the answer first.

Sounds epic, right? Hence the title of this post. This exciting new book comes out October 2, 2012. That's this year! (for those of you who, like me, still write 2011 on their checks)

I love it when super nice, hard-working people get their due, and Shannon is both super nice AND hard-working. If you haven't checked out her super-helpful writing blog, I highly recommend it, especially the Shannon Style series.

Now that I'm done fangirling, I want to know what books of 2012 excite you the most!