Sing your own song

It's a brand spanking new year!! 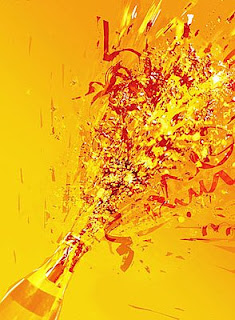 I LOVED reading Lindsay's post, The Year to Believe! I've been thinking about this a lot lately. Not just about believing in the process of writing, querying, and finally making it, but also believing in your own voice as a writer.

I've written about this before. It's something I struggle with that, despite my six manuscripts, continues to make me feel like a beginning writer. I obsess over 'getting my voice right' rather than going with my gut. A few members of my family have read my rougher drafts and then later drafts and been disappointed. "Why did you take this out? Why did you add in all these mucky details?" They liked the way it came out at first, raw and flowing. My little sister tells me repeatedly, "Write for yourself."

Some of the fun goes out of writing when we try to bend too much to the world. I think of the rule-breakers that have made a mark on the literary world: C.S. Lewis' Chronicles of Narnia sure aren't written the way you'd expect middle grade to be written. Nor is Where the Red Fern Grows, which starts out with an old man reminiscing on his childhood. Sure, the rules were different in other decades, but how different really?

Today, the rule-breakers are trend-setters, especially in YA. Twilight didn't follow any rules of plot that I'm familiar with, and yet it reached me on an emotional level from the beginning. I wouldn't call The Hunger Games a rule-follower, either. It set the bar for dystopian societies very high by being its own kind of book.

Agents say, "Write the best story you can."

That is the only rule.

Sometimes when they say that, I hear: "Write a better story than you possibly can," and I get a little depressed. Past rejection has a way of lingering way past its expiration date like little silver ghosts that float around my head and remind me, "not right for my list," "too similar to something else," "no place for this in the market."

It's so hard some days to write with those horrible little poltergeists swarming me from all sides. I wish I had a Patronus spell to cast them back a mile or two, just so I can... 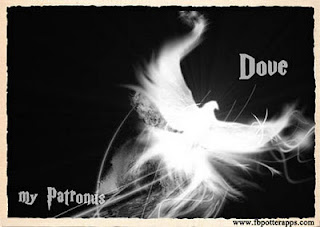 The Year to Believe requires that we put our past failures in the past and not allow them to muck up the future we have planned for ourselves and our characters.

Believe in your voice.

Email ThisBlogThis!Share to TwitterShare to FacebookShare to Pinterest
Labels: Believe, Katrina, voice, writing for yourself

I love that. Great motto :)

Great post, Katrina - something we all need to remember as we make our way through this process!

This is so similar to my new motto for the year too.
Live the Abundant life. Focus on the ABCs:
Attitude
Belief (in self and good principles),and
Courage.

In the words of Dory, which has become my motto: "Keep swimming, keep swimming." You'll get there, we all will. :-)

It's so true. If we start writing for anyone other than ourselves, we lose so much. It's our voices and our stories. Why should we create them to fit into anyone else's box?

Hello! I love, love, love this post and needed to read it today. This is definitely going to be my year to believe. New follower...glad I found you.

I always say that the only rule out there is to write the best you can and to make all the other so-called rules out there bend to my will. I'm not here to write the second Harry Potter or whatever else. I'm here to write my own story. If other people enjoy it enough to sell hundreds of copies, good. If they don't, at least I loved the experience.

The only other rule I have for myself is that I want every subsequent version of my story to be better than the one before it. But better by my standards.

It puts a bit more pressure on me, but the sort that I can work with, since I know what my expectations are.