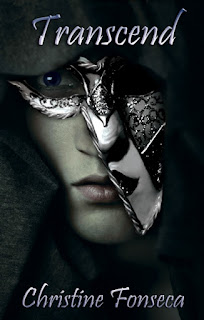 All seventeen-year-old composer Ien Montgomery desires is an escape from his family's rigid expectations for his life; someone to inspire his music. When he meets a beautiful violin-prodigy, Kiera McDougal, his life music takes on new life. With her, he imagines a future outside of his parents' control. That is, until a horrible accident tears them apart.

Sent to die in a sanatorium, Ien's obsession for Kiera grows unbearable. Tortured by thoughts he can't escape and the truth of his monstrous disfigurement, he flees, desperate to exact revenge on the people that ruined his life - his parents.

But, vengeance is empty. Betrayed by those closest to him, Ien discovers that the price for his happiness may be his sanity. Set amidst the landscape of New York's Gilded Age, and inspired by Phantom of the Opera, TRANSCEND exposes the fine line between love and madness.

I love stories that explore what makes the bad guy so bad. People’s lives and choices are rarely black and white and the best villains have a story behind their evil that makes you almost understand why they do what they do. Transcend delves into what could have happened to make someone like the Phantom of the Opera into the person he was. And it is awesome!

One of the most unique aspects of the story is that the reader is not an outside participant watching the main character descend into madness. Christine draws readers in until they become part of the story, so deep inside Ien’s mind that we experience his descent right along with him. Which means that you often don’t know if what he is experiencing is real or not because he doesn’t know himself. It makes for some very cool twists and turns :)

This story is dark and beautiful and so different from anything else I’ve read. If you are a fan of Phantom of the Opera, this is a must-read. And if you aren’t, well, after reading Transcend, you just might be :) 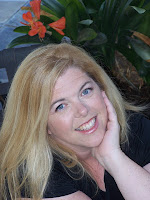 Critically acclaimed nonfiction and YA author Christine Fonseca is dedicated to helping children of all ages find their voice in the world. Drawing on her expertise as an educational psychologist, her nonfiction titles address issues of emotional intensity, resiliency and giftedness. Her titles include Emotional Intensity in Gifted Students, 101 Success Secrets for Gifted Kid, and The Girl Guide, releasing April 2013.

In fiction, she explores the darker aspects of humanity and delivers gothic thrillers that take you on a rollercoaster ride of emotions not to be missed. Recent titles include Dies Irae and Lacrimosa, from the Requiem Series, and the recently released thriller, Transcend. For more information about Christine Fonseca or her books, visit her website - http://christinefonseca.com or her blog http://christinefonseca.blogspot.com.

You can find Transcend at Amazon and B&N or at your favorite book retailer.
Posted by Michelle McLean at 7:31 AM