Disney's Princess Sofia + Stereotypes = What Do You Think?

So. You may or may not have heard the latest over at Camp Disney--they've unveiled their newest princess. Her name's Princess Sofia, and she's the star of her very own movie, Sofia The First: Once Upon A Princess. According to the movie's producers, Sofia is of Hispanic heritage on her mother's side. 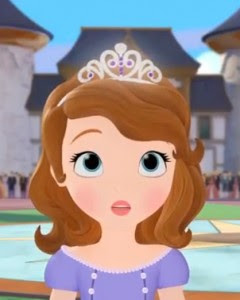 And she's voiced by actress Ariel Winter, who stars in one of my absolute fave TV shows, Modern Family: 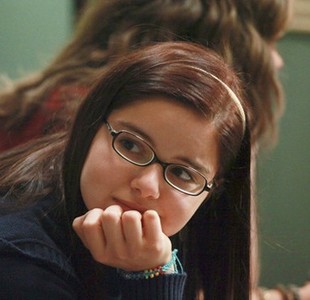 As you can see, these ladies are both Caucasian. Princess Sofia, in particular, has blue eyes. Now here's the thing: I'm Puerto Rican. I've lived in Puerto Rico my whole life, and yes, there are white, blue-eyed Puerto Ricans (if this shocks you, then holy smoke bombs, you need to get out more). Seeing white, blue-eyed peeps from other Latin-American countries doesn't surprise me at all, either. That being said, there's been some serious backlash over Princess Sofia's appearance. Her critics believe she doesn't look Hispanic. To add fuel to the fire, the movie won't address her Hispanic heritage as A Thing That Matters, but as A Thing That Is Simply Part Of Who She Is And Won't Be Dwelt On.

Now I leave the floor open to you: whether it's in Disney movies/books/TV shows, do you prefer the main character's heritage to be on the forefront of their story, or are you okay with it not dwelling on their heritage too much? Can you provide examples to better illustrate your preference and why it works for you? Thanks in advance!

Also, don't forget: you can still submit your questions for our New Year's Revisions Conference Agent Q&A!!! AND instead of just one question per person, you can submit as many you want! Just make sure you get them in before October 31st!!