Today I wanted to take a moment and reveal my cover for my epic YA fantasy novel, THE EMISSARY. It's coming out this December from Month9Books.

I hope you all love it as much as I do. 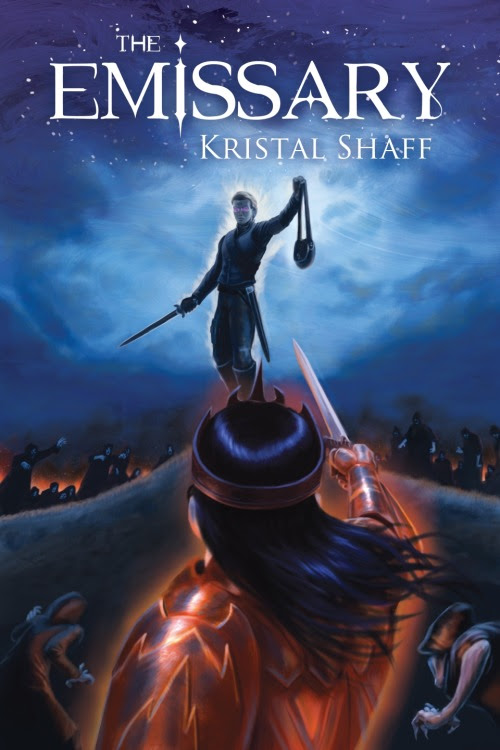 THE EMISSARY, by Kristal Shaff (Coming December 2013 from Month9Books)

Six rare and fading powers govern the land of Adamah. Possessing one demands entrance to the king’s army. To refuse means a traitorous death.
In a land where a few privileged youth come into one of the six extraordinary and often-feared abilities called Shays, Nolan Trividar hides his own flawless accuracy, the Shay of Precision, behind the guise of a scribe. He teams up with a deserter from the king’s army and a hot-headed young fighter in order to resist an ageless king who has deceived the people for centuries. To save their land, they must defeat the king and his elite Shay-empowered army before an enveloping cloud of darkness chokes out the Shays which define them.