Today we have exciting news! Our very own Wesley Chu has his cover for his SF book.  Introducing 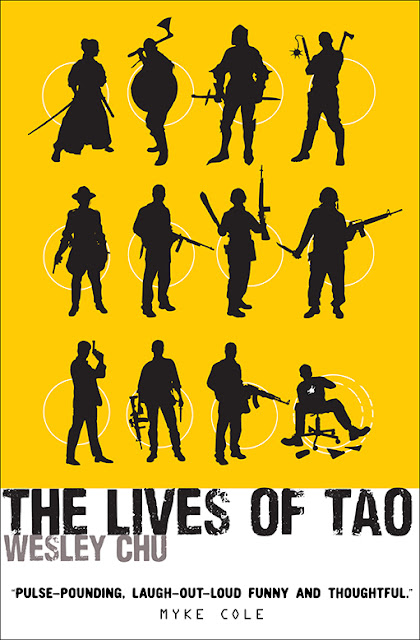 When out-of-shape IT technician Roen woke up and started hearing voices in his head, he naturally assumed he was losing it.

He now has a passenger in his brain – an ancient alien life-form called Tao, whose race crash-landed on Earth before the first fish crawled out of the oceans. Now split into two opposing factions – the peace-loving, but under-represented Prophus, and the savage, powerful Genjix – the aliens have been in a state of civil war for centuries. Both sides are searching for a way off-planet, and the Genjix will sacrifice the entire human race, if that’s what it takes.

Meanwhile, Roen is having to train to be the ultimate secret agent. Like that’s going to end up well…

Here is the link on good reads: HERE

It comes out in just a few short months (April 30th) so add it to your list.

Or go ahead and PREORDER it now!

Wesley Chu was born in Taiwan and immigrated to Chicago, Illinois when he was just a pup. It was there he became a Kung Fu master and gymnast.


Wesley is an avid gamer and a contributing writer for the magazine Famous Monsters of Filmland. A former stunt man and a member of the Screen Actors Guild, he can also be seen in film and television playing roles such as “Banzai Chef” in Fred Claus and putting out Oscar worthy performances as a bank teller in Chicago Blackhawks commercials.

Besides working as an Associate Vice President at a bank, he spends his time writing and hanging out with his wife Paula Kim and their Airedale Terrier, Eva.
Posted by Kristal Shaff at 8:28 AM