Thanks to all who entered and gave feedback! Our August Mystery Agent is... 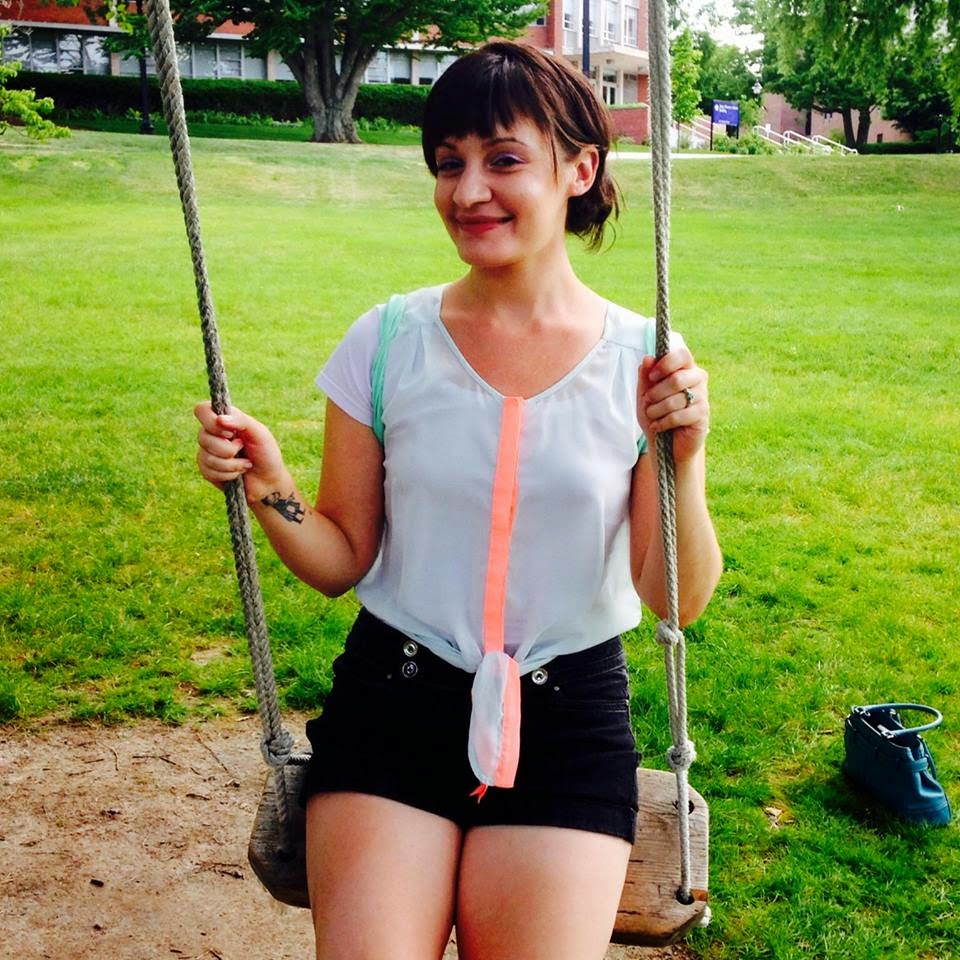 Rebecca was intrigued by a lot of the entries, and said picking winners was hard. But in the end, she chose (drumroll, please)...


1. WHAT LIES BETWEEN by Kimberly Miller VanderHorst.
Rebecca said: This pitch does a great job summarizing what seems like a complicated and psychedelic plot, and I’m definitely intrigued.

2.  IF I PROMISE YOU THE SUN by Heather Lynne Davis.
Rebecca said: This pitch has a sibling relationship, a fascinatingly strange cult and emotional high stakes, all established beautifully in 50 words. It sounds fantastic!

3. THE LEDGE by Shari Schwarz.
Rebecca said: I’m a big fan of sibling relationships in MG and YA, and the idea of the brothers’ separate journeys – one realistic and one supernatural – revealing “the root of their strained relationship” really interests me.

We will be contacting the winners shortly with submission information. Congratulations!!

Want to get to know our Mystery Agent better? We've asked her a couple questions!

You have an MFA from Emerson college. Many writers struggle with the question of "to MFA or not MFA". What was your experience?

My experience was a great one. While I’m by no means an expert on the subject, I do think it’s helpful to go into a program with definite goals. I considered an MFA right out of undergrad, but at the time I would’ve been pursuing it not as part of a plan, but because I didn’t have another plan, if that makes sense.
When I did go a few years later, I had two objectives: to take advantage of connections and opportunities as an MFA student to work towards a career in publishing, and to find a writing community in Boston that would last long after grad school. Emerson is a wonderful program, and the teachers and workshops were fantastic, but achieving my goals largely depended on what I did outside of classes. I went after internships while working full-time and going to school in the evenings, and one of those internships was at Rees, which led to a job after I graduated. And I found amazing friends (they also happen to be amazing writers) whom I love sharing stories and novel excerpts with and sharing a bottle of wine with, and plan to do so for years to come.

Some writers get confused between genres and sub-genres in both Middle Grade and Young Adult novels. What are some of the current main categories, and do you think they tend to change frequently?

I think this is a pretty fluid (and often confusing) conversation in YA and MG, because while we have to label novels, one of the best things about Children’s lit is the freedom to play with, overlap and mix and match genres in order to tell your story.

For instance, one example of a genre would be fantasy. Under that you’ve got historical fantasy, urban fantasy, and epic or high fantasy, to name a few subgenres. And under the seemingly unrelated genre of mystery, you’ve got cozies, noir, etc. But you can also have an overlap between the two like supernatural mystery, such as  … well, this is going back, but the Bailey School Kids series (Vampires Don’t Wear Polka Dots, Werewolves Don’t Go to Summer Camp.)

There are always “hot” genres, and they certainly do change. A few years ago, paranormal romance was the thing (which is itself a mix of fantasy and romance, two big genres.) Then dystopian (kind of a sub-genre of sci-fi that ballooned.) Now, emotionally-driven contemporary is hot. I try not to place much weight on what’s easiest to sell; if I take on a YA mystery I’m only 65% convinced of, and if I’ve missed the mystery bubble slightly, editors may well have moved on to cyber thrillers. Then I’ve got a book on my hands that I don’t really believe in. So, while at any moment there are harder genres that require just the right editor, or maybe the right indie publisher, go ahead and slap anyone who tells you your MG sci-fi of Anna Karenina set on Jupiter will never be published, just because sci-fi isn’t selling right now.

What are some things you consider when taking on a potential client?

I mean, story is the biggest thing that draws me in. If you’ve got a great novel, no matter if it’s highly saleable contemporary, or a wonderfully weird steampunk postmodern Frankenstein historical fantasy, I’m all in.

Some agents want a 99% perfect draft before they’ll take on a client, and that’s totally legitimate. If a book comes to me that needs a bit of work, I’ll consider the tools the writer is working with. Plot can always be tinkered with, but if an author has a strong handle on language and great intuition when it comes to their characters, I trust them to kill it with editorial notes.

What are some recent books you've sold?

If you were stuck on a desert island with five books of your choice, what would they be?

This is a tough question! Since we’re talking YA and MG today, I’ll keep it to those categories.
1) Any MG by Katherine Paterson, especially Bridge to Terebithia.
2) I’d want some Lois Lowry, so The Giver. (This is cheating, but Number the Stars is such a close runner up.)
3) When I was a teenager I was obsessed with John Marsden’s Tomorrow books, an Australian YA series that’s basically Red Dawn in the Outback, but you know, with incredibly thoughtful and complicated portraits of its teenage characters. Any of them are must-reads, but it starts with Tomorrow, When the War Began.
4) The Lovely Bones by Alice Sebold, for many, many reasons.
5) Because I love it (and because I’m shamelessly passionate that everyone should read this) I’d bring my author Rin Chupeco’s The Girl from the Well, an incredibly cool/scary/beautiful YA horror coming out this week  :)

To learn more about Ms. Podos and her list, check out the agent submissions page on the Rees Literary Agency website. And stay tuned for more Mystery Agent news very soon!
Posted by Karen McCoy at 10:00 AM