THE GATEWAY THROUGH WHICH THEY CAME by Heather Marie

Last month, on my other blog, I featured the lovely Heather Marie and her new book, THE GATEWAY THROUGH WHICH THEY CAME, which debuts today! I also know that our own Angelica R. Jackson will be on an upcoming the Writer's Bloc panel with her on January 3, from 1-3pm.

Here's a bit more about THE GATEWAY THROUGH WHICH THEY CAME: 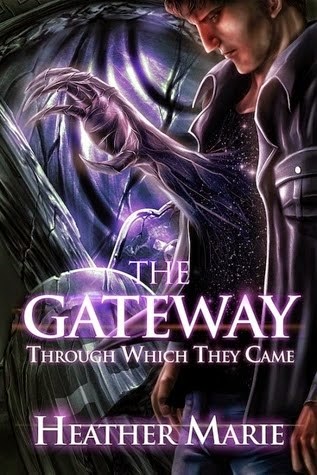 To seventeen-year-old Aiden Ortiz, letting the dead walk through his body to reach the other side comes with the territory. Being a Gateway isn’t an easy job, but someone’s gotta send Bleeders where they belong. Heaven. Salvation. Call it whatever you want. Dead is dead. But when his search for Koren Banks––the girl who went mysteriously missing seven months ago––leaves him with more questions than answers, he finds himself involved in something far more sinister and beyond his control.

With the threat of the Dark Priest's resurrection, and his plan to summon his demon brothers from hell, Aiden is left to discover his identity before the Dark Priest's curse infecting his blood consumes him, and before the world as he knows it succumbs to the darkness of hell on earth.

And here's the trailer (with some cool behind-the-scenes stuff too):


And here's where you can buy it!

Heather Marie lives in Northern California with her husband, and spends the majority of her time at home reading. Before she followed her dreams of becoming a writer, Heather worked as a hairstylist and makeup artist for several years. Although she enjoyed the artistic aspect of it all, nothing quite quenched her creative side like the telling of a good story. When the day had come for her to make a choice, she left behind her promising career to start another, and never looked back.

Email ThisBlogThis!Share to TwitterShare to FacebookShare to Pinterest
Labels: "Darkness in YA", Karen McCoy, Speculative Fiction, YA, YALit, young adult