Are you SURE you’re ready to publish? 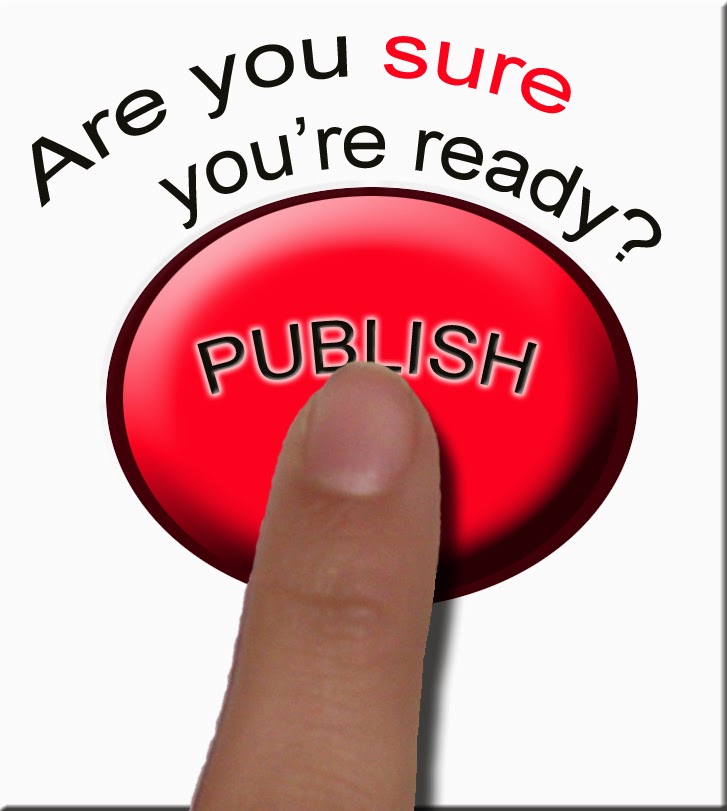 Anyone can publish anything these days—it really has become that simple. And I’m sad to say that lately, I’ve quit more books than I’ve finished.

If you want to compete seriously with the traditional market, you MUST find an editor. Not your mom, your sibling, or your best friend who doesn’t want to hurt your feelings. And not just a proofreader.

We all thrive on cheerleaders, but what most people really need is someone who is impartial about the project and has a serious eye for writing skills. The quality of your work and ongoing reputation depends on it, and publishing your first, second, or third draft of a manuscript without an editor is a huge mistake.

“Just ignore those earlier reviews. An edited version has been uploaded and it’s much better now!”

Too little, too late. You can never remake that first impression with your readers. (Unless you delete the book and give it a new isbn/asin.. which you might consider if you already regret hitting the ‘publish’ button.) :-)

A good editor will point out the candy bar scenes that won’t be missed if you took them out. In some cases, a 4k chapter of showing is NOT better than a single sentence of telling. Yes, I know we’re told to “show don’t tell,” but let’s get real, especially if your book is bordering on being too long already. I (the reader) don’t need to see your character’s daily routine at the beginning of every day to believe he/she has morning issues. Really! A solid example is all it takes, and it wouldn’t take more than a few words now and then to remind me how dreadful the mornings are.

A good editor will tell you if your story/scene/chapter is not moving forward. I know you love hanging out with your characters, but I don’t want to spend my free time reading about people chit-chatting around a basket of unfolded laundry. It just reminds me that I should probably stop neglecting my own. So if your characters are bored and unfocused, it’s highly likely your reader will pick up on that feeling and go find something to do (something more productive than reading). This isn’t to say your characters aren’t lovable when they do their household chores, it’s just that keeping your reader engaged might require more cleverness than you thought.

A good editor will point out the words/phrases/ideas that you tend to overused. There’s nothing more annoying than seeing three unrelated growls in one paragraph, and two in the next. We all have our crutch words, but a good editor will point them out and suggest coming up with something a little more creative.

A good editor can feel emotion and cadence in your words. Do you wonder why an action scene falls flat, even though there’s blood and guts and explosions everywhere? Emotion (too much/too little) and cadence (fast/slow) (pace). Sometimes your best friend can’t put a finger on WHY something feels off, where as an editor can offer many reasons and suggestions.

A good editor will make you see your writing from someone else’s perspective (fresh eyes). If the editor isn’t picking up on what you were trying to accomplish, then maybe you need to do it differently, or give up on the theory if (after careful consideration) you decide the idea isn’t worth defending.

A good editor will know about tense, point of view, and basic grammar. There are times to break these rules, and an editor will help you break them with purpose, or they will stand their ground and tell you it comes across as sloppy and unprofessional.

A good editor will find major and minor plot holes and perhaps help you fill them in. “If I was in a haunted house, I’d just leave. Why are they staying?” “If I walked into a restroom and found a dead body, I’d be calling the police. Why is this person suddenly on the run?” “If I was kidnapped, I’d be trying to free myself. What’s keeping this kid from yelling and screaming when there are people everywhere who could potentially save him?” These are good questions! Anything that pulls your reader out of the story to question the believability/reality is a serious risk. You can’t expect your readers to stick around for five more chapters to figure out the answer. (Obviously there’s an aspect of mystery to consider, but be certain your reader is asking the correct questions if you’re laying a trail of clues.)

You always have a choice to accept or not accept an editor’s opinion. In doing so, you either learn to defend the choices you’ve made in your novel and writing style, or you grow as a writer, seeing the weaknesses you didn’t notice before (such as a lack of character depth/growth, emotion, or forward momentum).

No matter how epic your story and characters are, leaving errors for your reader to find is an irritating turnoff and a sure way to get poor reviews. The LAST thing I want to do when I’m taking the time to read for my own personal enjoyment... is edit.

As a reader, what kills a story for you?