For this week's WEDNESDAY DEBUT INTERVIEW, we get to hear about Amy Bearce's brand new book, a middle grade fantasy called Fairy Keeper, which was released March 5 from Curiosity Quills Press. 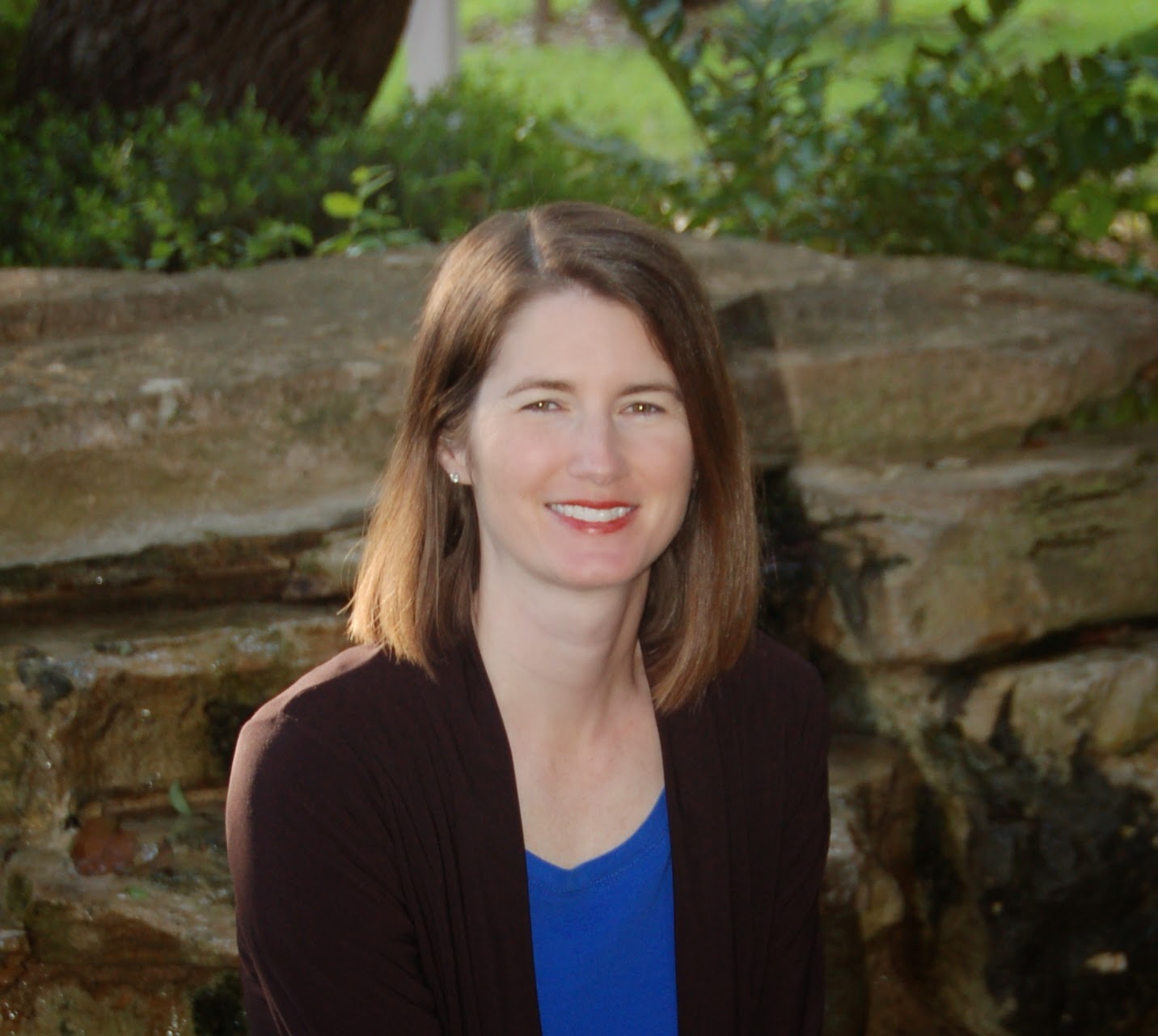 First off, tell us about yourself? What do you like to do when you're not writing?
I’m a wife and a mom of two girls, ages 9 and almost 11, and they keep me pretty busy. We’re living in Germany right now, so we get to travel a lot across Europe. I spend a lot of time on Facebook, keeping in touch with family and friends in Texas. My favorite hobby is reading. Even when we’re traveling through a place as awesome as Italy, I make sure I have a book with me. I have a Masters of Library Science and volunteer at my daughters’ school library with a fabulous librarian who has completely welcomed me here.


Tell us about FAIRY KEEPER. What was your favorite thing about the story?
FAIRY KEEPER is about a tough girl who was born to take care of fairies, but hates doing it. I found myself wondering, what if fairies weren’t like the cute ones that were in all those children’s shows I watched with my girls when they were little? What if they were more like angry, swarming bees, and we were using their magic for our own gain? What would happen?

What would happen if they all suddenly…disappeared?

My favorite thing about the story, actually, is the relationship between the two main female characters on this quest, Sierra and Nell. They start off as enemies, but during their journey, they eventually develop a tentative friendship. There’s a line that says, “Understanding Nell made hating her much harder.” And I think that is true for everyone.

How long has this process taken for you, from the time that you began the first draft of this book until the date of its publication?

I started writing FAIRY KEEPER in 2011. I got distracted about halfway through when I had an idea for a different middle grade story and wrote that one, instead. I probably spent a year focused on the other manuscript. Then I went back and finished FAIRY KEEPER in 2013. It was submitted to Curiosity Quills in the beginning of 2014. March 5th, 2015 is its publication date, so it’s been a few years since I first started this manuscript!


What do you love most about writing? What do you struggle with most?
I love the freedom to make up worlds and events. I love getting to fall into this story and see what happens. The hardest part is that sometimes it’s hard to balance that world with the real one. Making time to write everyday is challenging for me, because when the writing is going well, I don’t want to deal with reality at all. And when the writing is NOT going so well, it’s tough to make yourself sit there and write anyway. But that’s the only way any story of mine is ever finished. There’s always that first love of the new story, all the shiny possibilities, but then by the time I’m halfway through, it gets hard and I have to use a lot of self-discipline through the last third of the book to finish it.


Every writer experiences some rejection and setbacks along the way. How did you learn to cope with them and move on?
I found a lot of encouragement from fellow writers and my critique partner in particular. I also actually sought out stories of beloved authors and books that were rejected many times before finding their home. I’d cling to those stories. I created a 10X10 chart with 100 boxes and decided my goal would be to fill up that chart with 100 rejections, much like Stephen King talks about his giant stake on the wall that held all his rejections. I forgot about keeping up with it after a while, but it did take the sting out of the earliest rejections. It helps so much to remember that everyone experiences rejection. Every No, thanks can be one step closer to finding success, if you learn from it.


How did you find your publisher? What makes them a good fit for you and your book?
Curiosity Quills and I actually met up through a Twitter contest organized by Brenda Drake. But it’s a little unusual, in that I hadn’t actually entered the contest in which my tweet was found. The year before, I had entered #PitMad with that other manuscript I had written, which was a middle grade supervillain story. When Lisa Gus went looking for #MG on #PitMad, though, my entry from the year before still popped up because people were using the same hashtags. She asked to see a query if it was still available, which it was. Turns out, she loved it, but unfortunately, had another title on their list that was too similar, so she couldn’t make an offer on that one. But she asked if I had anything else to show her, since she liked my writing. I had finally finished FAIRY KEEPER, so I sent that. She offered a contract and I was thrilled to sign on with them. You just never know what types of connections will happen once you put your work out there. It’s amazing!


Speaking of which, after signing a contract with a publisher, what comes next for a debut author? What have you been doing in these months between then and now?
We actually moved to Germany within a few months of my signing the contract, so it’s been a wild, wild year. The months after the contract were spent working on edits, setting up a better website, and increasing my social media presence. I also started the companion novel to this story. Then we moved and everything came screeching to a halt for a while. Once our internet was hooked up, it was time to get back to editing FAIRY KEEPER. An international move is exhausting (any move is exhausting), and I didn’t write any new material for months after we moved.

As far as edits went, we chose to make some major changes to my manuscript, more than I had expected, but I think they were all important and necessary changes. I’m glad we did them. The story was originally YA, written in first person present. After discussion with my editor and others in-house, we opted to make this story upper-middle grade by tweaking it just a bit, and switched to third person, past tense. That meant my first round of revisions involved changing several words in every single sentence. I hope I don’t have to ever do that again, but I’m glad I did it this time. It’s a better book because of it.


You have a lovely book cover! How much say did you have in it? What do you hope it will tell readers about your story?
Thank you so much! I love my cover and I feel so fortunate! Curiosity Quills matched me with an amazing artist, Amalia Chitulescu. She asked me a number of questions throughout her work, and was very open to my original idea. I wanted the focus to be on the fairy keeper mark on the back of Sierra’s neck, and I wanted a magical, mystical cover with the fairies all around Sierra, who would need to be facing away somewhat to show off the mark. So in this case, my cover is not only what I hoped for, she created something better than I could have dreamed!


Was FAIRY KEEPER the first title you had in mind? If not, how did its change come about?
FAIRY KEEPER was not the original title, actually. For a long time, I didn’t even have a working title. I just called it, “the fairy fantasy,” which definitely lacks a little something. Then it became FAIRY FORTUNE. That title just didn’t resonate with me. Then after I finished drafting the book, I brainstormed a list of various title possibilities, and FAIRY KEEPER came up. My critique partner and I both liked it best, so I used it. My publisher liked it, too, so it stayed.


What's next for you after this debut? What are you working on now?
I’m currently finishing up a companion book that focuses on Sierra’s little sister, Phoebe, and her relationship with the merfolk. Their tie is hinted at in FAIRY KEEPER, and this next story takes place four years later. Because the focus is on the merfolk, much of the book takes place under the sea. The setting has been both challenging and really fun to write. I also have a YA urban fantasy that I just pulled off the backburner and started working on again.


How does it feel to have your book out in the hands of readers? Do you have any events planned that you'd like to tell people about?
Having my book out is both thrilling and terrifying. I honestly didn’t expect this much terror!

Because I’m in Germany, I do feel rather insulated, because most of the people I know personally who want to buy my book are across the ocean. There are a lot of Americans at my current location, though, and I am excited to have a presentation scheduled at the local middle school here in March and May.


Is there any other advice you'd like to pass on to others pursuing publication?
When you are ready, get your work out there and learn to take criticism well. It’s always hard to hear that someone doesn’t immediately love your work and want to publish it, but learning to receive feedback well is a gift that will pay dividends the rest of your writing career.


And, just for fun, what's one song that you think relates well to FAIRY KEEPER, and why?
The song “Fireflies” by Owl City comes to mind, because my fairies look a lot like fireflies in the fields during summer. It’s how I always pictured them. Sierra experiences some dreams that are "real bizarre," too, about mid-way through the book, and she's uncertain if she's awake or asleep. On a more practical note, I heard that song a lot when we first moved here and I was working on edits, so the two will always be entwined for me now. Here’s my favorite video of the song, performed in American Sign Language by D-PAN (Deaf Professional Arts Network). I don’t know much ASL, but I do think it’s a gorgeous language.

Thanks, Amy! Congrats on your debut!

Click here to buy FAIRY KEEPER!
Posted by Unknown at 12:30 AM