While the setting may seem like a simple part of the story, it can actually have a huge impact on what is going on. Some stories have more pronounced settings than others. In some books, the setting is more of a subtle background, the stage on which the actors play, while in others, the setting is almost a character in and of itself. Either way, the setting is a very important part of a story.

The events detailed in The Scarlet Letter, for instance, either wouldn't have happened or would have happened in a very different way with a very different outcome if the story had been set someplace like the farthest frontier outpost or a Native American village or in the southern states...even during the same time period. The setting of a story, not just the physical location but everything about it (time of day, season, outside (forest or beach) or inside (and what type of building if inside)) can greatly impact the success of a story.

This is something that I've been paying particular attention to recently because of my current WIP. It's a road trip romance that I had initially set in during the winter. But, my editor and I got to talking the other day. This book will release in the summer - and we just weren't sure if people would be interested in reading a book set in the winter when they were laying on a beach somewhere or finally reveling in a little warmth after a long, cold winter. 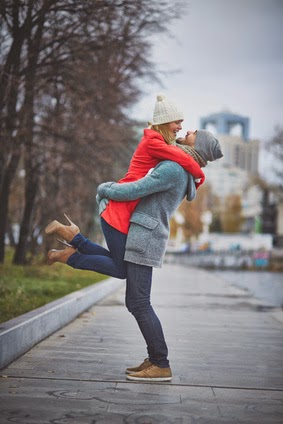 So, I am currently in the process of changing winter into summer (just wish it was this easy in real life) ;-) And I've been a bit surprised by how many tiny little details I sprinkled throughout the story that have to deal with the weather. From my character's clothing to descriptions about the sky and landscape to whether or not my characters can see their breath when they speak - even details about how the react and interact with each other. Bundled in snow suits they can only speculate what the other may look like with less layers. Stripping down to the bare minimum because of the heat leaves little to the imagination.

In the long run, I think we've made the right decision. I'm really enjoying the different scenarios I've been able to pen because of the season change. And I actually need to get back at it because this book is due in two weeks and there is still a lot of work to do ;)

I am curious though - how do you feel about reading books set in a different season than what is going on in real life? Would you want to read a winter set book in the middle of summer?

I hadn't thought about it before this, but honestly...I think I do tend to gravitate toward seasonally parallel books. I don't generally pick up a book with a snow-covered picture on the cover in the middle of summer. I never realized that before :)
Posted by Michelle McLean at 8:42 AM