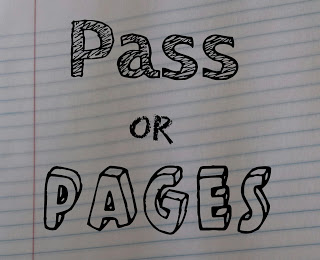 Hidden from the world by century-old pines,[US1] is a small Midwest town populated by a stuttering priest, a lesbian biker, a palm-reading waitress, and a strange hermit.[US2]

Sheriff Jimmy Beal sits in the cruiser pondering life after death, Vera Henderson looks in the mirror and ponders whether she's capable of committing murder, and Ham Forney simply wants his mother back.

COLLARED is a 73,500-word[MG] adult mystery novel - Garrison Keillor meets Fargo. Told from a multiple POV with interwoven story lines, COLLARED is the story of Eden Bay, where people have gone missing, cats are being killed and someone keeps sending large sums of money to the church.
In the book's climactic scene between the vengeful Ham Forney and his surprise killer, some residents of Eden Bay will be freed from the collars that restrain them while others will remain forever bound.

[US1] Misplaced comma, 1st concern, awkward first sentence.
[US2] So it is populated by these four, i.e. a population of four. I would stop right here. I think you ought to be more precise in your descriptions and what they actually mean.
[CF] This query is very confusing. It lists four people in the Midwest town, then describes three. Also - the sheriff doesn’t sound like he is one of those original four. You don’t want to mention too many characters in your query as it leads to confusion
It also doesn’t show what the central story is. Instead, it has a lot of hints at several stories. What is the main plot? Is it the missing people? Is it Ham’s vengeance? Find that central point and focus the entire query around that. The sheriff is the main investigator, are any of these other characters helping him investigate or all they all suspects? That would be something that would be helpful to know.
You don’t need to mention everything that is happening in the query, but you do need to make sure it hooks the agents. Right now, I am confused, which is too bad because this is exactly the kind of mystery I am looking for.
[MG] Under 80K is too short for me. Pass.


Chapter 1 - The Fourth Cat
To say that Sheriff Jimmy Beal was angry would have been a vast understatement. Anger was simply the flame under a bubbling cauldron of loss, frustration, despair, resentment, and fear that made up his life. [US]

“This is the last thing I need,” he mumbled as he leaned against the sun-warmed metal of the cruiser and took a drag off his second cigarette of the morning.

It was a sunny, almost balmy day March day, a fact for which he was grateful. He was bone-tired of the low-slung leaden clouds that had covered the sky like a dome for the past five months.

He squinted down at what was left of the carcass, cocked his head and studied it for a long moment. It had been there a day, maybe two. And it looked like all the others.
Something or someone was killing the cats in Eden Bay. Not dogs, not even puppies. Just cats.

And whatever it was, was very tidy. The guts - intestines, lungs, heart - were in one pile and the fur was laying nearby. Like the others, this cat’s head was set carefully on the pelt looking up at the sky. [CF1] Four cats in two months. At least that’s what had been discovered so far. This recent kill had been found in a weed-choked abandoned lot near Brantley Road.
Sheriff Beal eased down on one knee, tugged a pen out of the pocket protector of his shirt and lifted up one side of the pelt.


[US] Over the top description , poor imagery. I would stop here had I requested a sample. Images need to be used more cautiously and precisely.
[CF1] These sentences are wonderfully gruesome. Feels like it is setting the tone for the manuscript.
[CF] This is a solid start, and I really feel like I know who this character is immediately.
Do look at your use of metaphor and simile. Too much too early can be a little distracting.
[LA] Interesting start. Although I’m not into books with animal killings or mutilations, I like the voice and how the writing pulls me in. I’m interested in reading more, please email the 1st 50 pages and 1-page synopsis to lisa at (@) kimberleycameron dot (.) com with #Passesorpages referenced in the subject line and your query pasted in the body of the email. Thank you.